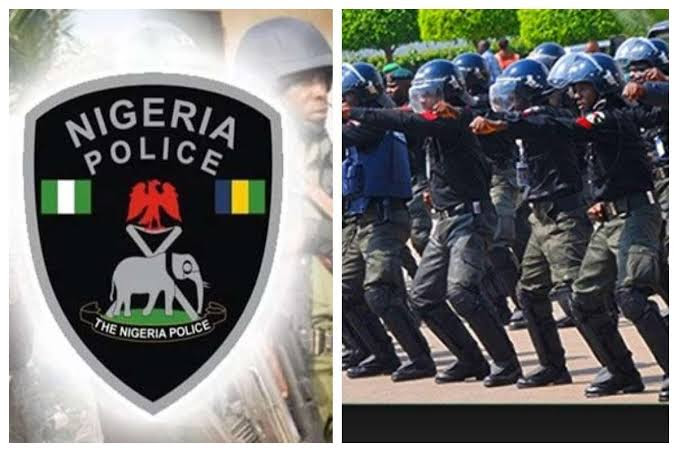 … As Nigerian Navy educates youths on dangers of drug abuse***

The Police Command in Kogi have killed two kidnappers while collecting ransom in Abobo area of Okehi Local Government Area of the state.

Mr Onogwu Muhammed, the Chief Press Secretary to the Kogi governor, confirmed this in a statement on Tuesday.

According to Muhammed, the criminals were gunned down in the early hours of Tuesday while collecting the ransom from representatives of their victims who came from a neighbouring state.

He said the police were able to ambush and kill the kidnappers following intelligent reports from professional hunters in the area.

“Following actionable intelligence report, professional hunters in Okehi local government area of the state ambushed the kidnappers who came out in Abobo area behind Nigerian Iron Ore Mining Company, Itakpe, to collect ransom demanded before the release of their victims.

“Two of the three kidnappers were killed in the process while one escaped into the bush with gunshot wounds with captives freed in the operation,” Muhammed stated.

According to him, the Divisional Police Officer of Okehi LGA, Mr Ovanja Yakubu, said his officers had been drafted to join professional hunters to fetch out the third kidnapper dead or alive.

Muhammed also said Gov. Yahaya Bello, who maintained his position on criminal elements, has assured that the state would not accommodate any criminal trying to deprive the people of their peace.

According to him, Bello said that he is elected and sworn-in to protect the lives and property of the people and will ensure such covenant is kept for posterity.

The governor commended the professional hunters and the conventional security agencies in the state for their tireless efforts in routing out criminal elements from the state.

In another development, The Nigerian Navy on Tuesday organised a seminar to educate youths, particularly children and staff of Immanuel Anglican School, Apapa,  on the dangers associated with drug abuse.

According to him,  the seminar is necessary because of the increase in incidents of drug abuse in the society.

Gbassa said that bringing the seminar to the school was a way of nipping the problem of drug abuse in society in the bud.

“The effect of drugs in our society particularly the youths is far reaching with negative consequences in society.

“The navy is a place where we recruit youths each year and if we do not get it right at this point, people will come into the force with a problem of negative drug abuse.

“Invariantly, this will impact on our operations so, we are in a way, trying to nip the problem in the bud,” he said.

Gbassa said the importance of eliminating drug abuse was so urgent that even a commission had been set up at the national level to address the issue.

“A part of the security problems we are facing is due to youths abusing drugs across the country.

“It is from this premise that the navy has decided to focus on negating drug abuse among our youths,” the FOC said.

He said the Nigerian navy had a tradition of regularly reaching out to host communities as part of measures to enhance people in military corporation.

Gbassa said that the Nigerian navy’s commitment to its  Corporate Social Responsibility (CSR) was a key priority in the vision of the Chief Of Naval Staff, Vice Admiral Awwal Gambo.

“The vision aims at sustaining partnership and catering for the welfare of the host communities in which any naval formation is domiciled.

“This outreach is therefore organised as part of the activities covering social responsibility objectives.

“The Immanuel Anglican School is chosen because of its importance to the upbringing of children in this environment,” he said.

The FOC said  the seminar offered public health and educational services to ensure the beauty and hope of the future generations of this nation.

He, however, noted that the COVID-19 pandemic had limited the scope of the 2021 medical outreach. 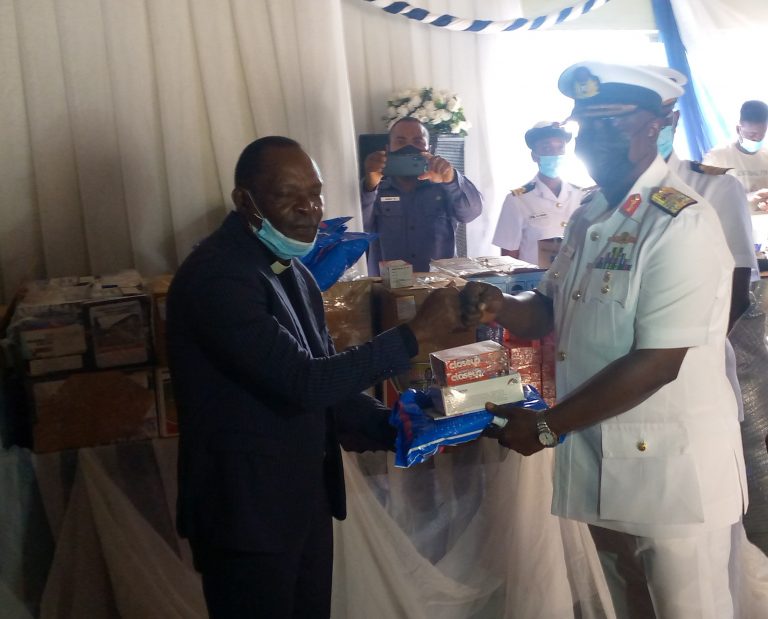 “Owing to the restrictions imposed by the pandemic, this year’s medical outreach cannot be organised in the elaborate form we normally do it.

“The restrictions due to the pandemic has disallowed us to gather people in large numbers for the medical rhapsody which is the norm before the COVID-19 restrictions,” he said.

Gbassa said he was optimistic that the medical outreach would further strengthen the long standing cordial relationship between the Nigerian navy and the Apapa community.

Rev. Basil Iberosi, in his remarks, said that the Anglican church and the community were grateful to the Nigerian navy for the kind gesture because they were impacting positive life to the younger ones.

Iberosi said that drug abuse was doing a lot of havoc to the society and that this kind of programme was welcomed to help the young ones to avoid drugs.

The reverend noted that parents had a role to perform in this regard by monitoring and not becoming negligent to  activities of their children.

“I urge parents to pay close attention to their children and try to understand the life that they are living.

“By this means, we will be able to checkmate the level of drug abuse in the society,” he said.

Iberosi appealed to the Nigerian navy to organise such programmes on a regular basis and also extend the service in subsequent programme to other members of the community and the church.

“As a result of lack of funds, people cannot access the right medical care for their health challenges. This programme will go a long way to solve such problems in the community.

“Apart from the students, the navy, in subsequent programmes can invite members of the church and the community to be beneficiaries of such programmes.

“This will create better impact for their services,” the reverend said.

Master Eugene Paul, A Junior Secondary School 3 (JSS) student of the school said he was grateful for the seminar and that he would avoid bad associations henceforth.

Also, Miss Vivian Uwaoma, a JSS 2 student, thanked the navy for the enlightenment programme and promised to stay clear of bad behaviour detrimental to the society.

Also,  a digital infrared thermometer was given to the school.