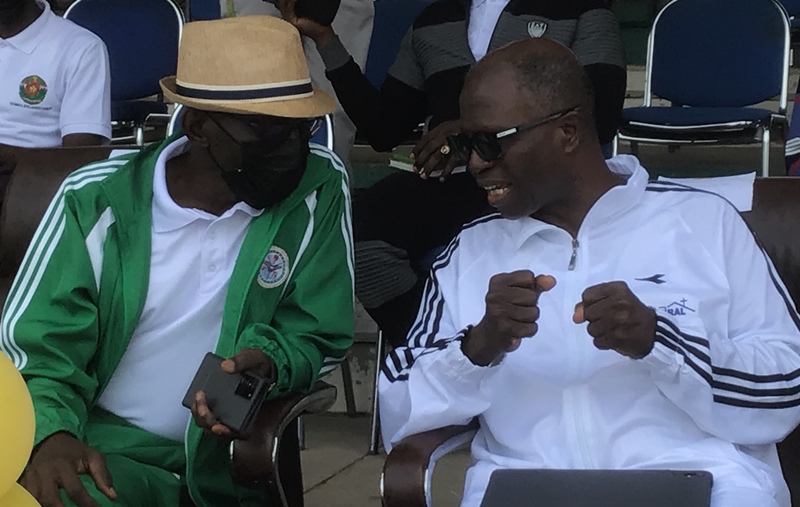 Chief of Defence Staff, Maj.-Gen. Lucky Irabor, has described sports as the foundation for discipline and a great weapon to curb youth restiveness in the country.

Irabor said this on Sunday in Abuja as a special guest at the opening of the 2021 Region 10 Sports Competition of the Redeemed Christian Church of God (RCCG).

He commended the organisers of the competition for identifying and using sports to keep the youths focused.

“I am here for the mere fact that the church has recognised the place of sports in the development of the total man and that of course is the reason I am giving my support.

“In the military, we believe that sports is actually the foundation for discipline; for anybody in the military, sporting activities are part and parcel of our food because without sports we can’t be physically fit to defend the nation.

“For us, we will support any initiative that drives the essentials of having our youths focused and for us to have a healthy nation,” Irabor said.

Pastor Ezekiel Odeyemi, Continental Overseer, Northern Region and Pastor in charge of Region 10 of the Church, said the competition was in line with the church’s Corporate Social Responsibility (CSR).

This, Odeyemi said, was to engage the people in sports and evangelism activities, and taking them off the street as well as reducing the incidence of crime in our society.

“In an often divided world, sports is a unique and important connecting tissue that binds people together both across and within societies.

“Sports transcend all kinds of national, cultural, socio-economic, political and religious barriers, as someone once said, we are all Nigerians on a match day.

Also read: Osaka seeks “privacy and empathy” as she prepares for Olympics

“Sports can create hope where there is despair, it is more powerful than governments in breaking down racial barriers and it laughs in the face of types of discrimination.

“Through this competition, the mission also discovers talents, nurtures and supports them to become agents of change and make meaningful contributions to their families and society at large,” Odeyemi said.

The man of God noted that the church had concluded plans to build a state of the art sports and vocational academy for the youths.

He urged the Federal Capital Territory Administration to partner the church by allocating the land required for this project so it can nurture talents to become agents of change to the society.

The newsmen report that the competition which would last till July 25 has 19 teams participating in 10 different sports.

The participating teams are the Central Parish, which is the Headquarters of Region 10, Youth Province six and Province 11 as well as FCT one to 16.

Godspower Aniefiok put Rangers in front in the second minute of the match played at the Nnamdi Azikiwe Stadium, before Ugochukwu Ugwuoke extended the lead in the 19th minute.

Nalifu Yahaya scored for the visitors in 40th minute to give them hopes of a comeback, which never came as Rangers stoutly held on till the end.

“We are going home to work more on our game, more  especially our finishing, to ensure we get it right in subsequent matches.

“Our strikers did not play the way I expected them to, and we will return home to work more on them.

“But I did tell my players (at half time) that they gave the home team two cheap goals, and that was why they adjusted after the interval,” he said.

Adamu however assured the club’s supporters that the team would win against Abia Warriors in their Match Day 33 fixture on July 18.

Ezeaku said even though the league table looked tight right now, he believed his team still stood a chance of claiming a continental spot.

“This is a big win for us and we are going to keep fighting to ensure we finish the league well.

“Winning against Wikki Tourists, a strong side, makes the result an important one and wonderful.

“I am glad that we garnered the three points at the end of the game and hope the good results continue to pour in,” he said.

Ezeaku added that football fans had expected a harvest of goals considering the time the Flying Antelopes scored their two goals.

“Football is not always straight forward like that, and that was why we scored the two goals.

“We came out after the interval for more goals, but that could not materialise,” the club official said.

The newsmen report that Rangers still occupy the seventh spot on the league with 52 points after 32 matches while Wikki Tourists are in 15th place.