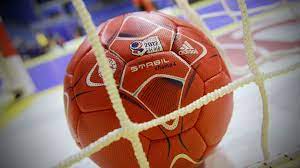 Edo Stars on Monday recorded their third straight loss at the ongoing National Division One Handball League holding in Benin.

The newsmen report that the Edo team, playing their third game in the male category of the league, lost Monday’s match to Gateway 25-19.

On an opening day on Saturday, the team had lost their first game to Mindscope 16-36 and fell to Suleja Shooters in their second game on Sunday by 13-23.

On the other hand, Tojemarine continued their impressive run in the league by recording their third consecutive win on Monday.

Tojemarine began their back-to-back triumph on Saturday by beating Suleja Shooters 31-16 and Adorable Stars 17-14 on Sunday, before capping their treble triumph on Monday by beating Gateway 25-17.

Other teams which recorded wins on day three of the handball league are Police Machine, Unity Boys and Benue Buffaloes.

The Police Machine defeated Mindscope 18-10, while Unity Boys and Benue Buffaloes won by 18-17 and 25-17 against Owena Kings and Bayelsa United respectively.

In the female category, Abia Valiants beat their Police Machine opponents 22-17, while the encounter between Confluence Queens and Mindscope ended at 18-18.

The National Division One League, a qualifying tournament for the Prudent Energy Handball Premier League, continues on Tuesday.