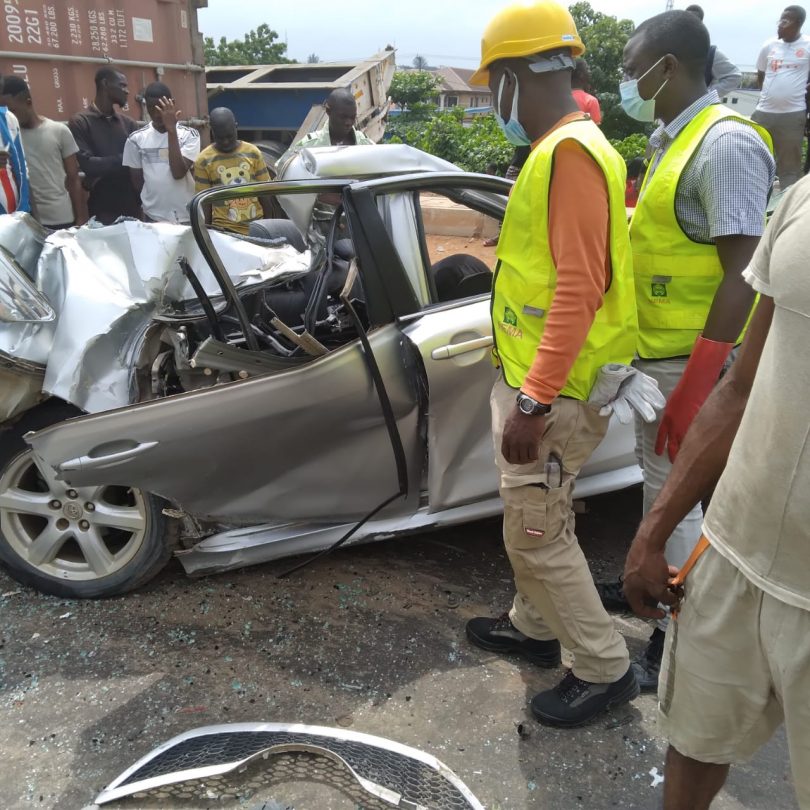 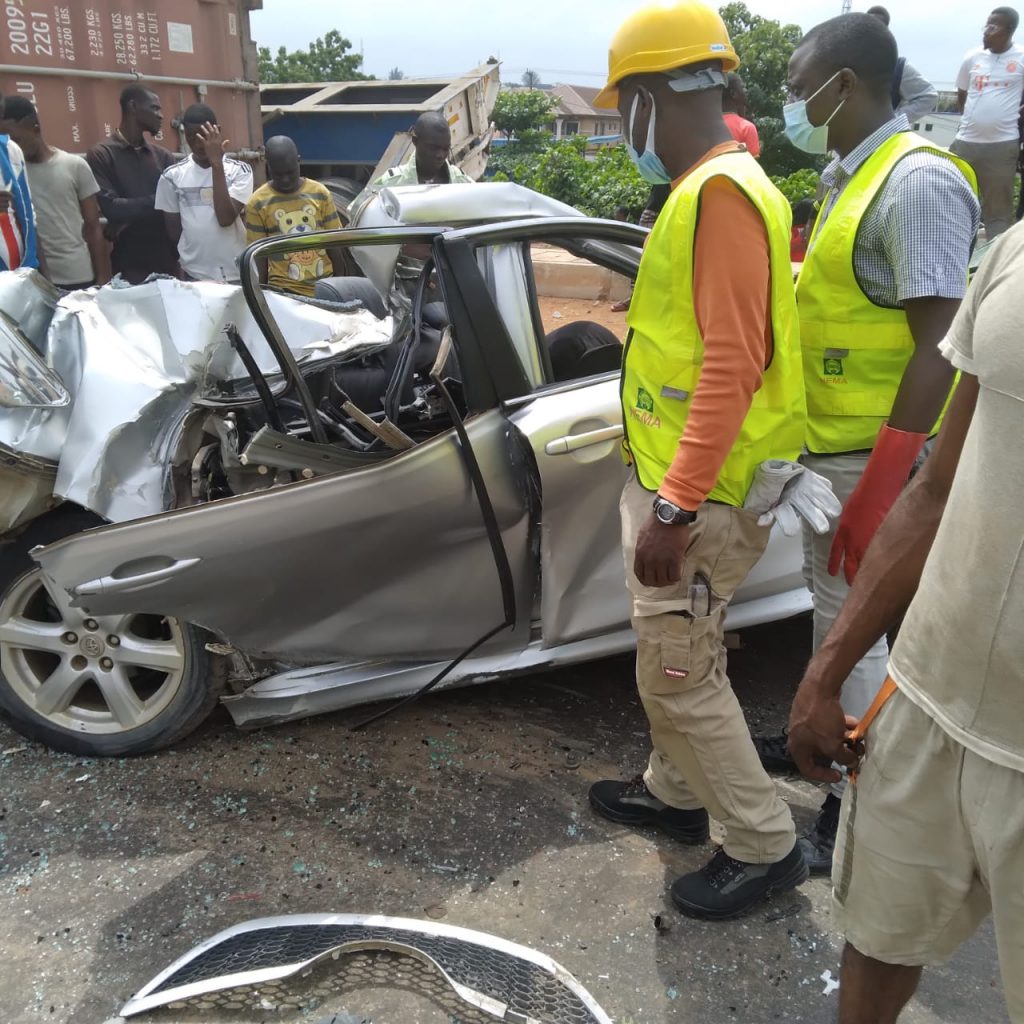 NEMA Officials at Otedola, Lagos, scene of the accident on Sunday

Farinloye made the confirmation at the scene of the accident on Sunday in Lagos, noting that the Containerised trailer lost control while descending towards Otedola Bridge.

“In the process of trying to park off the road, the Container fell off the body of the vehicle and landed on top of another vehicle driven by a woman who was seriously injured. 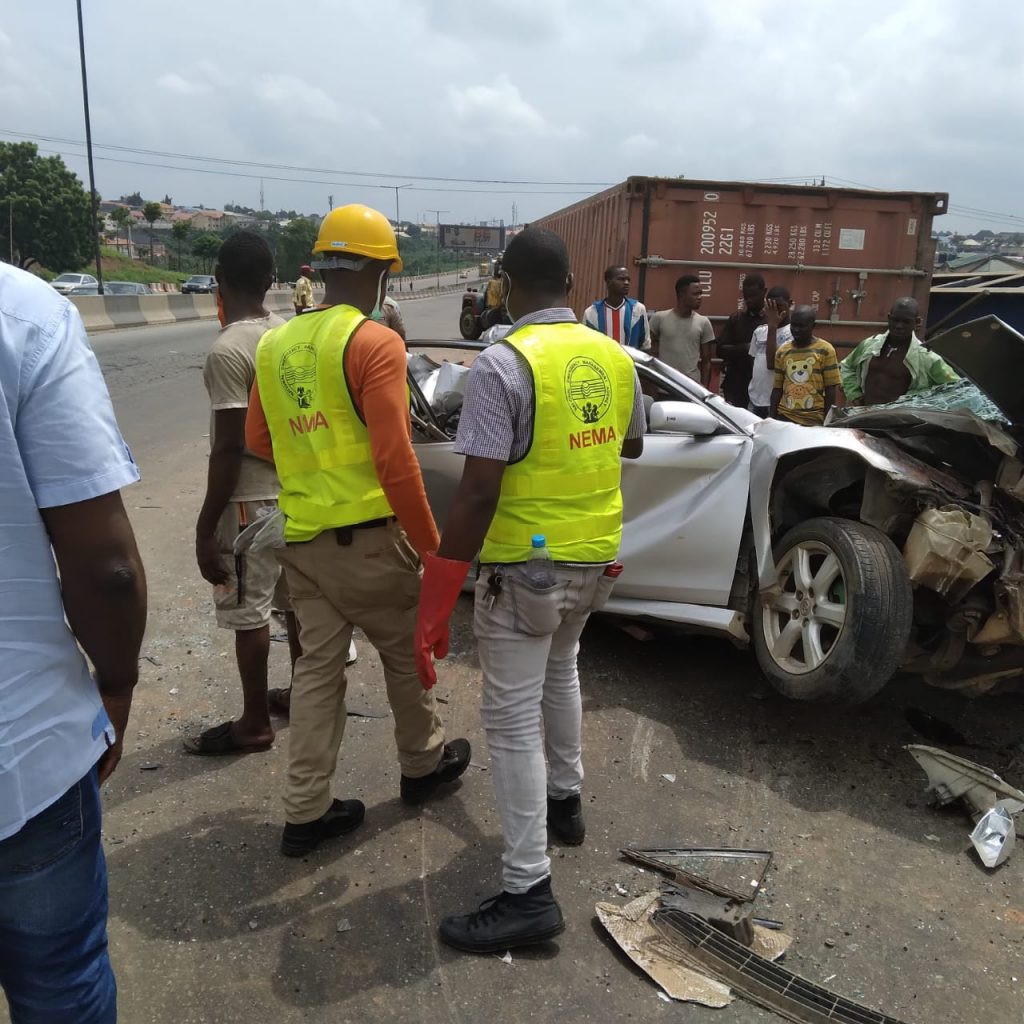 “She had been rescued to Lagos State Accident and Emergency Centre located at Old Toll Gate by 7UP.

“A young man who hawks snacks along gridlock traffic-go-slow was crushed to death in same incident”, Farinloye said.

He highlighted that NEMA had introduced a special operation tagged: “Safe Eid El Kabir” which was aimed at assisting the lead Agency in road safety to help reduce road traffic crashes when it happened.

The Lagos Acting Zonal Coordinator, said that the operation was to ensured that rate of fatalities were reduced to minimum level. 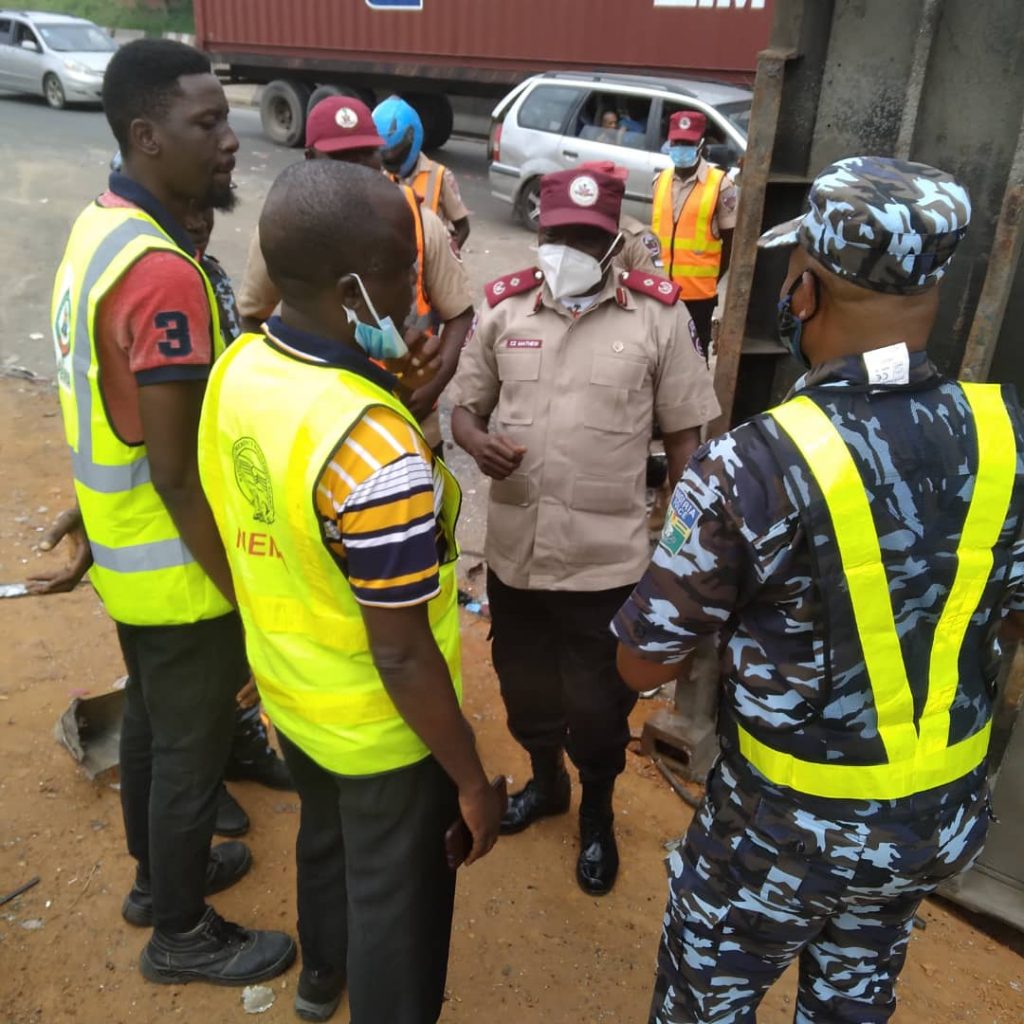 He said that it was important to inform travellers that impatient and failure to obey traffic instructions were the major causes of the ceaseless gridlock being experienced between OPIC Centre in Ogun State and Berger Junction in Lagos.

Farinloye equally identified the activities of those buying livestock as another factor which disrupts free flow of traffic along the corridor.

He said that NEMA and Federal Road Safety Corps (FRSC) Lagos Sector were working toward solving the problem.

“Earlier this morning, a lone accident was recorded at Lotto Corridor in Ogun State with a truck fully loaded with bamboos at about 0520 hours blocking the Lagos – Ibadan end of the road. 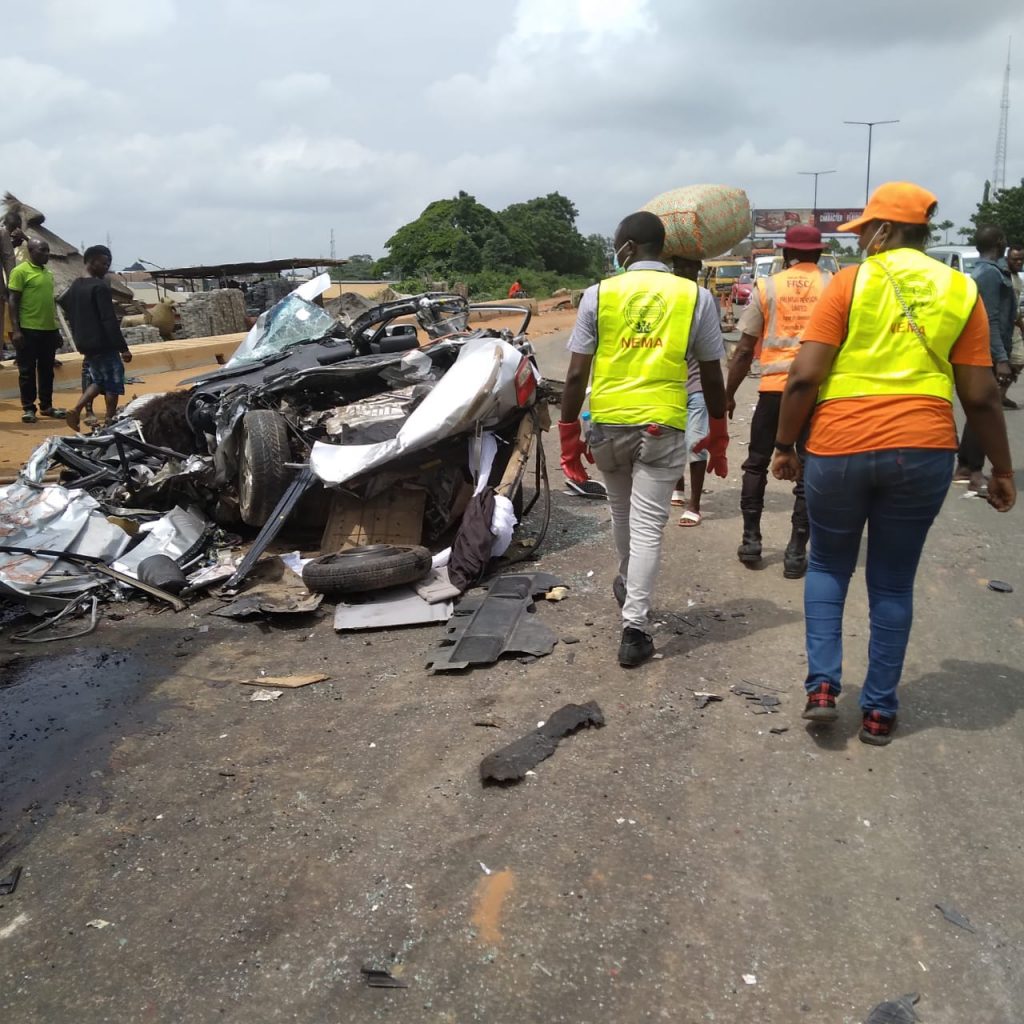 “It took almost four hours before the trans-loading and clearance of the obstruction was completed.

He said that NEMA had appealed to motorists to exercise utmost caution while driving in this festive season.