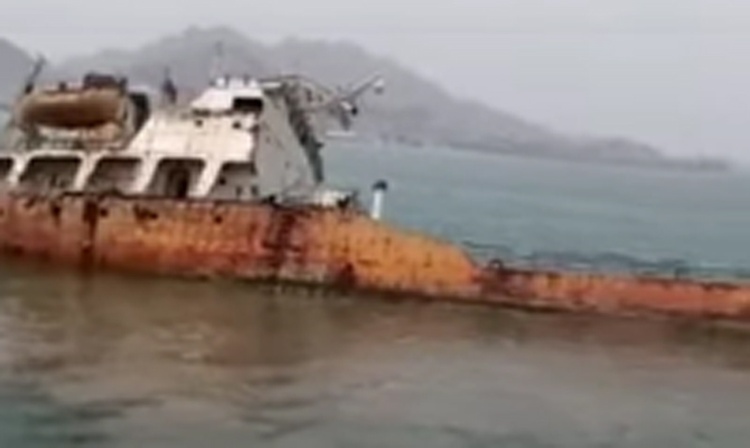 An abandoned tanker, under the name of DIA on July 18 reported sank, off Aden port, Yemen.

Abandoned about seven years ago, the tanker reportedly owned by a local businessman, was already leaking oil before it sank.

Local reports said tanker no updated data in the ships databases, except being anchored, off Aden for some 7 years, apparently abandoned and unmanned.

“The Fleetmon said the video of the distressed tanker was already posted on youtube.