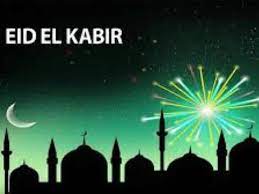 Both the NSCDC and FRSC have deployed a total of 2,036 men to be in strategic locations during the period.

This is just as the police command in the state assured the public of adequate security before, during and after the celebrations.

The NSCDC said it had concluded arrangements to deploy 1,500 operatives to provide security across the state.

Mr Mohammed Tukur, the Command’s spokesperson, highlighted this to newsmen on Monday in Katsina, saying the decision was to ensure hitch-free celebrations across the state.

He added that those deployed would include armed, unarmed and undercover operatives, ‘’who are to be detailed on every strategic location.

“Some of the locations include markets, parks, religious places and major area.

“The command is also urging the public to be law-abiding in their conduct during the period and to be vigilant”.

Also, the Federal Road Safety Corps (FRSC) said it had deployed 536 regular and special marshals across the state.

Mr Ali Tanimu, the corps commander, made this known during a rally at the National Union of Road Transport Workers (NURTW) Motor Park in Katsina.

He cautioned commercial and articulated vehicle drivers to install a speed limit device or be ready to face the wrath of the law.

The police spokespersoni in the state, SP Gambo Isah, also said in a statement that adequate arrangements had been made to secure all pray grounds, recreational facilities, flash and vulnerable spots in the state.

He urged the public to support the security agencies by providing useful information on any suspicious person or group.