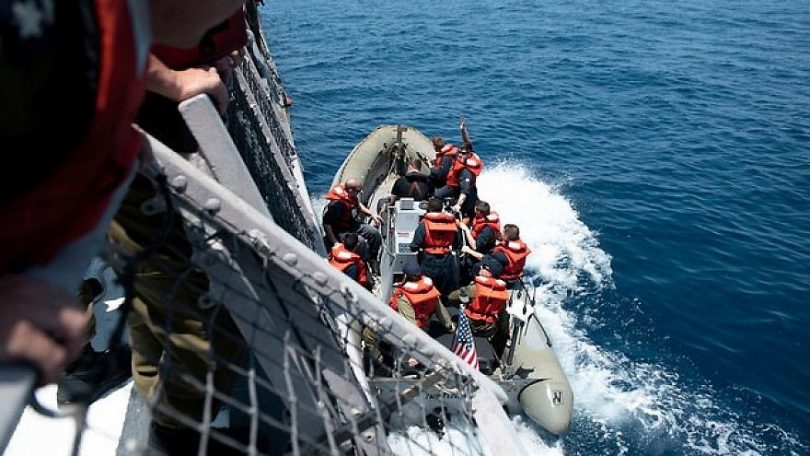 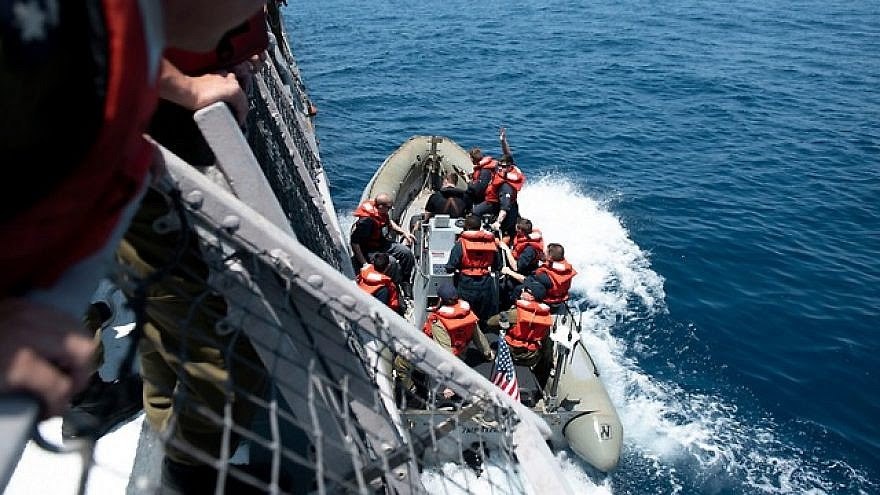 Mighty Waves 2019,” a multinational naval drill that is based in the Haifa port. Source: IDF Spokesperson’s Unit.

Col. Uri (full name not released) took up his position during a ceremony at Haifa Naval Base attended by the Israel Navy Commander, Vice Adm. Eli Sharvit, and other senior naval commanders.

Col. Uri’s predecessor, Col. Guy, has been commander of the submarine flotilla for two years and is due to become head of the navy’s Operations Department.

“I would like each and every one of you to sense pride, as I do and as your commanders do,” Sharvit said during an address at the ceremony.

“Guy, you marched the flotilla to the operational peaks and the complex force build-up processes with a confident hand, and I trusted that you would know to be the one whose feet are planted firmly on the ground. You’ve done this with great skill,” said the navy commander.

Sharvit thanked the 7th Flotilla (Shayetet 7, the submarine flotilla) for its extraordinary journey, which he said led it to a “new place” in its ability to activate force at sea.

Turning to the new commander, Sharvit said: “You, Uri, are prepared to receive the flotilla at this junction, and this is indeed a challenging junction that reflects an operational peak, which must be continued and safeguarded.

In another development, the Israeli Interior Minister Ayelet Shaked has granted permanent residency to A., a Palestinian man who saved the lives of three members of the Mark family following a terrorist attack in 2016.

“We will never turn our backs on a friend,” says Israeli Interior Minister Ayalet Shaked.

The father of the family, Michael, lost his life in the attack, but his wife Chava, son Pedaya and daughter Tehila survived thanks to the first aid provided by A. and his wife, who also alerted law enforcement. 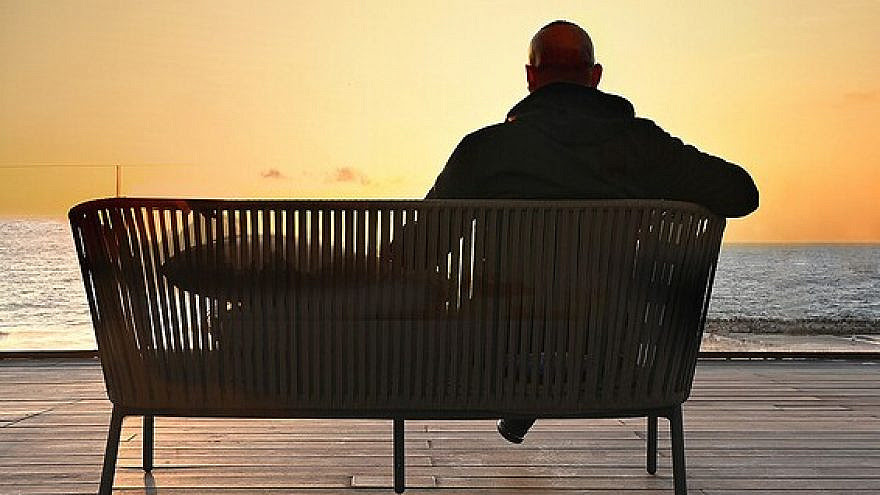 A Palestinian man who had to flee the Palestinian Authority after coming to the aid of Jewish victims of a Palestinian terror attack in 2016. Photo: Efrat Eshel.

News of A.’s actions quickly reached Ramallah, and A.’s family began to receive death threats. In an effort to protect his loved ones, he fled to Israel, leaving his parents, wife and newborn son behind. Sometime after, A.’s wife joined him in Israel, and in November 2019, due to public pressure, the Interior Ministry provided the couple with a temporary residence visa.

After granting the two permanent residency, Shaked said: “He who saves one life it’s as if he saved the entire world. A. saved the life of the Mark family in a deadly attack, for which he has been persecuted relentlessly.

We will never turn our backs on a friend. That is why I approved his permanent residency in Israel.”