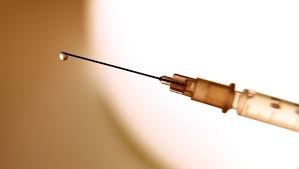 An anesthesiologist in Israel tried to murder the partner of the object of his affections with narcotics, according to an indictment.

The 37-year-old entered the man’s flat in the city of Rehovot about a fortnight ago, the Israeli Justice Ministry announced on Wednesday.

He had repeatedly made advances to the woman, a doctor who worked with him.

The doctor attacked the sleeping man with a stun gun and then tried to inject him with the drug.

However, the victim woke up and managed to push the attacker out of the flat.

The Police stopped the fugitive shortly afterwards and found, among other things, injection bottles with a strong narcotic in his car.

This could have a lethal effect from a certain dose.

The doctor is now charged with attempted murder, theft and burglary.