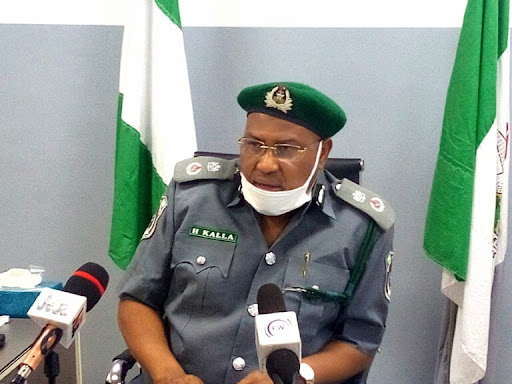 The Area Comptroller, Kebbi Area Command, Hafiz Kalla, made this known on Thursday in Birnin Kebbi while briefing newsmen on the activities of the command during the period.

“The duty value of the items stands at N133.11m,’’ the comptroller said

Kalla also said that the men of the command on July 27 intercepted a tanker loaded with undocumented Premium Motor Spirit (PMS) petrol, while on routine surveillance.

“Officers and men of the command intercepted a tanker with registration number KUR152XA loaded with 60,000 PMS petroleum on Tsamiya/Illo road in Bagudo Local Government Area.

“The driver could not tender relevant documents to convince us of his destination hence he was brought to the office along with the product for further investigation.

“In the spirit of inter-agency collaboration, the matter will now be handed over to the NNPC-led operation created by the Presidency to curtail PMS diversion’’

On revenue, Kalla said that the command generated more than N5 million as fees from the auction sales of perishable and inflammable items during the period.