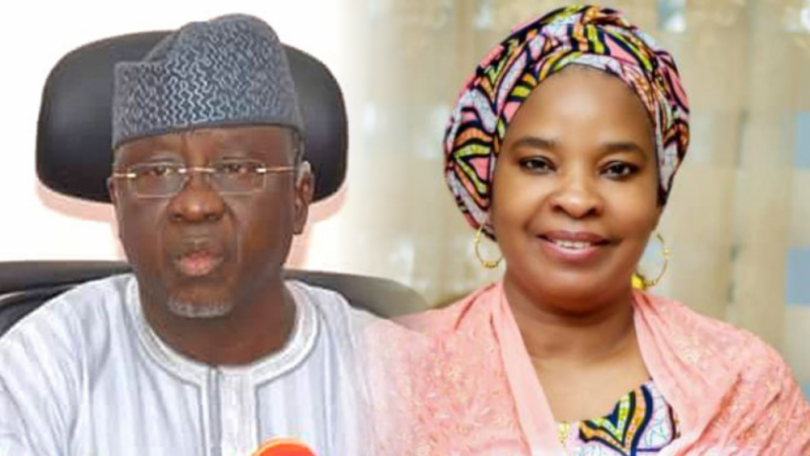 The Economic and Financial Crimes Commission (EFCC) has invited former Governor of Nasarawa State and serving senator, Tanko Al-Makura, and his wife, Mairo, over alleged corruption.

A source at the commission disclosed this to thenewsmen on Wednesday evening.

As of the time of filing this report, the couple were being grilled by operatives of the anti-graft agency at its headquarters in Abuja.

The source did not give details of the allegation against the ex-governor and his wife.

Spokesperson of EFCC, Mr Wilson Uwujaren when contacted by newsmen declined comment on the couple’s arrest.

Al-Makura was the Governor of Nasarawa State between 2011 and 2019 before he was elected as Senator representing Nasarawa South Senatorial District at the National Assembly.

In another development, Gov. Adegboyega Oyetola of Osun has described Micro, Small and Medium Enterprises (MSME) as the potent drivers for a sustainable economic development for the state.

Oyetola said that the values of MSME, in repositioning the economy had made his administration to focus on its growth, through various financial supports.

The governor made the remarks during the Sensitisation Programme for the beneficiaries of the seventh edition of Medium, Small and Micro Enterprise Development Fund (MSMEDF) on Wednesday, in Osogbo.

The newsmen report that Oyetola was represented by his Special Adviser on Civic Engagement, Mr Olatunbosun Oyintiloye, at the event.

The governor noted that the development fund, which would be distributed to the growth of MSME, was part of the series of social intervention programmes, targeted towards economic recovery from the negative impacts of coronavirus.

“While our administration has executed and facilitated myriad of social intervention programmes focusing on the youths, women, farmers, and the socially vulnerable, among others, to serve as economic stimulus package after the negative impact of coronavirus.

“This is yet another one which comes with the intent to expand the capital base of our medium and small enterprises for the growth of our economic indices.

“The beneficiaries are hereby urged to use this privilege extended to them with the same purpose for which the funds were given to them, so as to bring the desired result in the state’s economy,” he said.

In his remarks, the Acting General Manager of Osun State Micro Credit Agency, Mr Adesanya Olopade, said the funds were relief loans for business owners in the state.

Also, Alhaji Salam Mojeed, the Chairman of National Association of Microfinance Banks, Osun State Chapter, said the funds were capable of improving medium and small scale businesses and the state economy at large.