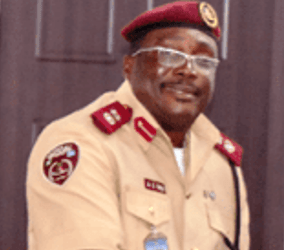 The Federal Road Safety Corps (FRSC) in Edo has said that no fewer than three persons lost their lives in four recent road crashes that occurred within the state.

Mr Henry Benamaisia, the State’s Sector Commander of the Corps, disclosed this on Wednesday in an interview with the newsmen, in Benin.

Benamaisia said that the deaths were recorded from four crashes that occurred during the Eid-El-Kabir celebration in the state.

According to him, the Corps embarked on its Sallah Special Patrol activities from July 16, to July 25.

“The special patrol was aimed at a crash-free Sallah Celebration devoid of traffic hitches.

“The regular Marshals in conjunction with the Special Marshals of the state command, carried out traffic control in different locations of the state.”

He said public enlightenments were also carried out in religious circles, motor parks as well as media houses across the state.

“During this period under review, it was observed that four crashes occurred across the state, with three deaths recorded.

“Out of the four crashes, two were fatal, one serious, and the other crash a minor one,’’ he explained.

He further disclosed that 24 persons comprising 19 male adults and five female adults were involved in the crashes.

“Similarly, to ensure high level of compliance to road traffic rules by motorists, patrol enforcement activities were adequately carried out.

He advised motorists to be disciplined, tolerant and obey traffic laws at all times.

Ogungbemide disclosed this in a statement by the FRSC Route Commander and Public Education Officer, Mrs Olabisi Sonusi, in Lagos.

He explained that the command had began a special operation, tagged “Operation Thunderstorm”, to clamp down on Very Important Personalities (VIPs) for flagrant disobedience to the National Road Traffic Regulations.

According to him, the corps has noticed a new trend of aberration and disregard to law and order.

“A situation where some VIPs and motorists change one of their Number Plates, which comes in pairs, with their pet names or their popular slogans can no longer be tolerated,” he warned.

The sector commander said that the operation had recorded 110 traffic offenders for number plate violation and other offences in private and commercial vehicles within the state.

He said that the operations  which started July 28, was one of the command’s intervention patrol aim at reducing road traffic crashes and also to stop impunity of not properly affixing number plates and other violations.

“A total of 110 vehicles were issued tickets for 150 various offences, 75 vehicles got impounded and 35 documents were confiscated during the operation.

“The FRSC boss wishes to remind motorists that number plate has security features that should not be tampered with under any disguise,” he said.

The sector commander further explained that private and commercial number plates came in pairs and was meant for front and rear of the vehicle except for articulated vehicle number plates that came in three.

He urged commanding officers to improve operations across the state in line with the corps mandate of 15 per cent road traffic crashes and 20 per cent fatalities reduction.

He also advised VIPs and motorists to revert to using their original number plates, which were not expected to be covered.

He added that in case of any emergency, motorists should call FRSC toll free number 122 for prompt rescue.