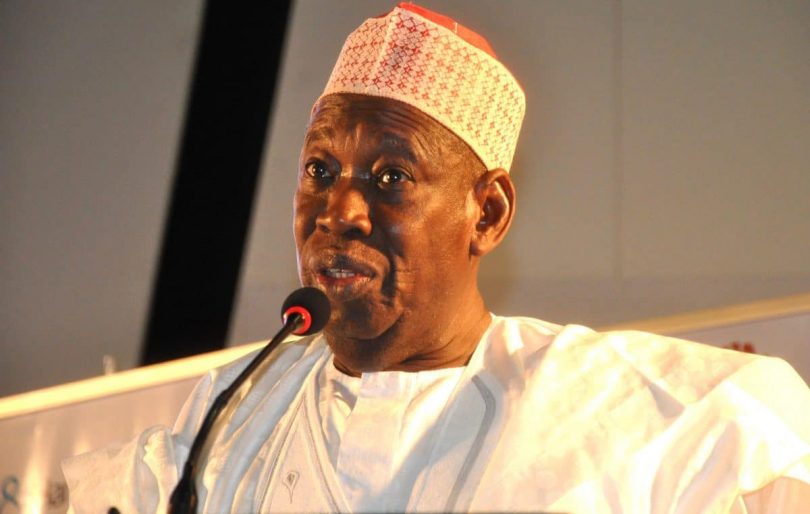 Gov Abdullahi Ganduje made the disclosure on Thursday at opening ceremony of the 2021 Gas Sector Stakeholders (AKK) Forum organised by the Gas Aggregation Company Nigeria (GACN).

“Kano as an export processing zone,  those importing or exporting goods can have their goods directly delivered here. We are exploiting the port for the benefit of our people and economy,” Ganduje said.

The newsmen report the theme of the forum was entitled: “Optimising the Economic Development of the Ajaokuta-Kaduna-Kano “AKK” Gas Project.

Ganduje thanked President Muhammadu Buhari for bringing the project to Kano taking cognizance of the commercial impact on the state.

He said that the state government had established a committee on AKK that sensitises communities along the pipelines and engaged investors on the project.

“In order to attract investors, the first strategy we adopted is to ensure peace and stability in the state.

“We have identified vulnerable areas in terms of security, especially in Dansoshiya forest where we are doing the Ruga settlement and Falgore forest, where we established military training ground.

“We are using technology to monitor these forests and protect our people,” he said.

The governor also said that the government grouped industries at Bompai, Challawa, Sharada, Tokuntawa and the new Tamburawa Industrial area so as to maximise the full advantages of the AKK project in the state.

He revealed that a research conducted showed that 88 industries were functional at Bompai and 78 at Challawa and Sharada.

He further added that about 201 industries were dead and needed to be reactivated, adding that the AKK project would tackle this challenge.

Ganduje explained that the state has advantage in transportation, saying that works were ongoing on the roads that link Kano to Kaduna, Kano to Maiduguri and Kano to Katsina.

Earlier, the chairman, Gas Aggregation Company of Nigeria, Mr Mansur Sambo, said that the forum was to sensitise gas users as a prelude to completion of the project.

He said that the project would assist to revive moribund industries in Kano and other state that the pipelines would pass through.

Sambo noted that most of such industries were supported with power supply for their operations.

According to him, AKK project would restore the loss glory of those industries.

He also thanked the Federal Government for reviving the project, which had been comatose for the past 30 years.