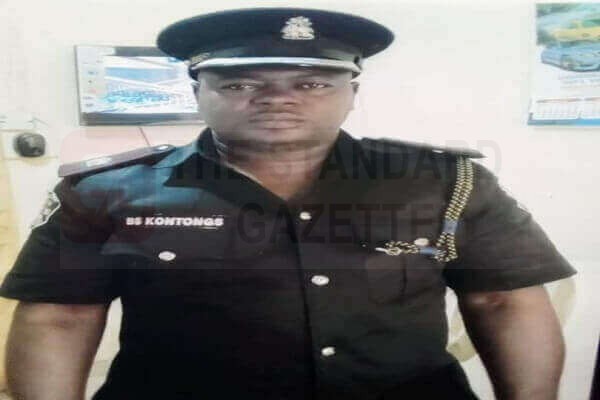 … As Court remands 4 for alleged robbery, kidnapping in Ibadan***

The Police Command in Edo, on Wednesday, said that it had rescued 13 kidnapped students of Naval College of Engineering, Sapele in the state.

Bello explained that the students were travelling in an 18-seater bus from Kaduna to Sapele when the bus was intercepted by hoodlums suspected to be kidnappers on Ekpoma-Benin Road, Iruekpen in Esan-West Local Government Area of the state.

He said that on receipt of the information, operatives of the command swung into action and rescued 13 of the victims, while one came back from the bush on her own the following day, with five of others still with the kidnappers.

Bello added that efforts had been put in place to rescue the remaining five victims.

He described as fake and misleading, news doing the rounds, especially in some online news portals, on the alleged kidnap of seven naval officers said to be travelling from Kaduna to Delta on Benin-Sapele Road.

He quoted the fake report as stating further that the command rescued five of the victims, two of them still with their abductors and that efforts were on by the operatives of the command to rescue the remaining two.

“The command wishes to refute this fake and misleading news that is capable of pitting the navy against the police and diverting attention of the two security agencies from doing their work of protecting lives and property,” he said.

The police spokesman added that none of the reporters of the online media visited him in his office or called him on the phone to confirm any story.

“The closest to the incident is that of the students of Naval College of Engineering, Sapele, who travelled in an 18-seater bus from Kaduna to Sapele.

“The bus was intercepted by hoodlums, suspected to be kidnappers, on Ekpoma-Benin Road, at Iruekpen in Esan West Local Government Area of Edo.

“The command, therefore, enjoins the general public to disregard the fake and misleading news, orchestrated by mischief makers to pit the navy against the police and further create tension among commuters and motorists.

“The command also assures the general public that those behind the fake, fabricated and misleading news will be tracked and made to face the full wrath of the law,” Bello said.

The defendants, whose addresses were not provided, are being tried for conspiracy, armed robbery and kidnapping

The Chief Magistrate, Mr Olaide Amzat, who refused to take the plea of the defendants due to lack of jurisdiction, ordered that the case file be forwarded to Oyo State Director of Public Prosecutions (DPP) for advice.

Also read: Hoodlums kill 1, injure others in attack at departmental store in Ibadan

He adjourned the case until Sept. 22 for mention.

The Police Prosecutor, Insp. Opeyemi Olagunju, told the court that the defendants on May 7 about 2p.m at Idi-Ayunre, along Ibadan/Ijebu-Ode road, Ibadan, allegedly conspired and kidnapped one Adebukola Adebayo.

He said the defendants, while armed with gun, allegedly attacked and robbed Adebayo of N10,000 and one cell phone valued at N55,000

He alleged that the defendants kidnapped Adebukola and collected a ransom of N3million from Adebukola’s relatives before releasing her after spending four days in their captivity.

Olagunju said the offence contravened Sections 1 (2), and 6 (B) of the Robbery and Firearms (Special Provisions) Act, Cap RII Vol.14, Laws of the Federal Republic of Nigeria, 2004.

He said the offence also contravened Section (2) and punishable under Section 4 (2) of the Oyo State Kidnapping (Prohibition) Law, 2016.