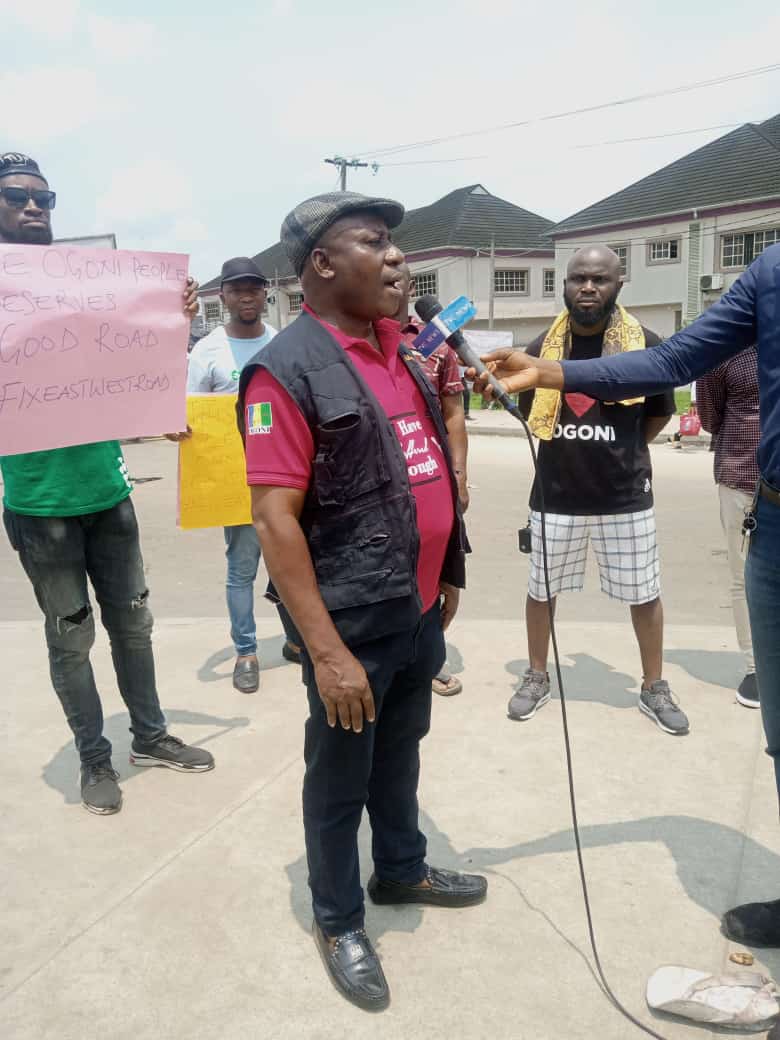 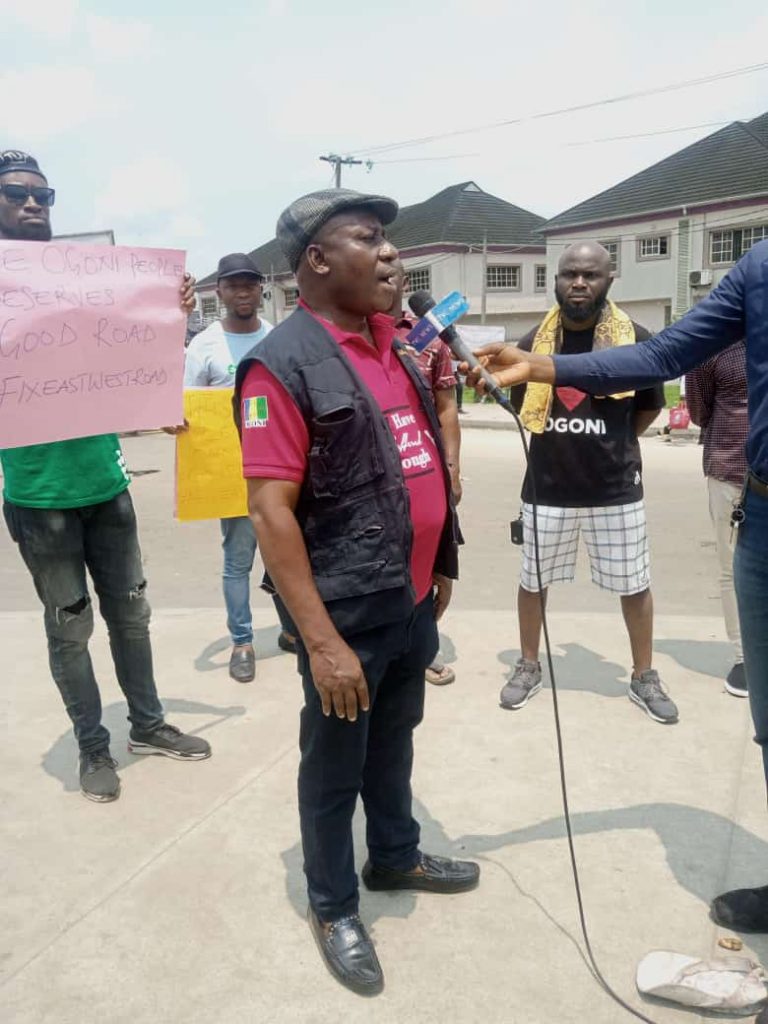 … Protesters say no end in sight for East West Road!***

The fierce solidarity and peaceful protest for quick intervention and Fixing of the Eleme/Onne Section of the East West Road on Wednesday entered Day 3.

“The momentum is waxing stronger as more ethnic nationalities and Civil Society Organizations are aligning in support of the protest”, one of the protesters told the Maritime First.

He also disclosed that the organisers were resolute on continuing the authorities address protesters’ grievances. 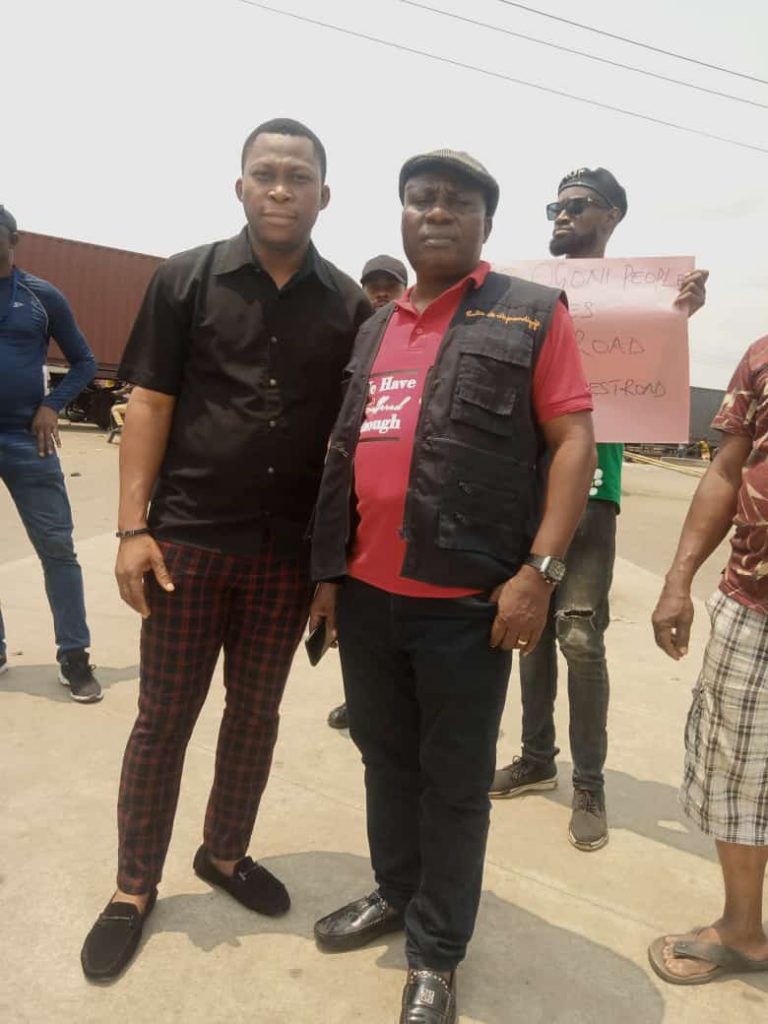 “No end in sight on this protest until the government under the Ministry of Niger Delta is willing to intervene in funding the project or transfer the project back to the Presidential Infrastructural Development Fund (PIDF), for immediate execution of the project”, he stated further, stressing:

“We say ENOUGH IS ENOUGH!”

But shedding greater lights on the issue, an informed commentator, in Port Harcourt, Comrade Abiye S George highlighted that the people were protesting because they felt seriously abandoned, over a strategic road that had become a conduit pipe.

“It is important that Nigerians are aware of the  position of this protest and to equip our resilience in the cause of this struggle, the importance of the East West road cannot be overemphasized considering the disposition of the region to the stability of Nigeria’s economy. 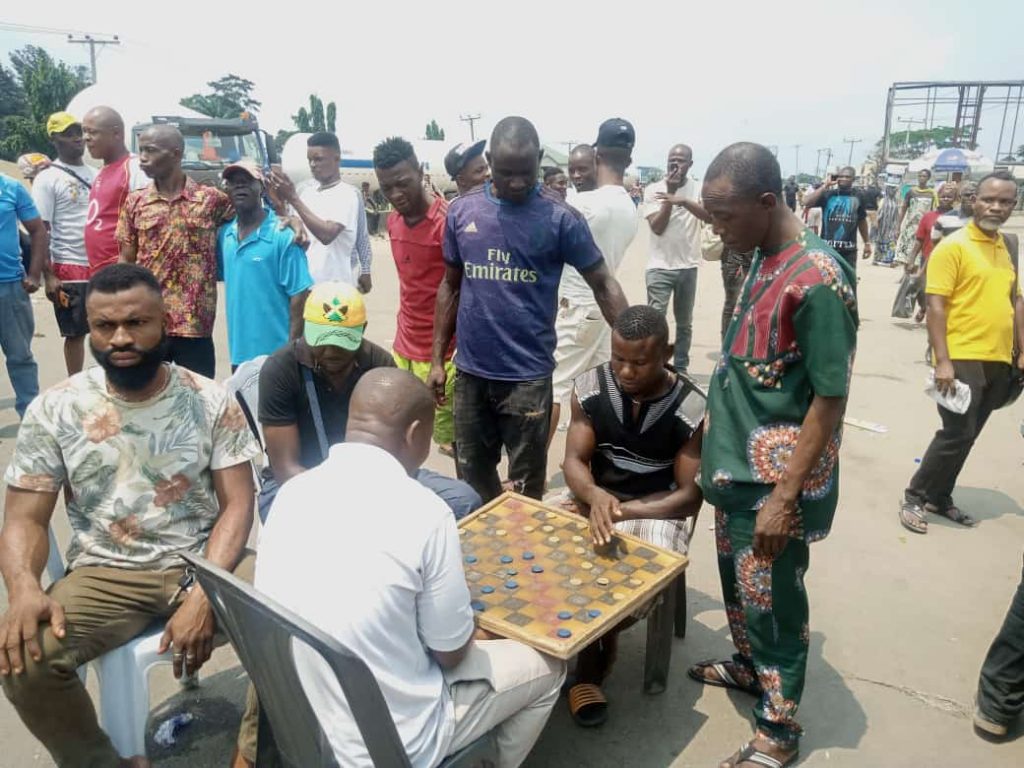 “The project will not only redress infrastructural deficit in the region, its completion would help the transportation of goods that will facilitate movement of farm produce, assist the oil industry in terms of oil production, restiveness and boast the economic livelihood of the people and the country in general.

“The East West Road (Section II – Port Harcourt to Onne Junction) project was awarded under President Obasanjo in 2006, yet barely much was done.

“The President Buhari led government in his gracious magnanimity set up the Presidential Infrastructural Development Fund (PIDF) to facilitate major projects in the nation. 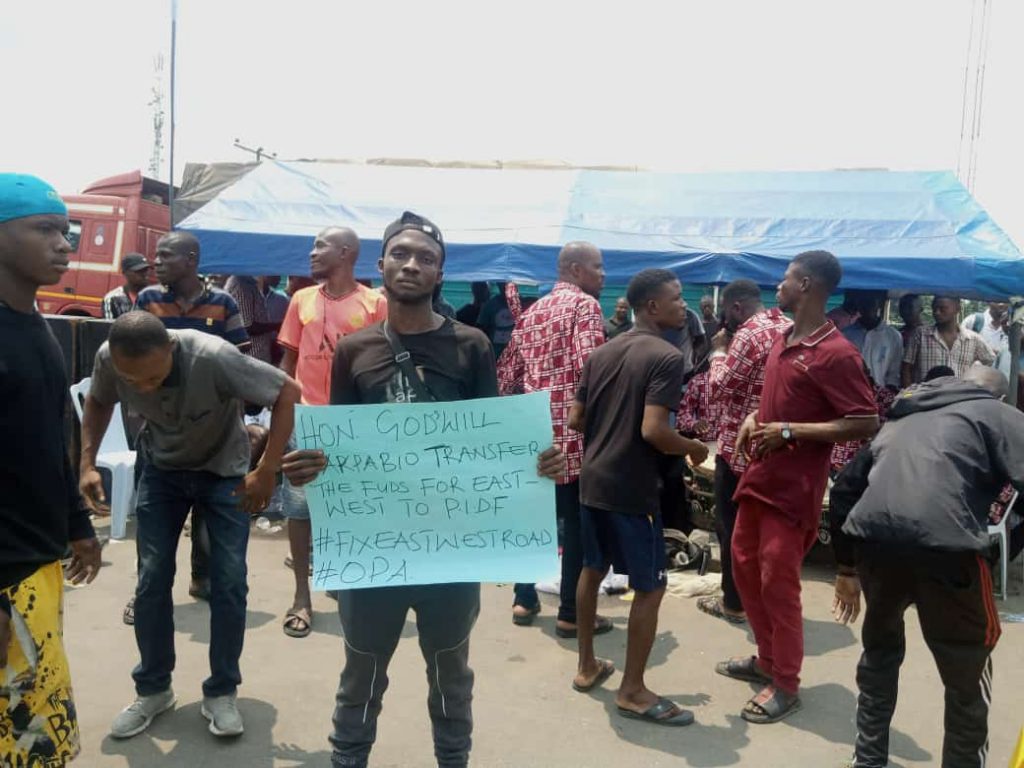 The PIDF managed under the  Nigerian Sovereign Investment Authority (NSIA), with an initial funding is an initiative aimed at eliminating the risks of project funding, cost variation and completion that have plagued the development of the nation’s critical infrastructure assets over the last few decades.

Ongoing projects mostly impacted by paucity of funds with the intervention of PIDF include the 2nd Niger Bridge, Lagos to Ibadan Expressway, East—West Road, Abuja to Kano Road, and Mambilla Hydroelectric Power.

Serious construction works are ongoing with over 65% completion, while that of the East West Road has been a different issue due to failure from the Ministry of Niger Delta, whom under the leadership of Sen.

Godswill Akpabio applied to pull out the project from the PIDF under the approval of the then Chief of Staff to Mr President Abba Kyari, back to his ministry with the promise to handle the project with funds from the ministry of Niger Delta for reasons best known to him and suspicious to Niger Deltans, because every project funds from PIDF are paid directly to contractors while the overseeing ministry supervises. 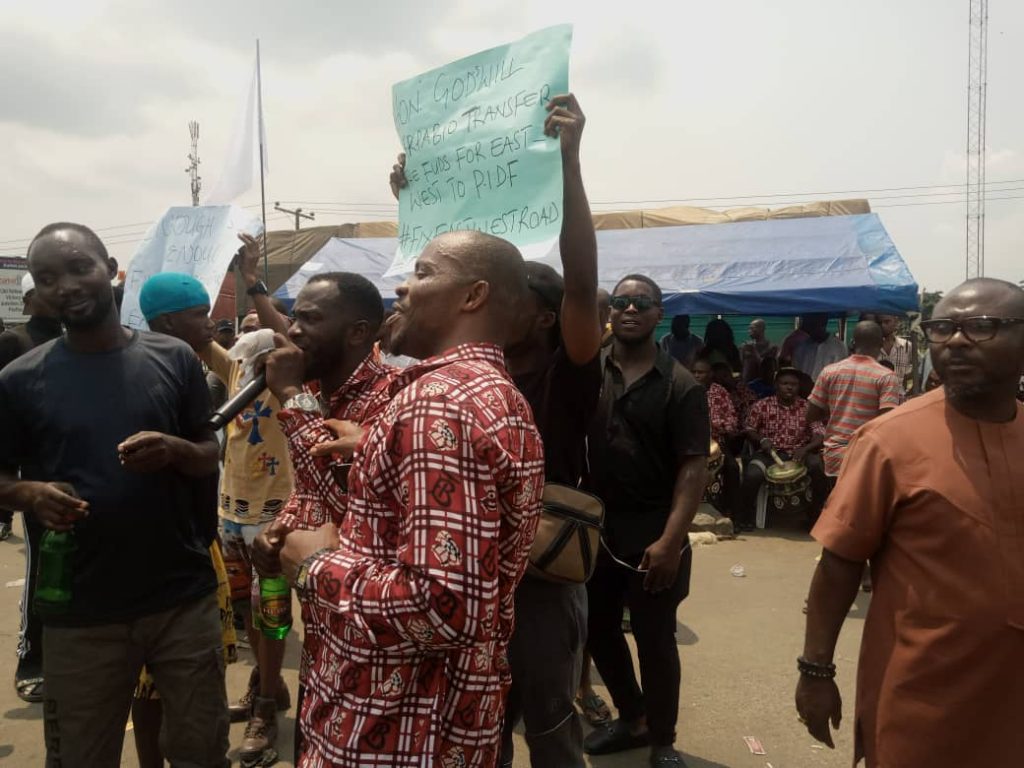 “The Eleme/Onne section of the East West Road project has been under the purview of Reynold Construction Company (RCC), where issues of variations in compensation and cost of Bill of Engineering Measurement and Evaluation has increased and for inadequate funding from the Ministry of Niger Delta, this section of the project has been stalled.

“The questions burning for answers are why pull out the project from the PIDF to the Ministry of Niger Delta, hence the prayers and agitations of the protesters are that the Niger Delta Ministry under Sen Godswill Akpabio should come with either immediate funds for the project by mobilizing contractors to site from any funding source available or return the project back to the PIDF so as the project can actualize the pace of it’s contemporary projects like the Lagos Ibadan road, Kano- Abuja Road, 2nd Niger Bridge under the supervision of working Minister of the Federal Ministry of Works Babatunde Fashola!”, Abiye George explained further.