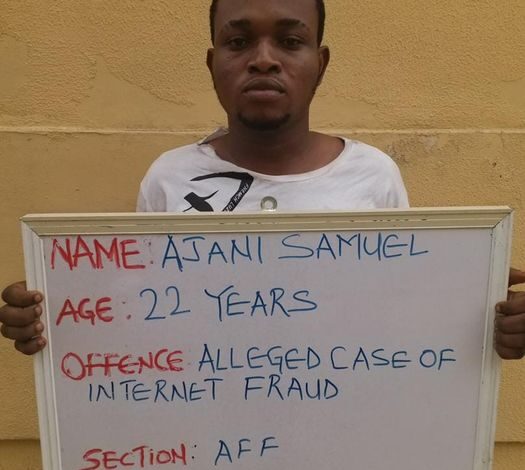 A Kwara State High Court sitting in Ilorin, on Thursday, sentenced a final year student of the University of Ilorin, Ajani Samuel, to two years in a Correctional Centre.

Samuel was convicted over offences bordering on cybercrime and romance scam.

The Ilorin Zonal office of the Economic and Financial Crimes Commission, (EFCC) secured the conviction.

The presiding judge, Justice Sikiru Oyinloye, said the court considered the evidence placed before it and the plea of guilt entered by the defendant.

“The evidence of the sole prosecution witness remained credible and reliable, even after the cross-examination.

“The defendant entered defense but failed during the evidence of the prosecution.

“This Honourable Court holds the view that the prosecution has succeeded in proving its case beyond reasonable doubts.

“The defendant is hereby convicted as charged.” Oyinloye said.

The judge thereby sentenced Samuel to six months imprisonment, on count one with N50,000 as option of fine.

The convict was sentenced to two years imprisonment on count two with N200,000 as an option of fine.

According to the court, the sentences will run concurrently.

The judge also ordered the forfeiture of the convict’s iPhones, laptop, and the manager’s bank cheque of N100,000, raised as restitution by the convict to his victims.

One of the charges against the convict reads: “Sometimes in June, 2020 and May, 2021 at Ilorin, Ajani knowingly had under his control, the sum of 9, 348 dollars through your blockchain wallet linked to your samuelanuoluwa100@gmail.com.

“The money you knew to have been unlawfully obtained, thereby,  committed an offence, contrary to and punishable under section 319A of the Penal code.”