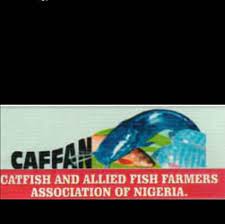 Catfish and Allied Fish Farmers Association of Nigeria (CAFFAN), Oyo State Chapter, has appealed to the state government to facilitate fish markets in local government areas of  the state.

The association made the appeal on Friday in a communique it issued following a conference it held in Ibadan on Thursday.

The communique was signed by the state CAFFAN Chairman, Mr Olutayo Adegbemle, and Secretary, Mr DeJI Adenugba, among other officials and members of the association.

It said that such markets would boost fish production and control sales based on cost of production.

The association urged the government to also provide fish depots to be controlled by its members.

“The idea of this is to be able to sell our fishes wholesale and in affordable but controlled prices to fishmongers,” it said.

According to the association, farmers have a regulated price of catfish from farms in Ibadan and its environment.

”Fish farmers in Oyo State are now in formidable clusters and groups which made us to relate better with one another as a body.

“We continually disseminate relevant information to our members and hold seasonal trainings, seminars on international acceptable practices and standards in fish production,” it said.

It identified as fish farmers’ major challenge, marketing of the fish at sustainable and profitable prices.

“At every economic point in time, farmers operate with a lot of unstable and increasing production cost, but at the point of harvest, farmers have little or no economic power to determine the farm selling price.

“This has been so because most of the farmers rely on the fish mongers/marketers/middlemen to buy their products in bulk from the farm.

“As a result, the marketers tend to dictate the prices, which in so many cases,  is not sustainable or profitable for the farmers,” it added.