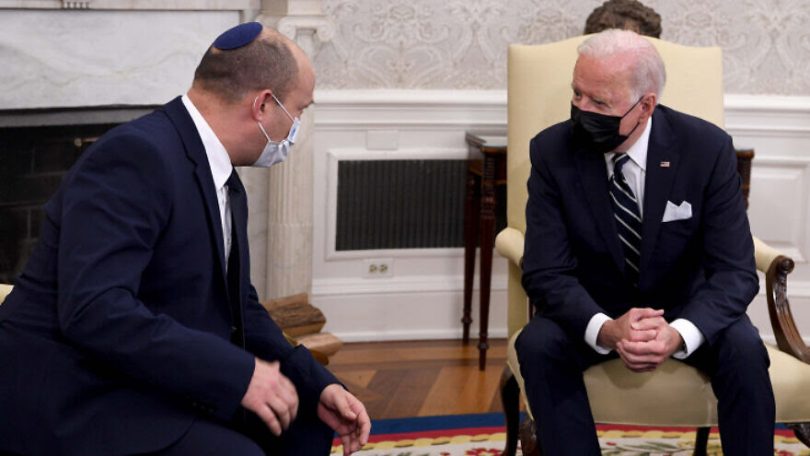 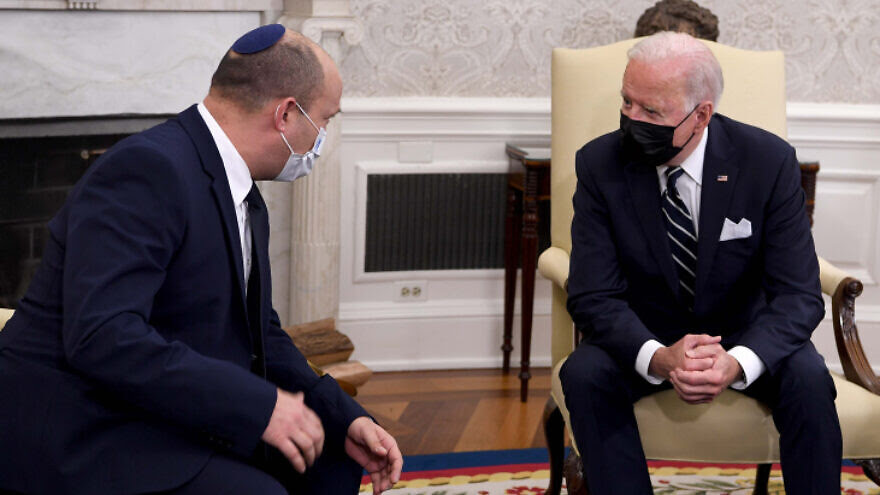 Demolition orders like the one for Arugot Farm’s vineyard are just one way the Bennett-Lapid government is moving toward establishing a hostile Palestinian state in Judea, Samaria and Jerusalem.

The four farmers of Arugot Farm, located on the eastern side of the Gush Etzion settlement bloc, were tense last Monday morning. They had just gotten word that the next day, 100 soldiers were set to storm their farm and uproot their vineyard, planted six years ago in memory of Ezra Schwartz.

Ezra, 18, of Sharon, Massachusetts, was one of three people killed when a Palestinian terrorist opened fire at vehicles stuck in a traffic jam at Gush Etzion junction in 2015.

Five of Ezra’s friends from yeshiva were wounded in the attack, which occurred just a few dozen meters from where Naftali Frankel, Gil-Ad Shaer and Eyal Yifrach were kidnapped and murdered the previous summer. Their abduction and execution set off a chain of events that led to the 2014 summer war with the Hamas regime in Gaza.

Ezra and his friends had been on their way to help build the Oz V’Gaon nature preserve on the eastern side of the junction. Oz V’Gaon is located not far from where the three teens’ bodies were found, and was built in their memory.

Local officials had asked the farmers to build Arugot Farm. It is located on state lands the Jewish National Fund had been unable to maintain. Around 20 years ago, the JNF planted 10,000 trees on the site to protect it from Palestinian land grabs. But in the space of a few hours, Palestinian villagers uprooted all of the trees.

The four farmers and their families moved in seven years ago. Together they cultivate and protect some 40 acres of state land.

Under the 1995 Oslo agreement, Judea and Samaria were divided into three areas: A, B and C. The first two were transferred to Palestinian control. Area C, which made up 60 percent of the area, remained under Israeli control. Israel administers Area C through the Israel Defense Forces’ Civil Administration.

In 2008, then-Palestinian Authority Prime Minister Salam Fayyad unveiled a strategy to seize the lands of Area C, with the goal of choking Israeli communities, blocking their development and transferring control over strategic lands to the P.A. Since then, with lavish funding from the European Union, thousands of acres of state land have been seized by the Palestinians.

Illegal settlements have sprung up by the dozens, and major traffic arteries and access roads to Israeli communities have turned into gauntlets.

In an interview with Maariv last week, Kobi Eliraz, who served as an adviser on Area C to three defense ministers, estimated that as a result of the land grabs, Israel today controls at best 40 percent of Judea and Samaria.

At the farm on Monday, Ari Abramowitz explained the significance of Arugot Farm and the vineyard in the context of the Palestinian land-grab war.

“Our location is the last line of state lands in eastern Gush Etzion. A kilometer to our east is already P.A.-controlled territory. There are thousands of areas where Palestinians have seized control over state lands. Nature preserves are being destroyed and are disappearing. The Civil Administration isn’t doing anything to stop this. But our little vineyard, where we’ve invested hundreds of thousands of shekels of our savings and spent hundreds of hours cultivating, this is what they insist on uprooting.”

Palestinian land seizures are impossible to miss. On the road to the farm, the Palestinians have set up a half-dozen illegal quarries, destroying the biblical landscape and enveloping the three Israeli communities in the vicinity—Ma’ale Amos, Ivey Nahal and Arugot Farm.

“We built the vineyard on survey land,” explained Jeremy Gimpel. 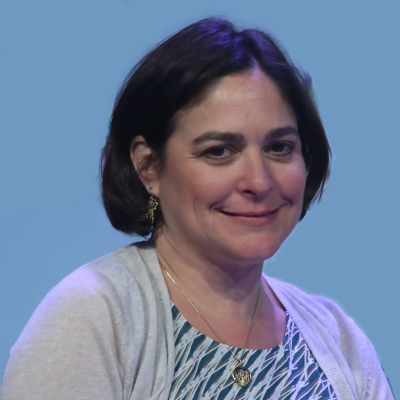 “Survey land” is land the ownership status of which is unknown. When land is delineated “survey,” the Civil Administration is supposed to survey ownership claims. If it can find no credible claims, survey lands are redesignated state lands.

“We chose this spot because of its strategic importance for continued Israeli control of the area. It connects the Arugot Farm, Ivey Nahal and Ma’aleh Amos. The Palestinians want to isolate us from one another by cutting off the contiguity of Israeli control,” said Gimpel.

“The military order to destroy this vineyard is particularly grating because just around the time we planted the vineyard, Palestinians planted an olive grove on survey land on the other side of this mountain. No one is giving them a destruction order,” he added.

A local government official explained that the destruction order for the vineyard is part of a new policy being enacted by the Bennett-Lapid government.

“Since this government came into office, land policies in Judea and Samaria have changed. Until now, although the Civil Administration didn’t fight Palestinian land grabs, it tried to expedite the surveys of survey lands and redesignate them as state lands. That has stopped.

Now the policy is to not survey ownership of survey lands and instead treat them as if they belong to Palestinians, even when no one has claimed ownership,” the official said.

The way things are going, the farmers say, the IDF will uproot their vines and the next day, the E.U. will buy vines for Palestinians who will come in and plant them. The Civil Administration will sit on its hands and the land will be lost.

Destruction orders like the one for Arugot Farm’s vineyard is are just one way the Bennett-Lapid government is engaging in a diplomatic process towards establishing a hostile Palestinian state in Judea, Samaria and Jerusalem.

Although Prime Minister Naftali Bennett entered politics eight years ago brandishing a plan to apply Israeli law to all of Area C, today he is conceding Area C to the Palestinians without a fight.

Bennett’s policies are even more radical than those advanced by leftist leaders like Ehud Barak, Ehud Olmert and Tzipi Livni.

Their peace plans all envisioned Israel retaining control over the so-called “settlement blocs” in a final peace deal with the Palestinians. But the Bennett government is making moves on the ground that will break up Gush Etzion—the settlement bloc most deeply rooted in Israel’s political consensus, even on the left.

Along the boundary between Alon Shvut and Rosh Tzurim is a small cluster of 40 Arab houses that goes by the name Hirbat Zechariya. At its upcoming meeting, the Civil Administration’s planning committee is scheduled to approve a building plan that will add 50 new homes to the cluster.

The new buildings would be constructed in the vineyards adjacent to Hirbat Zechariya.

A local official relayed that the expansion of Hirbat Zechariya is being financed by the French government, which spent 1.25 million euros on the building scheme.

The goal of expanding Hirbat Zechariya is straightforward.

The vineyards where the new housing units are to be constructed are the walking paths that connect Alon Shvut and Rosh Tzurim with all the villages in central Gush Etzion—Kfar Etzion, Elazar, Bat Ayin, Neve Daniel and Efrat.

If the paths become a Palestinian settlement, the communities of central Gush Etzion will be cut off from one another.

Local residents attest that they have spoken with Bennett’s partner, Interior Minister Ayelet Shaked, about the issue and asked for her help. Her reply, they say, is “Talk to Benny.”

That is, she referred them to Defense Minister Benny Gantz, claiming she had no influence on the issue. Notably, the same story has been repeated by concerned residents all over Judea and Samaria.

They have called Shaked, formerly one of the champions of the communities in Judea and Samaria, asking for help. She has pleaded powerlessness and told them, “Speak to Benny,” as if he was the politician they voted for.

After Bennett broke with the right to form his government with the left and the Muslim Brotherhood’s Ra’am Party, he soothed the fears of his voters in Judea and Samaria by telling them that there would be no “diplomatic process” with the Palestinians and that his government’s policies in Judea and Samaria would be limited to the “here and now,” and would not impact the long-term political or territorial end-state. Unfortunately, both of his claims were untrue.

The diplomatic process is taking place on three levels. On the ground, Bennett’s government is informally, but in most cases irrevocably transferring control over Area C to the Palestinians, while transforming Israeli communities—including the ones everyone wants to maintain in perpetuity—into islands surrounded by Palestinian-controlled areas.

In the international area Bennett, Gantz and Foreign Minister Yair Lapid are meeting with foreign leaders—U.S. President Joe Biden, E.U. foreign ministers as well as Arab leaders—and agreeing to multiple demands for Israeli concessions on everything from sovereignty over Jerusalem, to the release of terrorists from prisons, to renewed funding and equipping of the Hamas regime in Gaza and the P.A. regime in Judea and Samaria.

In his meeting last week with P.A. leader Mahmoud Abbas in Ramallah, Gantz agreed to sidestep Israel’s law requiring the government to withhold funding from the P.A. so long as it continues to pay salaries to terrorists. More than 6 percent of the P.A.’s operating budget is spent on payments to terrorists and their families.

By calling the NIS 500 million ($156 million) Israel is set to transfer a loan, Gantz avoided the legal restrictions. He also effectively killed Israel’s long-standing demand that the Palestinians stop waging war against Israel.

His move—which Bennett approved—constituted an abandonment of Israel’s core demand that the P.A. and any future Palestinian entity abjure terror and live at peace with Israel.

To date, the government has refused to reject the Biden administration’s request to open a consulate in Jerusalem to serve the P.A. If it permits the consulate to open, dozens of other states will follow—opening consulates to a hostile, terror-funding P.A. in Israel’s capital.

So by failing to reject Biden’s request, the Bennett-Lapid government is effectively agreeing to divide Israel’s capital behind the public’s back.

On Thursday, Abbas attended a summit in Cairo with Egyptian President Abdel Fattah el-Sisi and Jordan’s King Abdullah. The meeting’s declared purpose was for the leaders to agree on a unified negotiating position with Israel. El-Sisi will communicate that position to Bennett when Bennett meets him in Cairo this week.

On Monday afternoon, the Civil Administration delayed the order to uproot Arugot Farm’s vineyard until next month. While relieved by the news, the four farmers had little reason to rejoice. Unless something radical changes, Bennett’s diplomatic process is coming for Gush Etzion.

Caroline Glick is an award-winning columnist and author of “The Israeli Solution: A One-State Plan for Peace in the Middle East.”