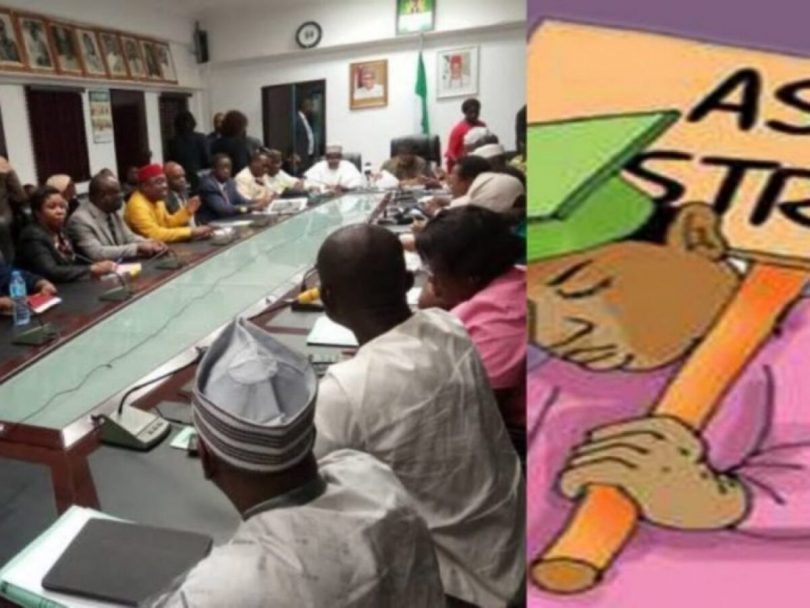 The Academic Staff Union of Universities (ASUU) on Thursday said only two of its eight demands have so far been met by the Federal Government in the last nine months.

​The Ibadan Zone of the union made this known in a statement after its meeting at the Ladoke Akintola University (LAUTECH), Ogbomoso chaired by its Coordinator in LAUTECH, Prof. Oyebamiji Oyegoke.

Oyegoke said in the statement that strike was “a ticking bomb” and fear that the educational system would be engulfed in another crisis.

“For the avoidance of doubt, ASUU stated that only salary shortfall and setting up of Visitation Panels to the Federal Government-owned universities have been addressed by the government in nine months.

“Other demands such as the renegotiation of conditions of service, injection of revitalisation funds, payment of earned academic allowances, implementation of the University Transparency and Accountability Solution (UTAS) have not been addressed,” he said.

Oyegoke said that the proliferation of state universities, release of withheld salaries and non-remittance of check-off dues of Unions, which were all contained in the December 22, 2020 Memorandum of Action, have not been addressed.

He said: ”The claim by the Minister of Labour and Employment that the money allocated for Revitalisation of Public Universities had been paid as contained in the MoA of 2020, cannot be true.

“The same Minister confirmed on  Aug. 2, 2021 that the money is still in the custody of the Central Bank of Nigeria (CBN), only awaiting application by the Minister of Education for eventual transfer to the NEEDS Assessment Fund Account.

“That government is working hard to facilitate the release of money by the CBN since January 2021 leaves a sour taste in the mouth.”

On IPPIS versus UTAS, he explained that withholding salaries for months, non-release of EAA, non- payment of check-off dues accruing to the union, in spite of what ASUU has demonstrated, could only be an invitation to another possible cycle of industrial crisis.

“Moreover, UTAS avowed suitability has been demonstrated admirably to the Minister of Education and members of his team, the Honourable Senate President of the Federal Republic of Nigeria.

“And other key stakeholders like Ministries of Labour and Employment; Education, Finance, Office of the Accountant-General, representatives of Nigeria Information Technology Development Agency (NITDA).

“The more the government insists on fulfilling the demands of integrity test on UTAS, the longer will be the accompanying pains earlier identified in IPPIS will stay our members,” he said.

Oyegoke said at a reconciliation meeting between the Federal Government of Nigeria and the leadership of ASUU on Monday, Aug.2, 2021 at the Conference Room of the Minister of Labour and Employment, all contentious​ matters affecting the outstanding issues as regard the​ implementation of 2020 FGN/ASUU MoA were discussed.

“The Minister of Labour and Employment, Dr Chris Ngige, on behalf of the Federal Government, promised that a broader government team and inter-ministerial committee on the draft ​renegotiated 2009 ASUU-FGN agreement would conclude its work and submit the report to government by the end of August, 2021.

“The meeting concluded with an agreement to reconvene by the end of August 2021 to ascertain the faithfulness of the Federal Government in resolving the outstanding issues.

“We are in the second week of September, 2021, nothing positive from the Federal Government so far,” he said.