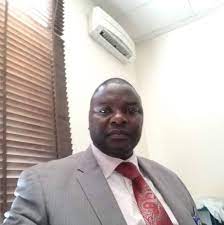 The Geo-Information Society of Nigeria (GEOSON), says that legal fishing and other water activities, if adequately harnessed, can rapidly boost the nation’s economy.

The President of GEOSON, Dr Matthew Adepoju, said this on Monday in Abuja, describing resources from water as blue economy.

He described blue economy as the exploitation, preservation and regeneration of the marine environment.

According to Adepoju, the greatest asset of mankind is in the ocean and more than 70 per cent of the planet Earth comprises water bodies.

He decried that there were lots of illegal activities going on in the country’s water bodies, which when positively channeled would yield resources.

“Blue economy is economy driven by water and our coastal line is a lot of space and nature had given us a lot of maritime boundaries which we have not explored.

“The resources in some of our water bodies are enough for government to drive the economy of the country.

“Fishing is being done illegally in our waters, lots of activities are going on too which we are not taking advantage of.

“We have shipping vessels that come around, they catch the fish in our territorial waters, package it, send to us, we pay for it and it is a capital flight because we buy them in dollars.’’

Adepoju added that if water resources were well harnessed and opened up to investors in the country, it would improve the federation’s account.

He said that the society was putting measures in place for its annual conference expected to hold between Nov. 14 and Nov. 17 with the theme “Geospatial Technology for Smart City and Blue Economy’’.

Adepoju further said that the conference would address issues of urban development using geospatial technology and ways the country could develop its blue economy.