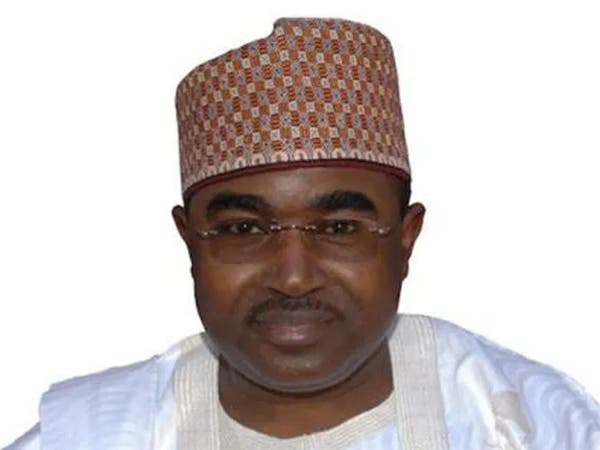 Marwa said this at the inauguration of the “West African Epidemiology Network on Drug Use (WENDU) Report of Statistics and Trends’’ on illicit drug use and supply 2018-2019 on Tuesday in Abuja.

This is contained in a statement issued by the NDLEA spokesperson, Mr Femi Babafemi.

According to Marwa, Nigerians are prepared to continue to provide credible data to sustain the fight against drug abuse.

He lamented that the number of people using illicit drugs in Africa might rise by 40 per cent by 2030.

According to him, the misuse of psychoactive substances such as alcohol, tobacco, cannabis, heroin, cocaine, methamphetamine and prescription medications, exert tremendous toll on the individual, families, communities and societies.

“Substance use has impacted negatively on public health, caused injuries, loss of income and productivity, family and community dysfunction and even death.

“Drug use around the world has been on the increase in terms of the overall number and the proportion of the world’s population that use drugs.

“The continuous increase in the types of new psychoactive substances being discovered globally is also worrisome,’’ he said.

The NDLEA boss said according to the World Drug Report 2020, an estimated 269 million people representing 5.3 per cent of the global population was reported to have used drugs in 2018.

“The West Africa Sub Region is in the limelight at the international scene, because of its role as a transit hub for cocaine from South America, heroin from East Asia to Europe and its heightened tramadol, codeine and cannabis use.

“Furthermore, going by the projection of demographic factors, by 2030, the number of people using drugs is expected to rise by 11 per cent around the world and as much as 40 per cent in Africa alone,’’ he said.

Marwa said that the role of credible data in addressing the world drug problem could not be over emphasised.

He added that West African states, just like the rest of Africa, had been grappling with the problem of dearth of credible data on the trend of drug use in the sub region.

He assured that Nigeria would continue to play its role to support the sustainability of WENDU.

This, he said would be achieved by continuously providing credible data through its National Sentinel Network, the Nigerian Epidemiological Network on Drug Use (NENDU).

Marwa urged all ECOWAS member states to employ this well-articulated report for informed policy formulation, programming and monitoring of our interventions in the Sub Region for better outcome in our drug control efforts.

In another development, the Controller of Correctional Service, Lagos State Command, Mr Adewale Adebisi, on Tuesday called for a robust security network in custodial centres in the state.

Adebisi made the call while playing host to the Board of the Legal Aid Council of Nigeria (LACON).

The controller said that repeated attacks in custodial centres across the nation, with the most recent in Kabba, called for a more effective security architecture to safeguard workers and inmates.

The newsmen report that the board was on a two-day working visit to the state for the purposes of its 121st meeting.

The visit was also and in fulfilment of the council’s statutory responsibilities.

The controller thanked the board for helping to secure freedom for indigent inmates.

According to him, custodial centres in the state have a capacity of about 3,000 inmates but currently have above 8,000 inmates.

He thanked the council for always coming to the rescue of poor inmates.

“The Nigeria Correctional Service and the Legal Aid Council are like twins, and our functions are interwoven because they centre on inmates.

“Legal Aid Council has helped to train some of inmates in the National Open University where we graduated some of them recently.

” I hope this visit will further cement our relationship so that we can achieve greater results for humanity, ” he said.

According to him, repeated attacks on prisons have become too worrisome and calls for a strengthened security structure.

“The acts of terrorism that we are experiencing have gone higher.

“I think those of us in custodial centres should be able to build up our own capacities in terms of human resources and armament.

“If what happened in Owerri could repeat itself in Kabba, who knows where next; If such happens in Lagos, where do we run to?

“But if we are equipped to counter such insurgency,  it will help our society better,” he said.

Newsmen report that as part of the working visit, the board members converged at the Ikoyi Custodial Centre to put in place modalities to secure release of some inmates.

The  Director-General of the council,  Mr Aliyu Abubakar, had during the visit, expressed gratitude to the controller for a cordial relationship between the Legal Aid Council and the correctional service in Lagos State.

He, however, noted expressed dissatisfaction that there was still increased number of awaiting trial inmates in the state.

He informed the command that the Lagos Office of the council would perfect arrangements for identifying inmates for which requisite fines would be paid to secure their release.

“As part of our statutory activities, we intend to pay some fines for some of the convicted inmates and get them released.

“We hope that we continue to have a good relationship going forward,” he said.

Newsmen report that others present during visit include the Chairman of the Board of Legal Aid Council, Mr Suraj Sae’da (SAN), and South West Zonal Director of the council, Mrs Latifat Salau.