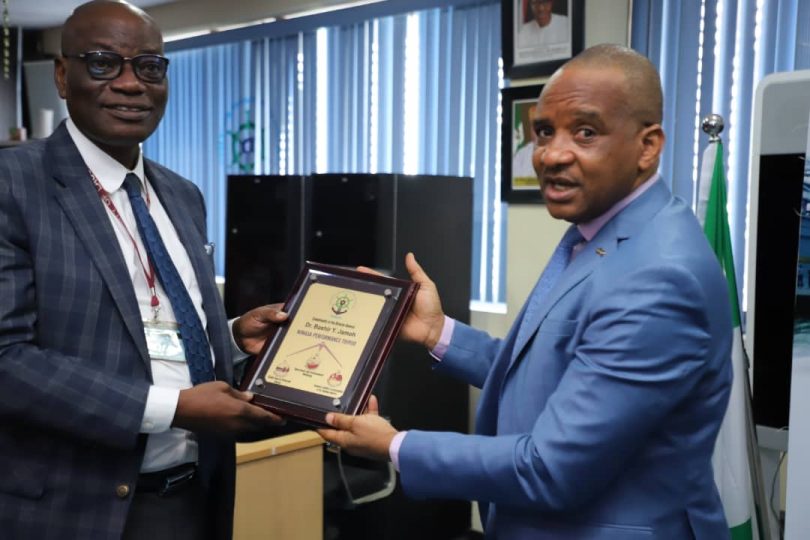 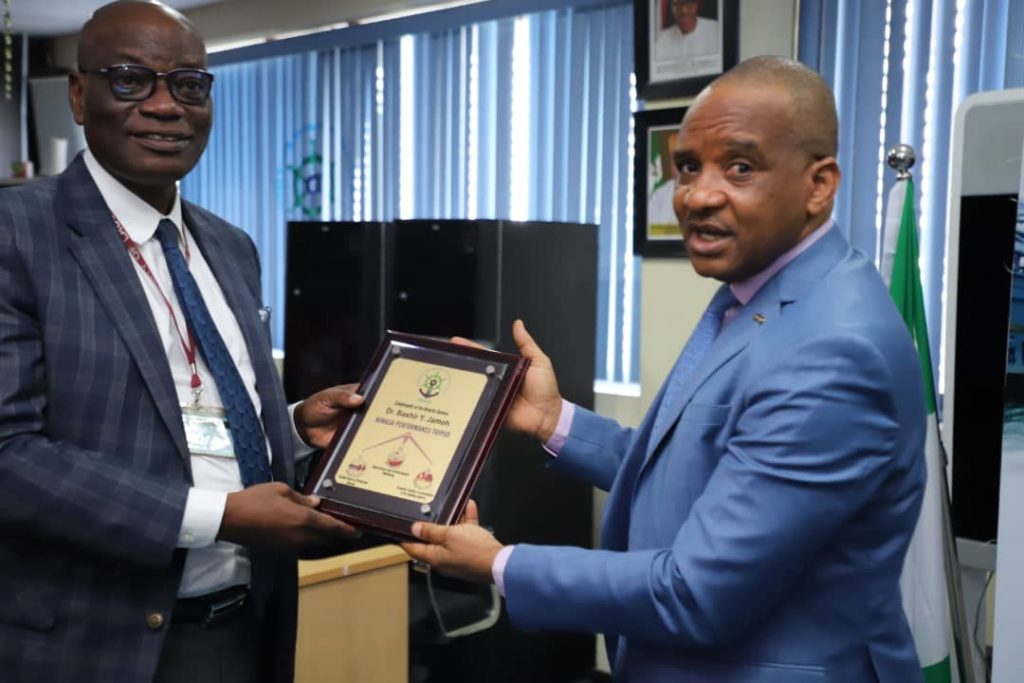 Director General, Nigerian Maritime Administration and Safety Agency (NIMASA), Dr. Bashir Jamoh (right), handing a souvenir to the Vice Chancellor of the University of Lagos, Professor Oluwatoyin Ogundipe, during a courtesy visit to the Agency’s headquarters in Lagos, recently.

The Controller of the Command,  Comptroller Bello Jibo, made the disclosure during a press briefing at the command’s office in Seme-Krake Border, Lagos State. 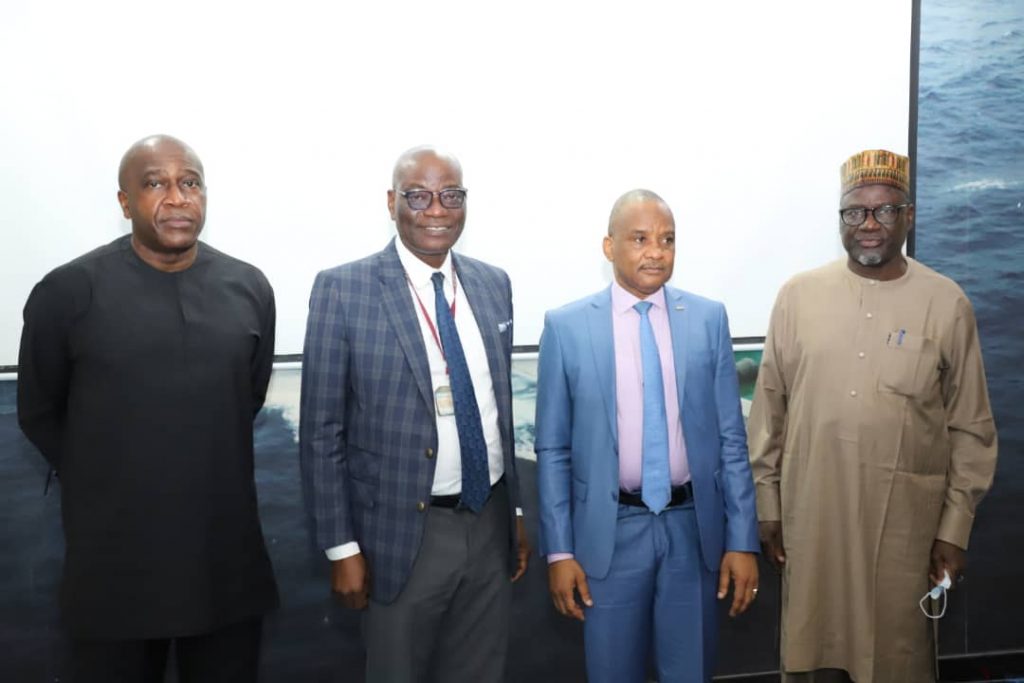 Jibo attributed the feat to commitment of officers and men of the command and a  good working relationship with stakeholders.

“Efforts of the valiant officers and men of the command translated into remarkable interceptions of 1,244 smuggled items with a DPV of N886 million.

“The command, in July 2021, made a huge seizure of 3,186 parcels of Cannabis Sativa concealed with sharp sand on the  Badagry-Seme Road.

“Securing our borders is a collective responsibility; the Nigeria Customs Service ensures inter-agency cooperation at the border,” he said.

Jibo said that the command had handed the seized 3,447 parcels Cannabis Sativa to the NDLEA. 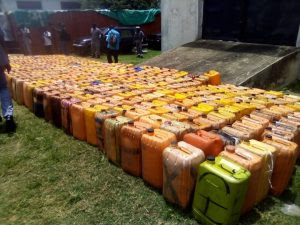 Seized jerry cans of PMS at Seme-Krake Office of the Nigeria Customs Service.

“Similarly, the reinvigorated command’s drive against the smuggling of Premium Motor Spirit (PMS) also known as petrol has recorded tremendous achievements,” he said.

Jibo said that during the period under review,  the command intercepted jerry cans of petrol equivalent to eight tanker loads of 33,000 litres, each.

“Other seizures made within the period under review include 44 bags of fertiliser, 608 cartons of frozen poultry products, 784 rolls of cigarettes and 843 cartons of tomato paste.

“We also seized 605 pairs of used shoes, 24 sacks of used cloths,  19 pieces of used tyres, 153 sachets of herbicides and 1,419 packs of different drugs and other general merchandise.

“Out of the total smuggled vehicles intercepted, 37 are in court awaiting condemnation,” he said.

The controller said that the successes were also attributable to vigorous intelligence gathering through collaboration with host communities and security agencies.

“It is also as a result of determination of our officers and men in ensuring compliance with extant government fiscal policies relating to imports and exports,” he said.

On revenue, Jibo said that Benin Republic economic policies affected the revenue of the command, noting that all goods transiting through Benin Republic were mandated to be charged some duties. 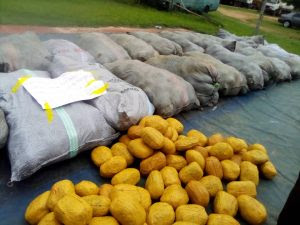 3,447 parcels of Cannabis Sativa seized by the command

According to him, this is contrary to ECOWAS protocols and international transit agreements.

Jibo said that the command nevertheless generated N718, 828, 529:85  as revenue during the period under review.

“Under ETLS, the command treated and exited 1,314 trucks of goods under the scheme.

“It is pertinent to appreciate the maximum cooperation received from stakeholders, the border communities, security agencies and the media toward achieving our core mandate of revenue collection and suppression of smuggling,” he added.

Jibo thanked the Comptroller-General of Customs for support and guidance.