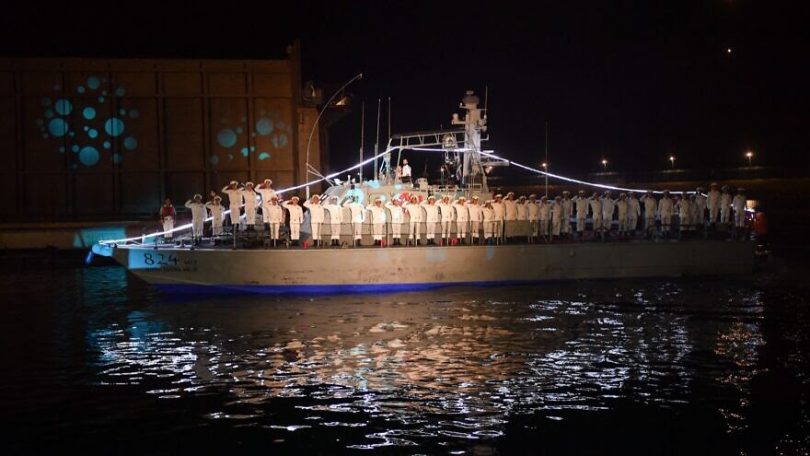 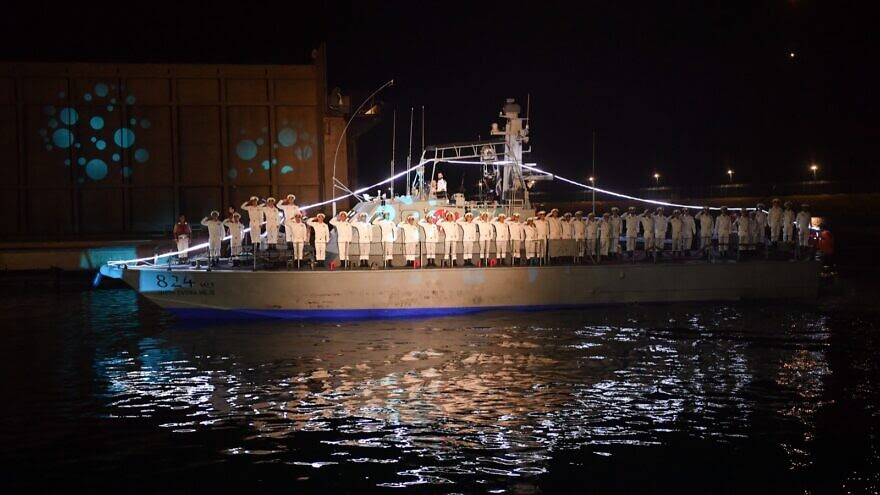 The Israel Navy welcomed 38 new officers into its ranks during a ceremony at Haifa Naval Base on Sept. 12, 2021. Credit: IDF Spokesperson’s Unit.

Graduates of the 143rd Naval Academy Course, who also completed academic studies at the University of Haifa, will now be assigned as commanders to missile ships, patrol vessels and submarines.

The Israeli Navy welcomed 38 new officers into its ranks during a ceremony held at Haifa Naval Base on Sunday evening.

The graduates of the 143rd Naval Academy Course, who also completed academic studies at the University of Haifa, will now be assigned as commanders of a variety of advanced vessels, such as missile ships, patrol vessels and submarines, the Israel Defense Forces said in a statement.

During the graduation ceremony, IDF Chief of Staff Lt. Gen. Aviv Kochavi said: “You have overcome physical, intellectual, professional and operational challenges. You are now at the end of a long and formative period. We trust you and have faith that you will rise to any challenge.”

Addressing recent events, Kochavi said that the “IDF has operated to recapture the escaped prisoners and continues to work shoulder to shoulder with the police, the ISA [Israel Security Agency] and the Israeli Prison Service. Four of the prisoners have already been captured, and it is only a matter of time before the Israeli Security Forces and the IDF apprehend the remaining two prisoners.”

“We will not rest until the last of the terrorists are captured,” he vowed. “We will not allow the terrorist organizations in Judea and Samaria, and the Gaza Strip, to use this incident as a motive for harming the civilians of the State of Israel. The IDF will defend the border with the Gaza Strip from any attack against Israel.”

The navy, as part of the IDF and as a key component in its power, is aware of the mission—a quick and decisive victory in any conflict.

Our ability to deal with the operational challenges we face rests on the same initial components on which the navy was founded—on a deep understanding of the meaning of our work, and love for our people, our sea and our land.”