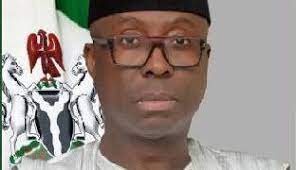 The Minister of Industry, Trade and Investment, Otunba Niyi Adebayo, has emphasised the importance of public/private partnership to drive Nigeria’s success in the Africa Continental Free Trade Area (AfCFTA).

Adebayo made the assertion at the Institute of Chartered Secretaries and Administrators of Nigeria (ICSAN) 45th annual conference on Thursday in Lagos.

The conference had as its theme: “Africa Continental Free Trade Area (AfCFTA) and National Development: Issues, Challenges and Opportunities”.

The minister reiterated his commitment to ensuring that the private sector took its rightful place as key drivers in the AfCFTA.

He expressed the ministry’s interest in collaborating with the institute to enthrone principles of ethics and corporate governance, which he said was germane to the success of the AfCFTA.

“Nigeria has the largest population — a young, tech savvy workforce with an also large Gross Domestic Product figure, and the AfCFTA provides the right opportunity to unlock the country’s potential for growth.

“Businesses must be built on trust and principles that ensure its sustainability, and to this, the ministry is willing to pursue a relationship with ICSAN to enthrone ethics, which is a key driver to economic growth,” he said.

In his keynote address, Professor of International Law, Akin Oyebode, said that the future of the continent was largely dependent on the success of the AfCFTA.

He, however, noted that the AfCFTA, since its take-off, had not secured the requisite traction.

Oyebode attributed the development to the similarity in the goods and products of the different African countries not availing the complementarity which diversity would have facilitated.

He said that the inability of many of the state-parties to transform the Act into their domestic laws had not helped matters.

“Furthermore, it does not appear as if the various African countries have sufficiently grasped the intricacies of economic integration on the African continent so as to be able to fulfill its objectives.

“The niggardly condition of the African countries and failure to discern the imperative to trade and collaborate with other African economies have cast a pall on the prospects of navigating out of the quagmire of poverty and underdevelopment.

“The synergy activated by synchronization with programs, policies and plans of other African countries should be tapped by the member-states in order to jump-start their economies to a higher level.

“If the dreams of the country are forward-looking, insightful and well-articulated, they would, undoubtedly, make a positive impact on the lives and circumstances of the preponderant majority of the people.

“However, where and when policies are not well thought-out or implemented in a slipshod fashion, the role of the AfCFTA might be marginal,” he said.

Oyekunle noted that Nigeria’s growing infrastructure deficit remained a major concern among economic experts because poor infrastructure was one of the biggest impediments to smooth business operation, and also limits capital inflows into the country.

He called for the strengthening of the Infrastructure Concession Regulatory Commission with human and material resources and its legal framework, to enable it to perform maximally in the realisation of the objectives to which it is set up.

“More than ever before, the future of Nigeria depends on her ability to build and modernise its infrastructure.

“Unfortunately, the Nigerian geographical terrain is littered with abandoned projects, as in 2011, the Federal Government established a Project Assessment Committee which identified and recorded 11,866 projects that have been abandoned for myriad of reasons.

“We are endowed with large oil, gas, hydro and solar resources and we have potential to generate 12,522 Megawatt of electric power from existing plants but on most days, it is only able to dispatch about 4000 Megawatt which is insufficient for a country of over 200 million people.

“As a result of that, only few percentage of the population has access to the electricity grid, which in any event, is highly unreliable.

“Africa policy makers must prioritise investments in regional infrastructure so as to catalyze integration and facilitate intercontinental trade,” he said.