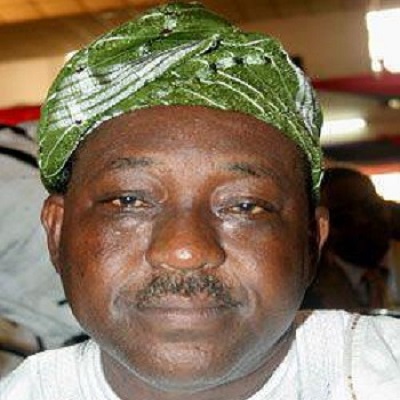 Badejo made the observation in Lagos, while speaking on the theme: “Marine Pollution Control and the Challenges of Seaport Environmental Health Management in the 21st Century”..

He specially harped on collaboration because the degradation effects often transcend across nations.

He noted that there was also need to promote cooperation, support (both human capacity, technology and finance where applicable) and good governance.

Taking a bird’s eye view on the topic: “Water Transportation and Environmental Degradation Quagmire – the Role of International Agencies in Sustainable Environment and Development”, Badejo listed some forms of environmental degradation as marine pollution, soil contamination, plastic pollution, chemicals, toxics and radioactive contamination, thermal pollution under water mining and others.

“It is imperative to focus more attention on how best to manage human activities and their relationship or consequences on water transportation, this is very desirable if the environmental degradation worries are to be mitigated.

“Government should reevaluate, revalue and restructure the entire processes in place to ensure sustainable water, hence, the need for surveillance, monitoring and promoting compliance with extant regulations and standards,” he said.

He noted that the ability to estimate the total value of marine ecosystem would provide policy makers with a strong rationale to improve ocean manager and invest in marine conservation.

He added that by implication, it would reduce environmental risk, degradation and ecological scarcity while boosting human wellbeing.

According to him,  these international organisations have enforced many conventions like the International Convention for the Prevention of Pollution from Ships, universally known as MARPOL, to address not just oil pollution by ships but also noxious liquid substances such as chemicals.

The Chairman of the occasion, Prince Olayiwola Shittu, represented by Mr Pius Ujubonu, noted that environment degradation was a global problem.

He highlighted that for the Nigerian maritime industry, environmental pollution had received paltry attention from policy makers and other stakeholders.