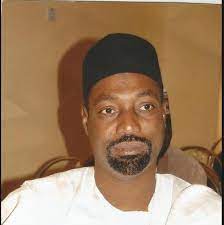 The Independent Petroleum Marketers Association of Nigeria (IPMAN) has directed its members to withdraw their services from the Nigeria National Petroleum Corporation (NNPC) loading depot in Enugu.

The National President of IPMAN, Alhaji Sanusi Fari, who disclosed this in a statement on Thursday, in Enugu, added that the directive was in response to an alleged attack and invasion of the IPMAN secretariat in the Enugu depot, on Thursday, by men of the Nigeria Police Force (NPF).

The president said that the invasion and attack were carried out with impunity and against a subsisting court order.

“Sequel to this ugly development, the National Executive Committee of IPMAN has resolved and directed the withdrawal of our services at Enugu loading depot with immediate effect.

“This will stop our services to members of the public in Enugu, Anambra, and Ebonyi from Sept. 17 until the police illegality is reversed,” Fari said.

Rather, Ndukwe said that detectives from the Force Criminal Investigation Department (CID), Abuja, were on an investigation trip to the IPMAN office to serve the association’s members invitation over a court matter.

The newsmen recalled that the South-East had been grappling with an acute shortage of petroleum products, following a strike by petroleum tanker drivers in the area.

The situation had increased the price of Premium Motor Spirit (PMS) in the area as a litre currently sells between N250 and N300 in most petrol stations.

In another development, the Department of Petroleum Resources (DPR), in Abuja, on Thursday sealed 11 illegal gas plants and two filling stations over sharp practices.

The newsmen report that the Liquified Petroleum Gas (LPG) — also known as cooking gas — plants and the filling stations visited are located in Karimo, Gwagwa, Games Village kuje  and Gwagwalada.

The LPG operators were said to be operating illegally, while the two petrol stations were sealed for operating without license.

“In today’s exercise, 11 illegal LPG plants were raided in collaboration with the Nigeria Security and Civil Defence Corps (NSCDC); some personnel of these illegal facilities were arrested and they have been handed over to security operatives for prosecution.

“All our effort to get the attention of the illegal facility operators with the view of regularising their business failed to yield desired result.

“DPR cannot sit back and watch the danger the existence of these illegal facilities portends to the lives and property of citizens.

” This necessitates our going out as the situation arises, to enforce provisions of the relevant laws and regulations for construction and operation of petroleum products facilities in the downstream sector,” she said.

She said that DPR, as a business enabler, had been engaging illegal petroleum product facility owners to come and be guided on how best to regularise their businesses and operate legally in a safe environment.

The zonal operations controller called on all illegal facility operators to come forth and regularise their operations by obtaining the necessary license to operate from DPR.

This, she said, would ensure protection of investor’s assets and safety of lives and property.