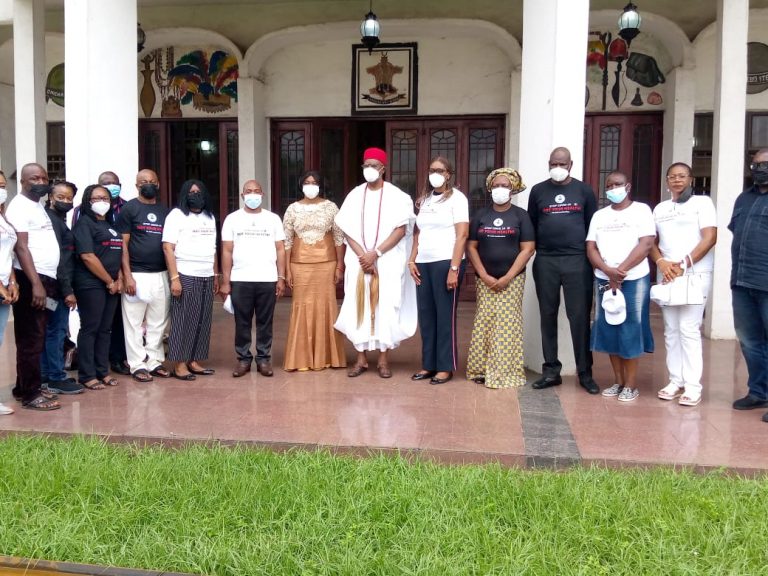 … As Senate urges army to remain focused on Security***

The National Agency for Food and Drug Administration Control (NAFDAC) has warned Nigerians against storing food in containers formerly used for chemical products.

Prof. Christiana Adeyeye, the Director General of NAFDAC, gave the warning on Thursday during a sensitisation campaign in Onitsha, Anambra.

Adeyeye, who was represented by Mrs Ngozi Onuora, Director of Chemical Evaluation and Research Directorate, said such containers harboured carcinogenic substances, which would not be scrubbed by washing and could develop harmful effects for humans in the long run.

The DG, who led the team of NAFDAC top management to the palace of HRH Igwe Alfred Achebe, the traditional ruler of Onitsha, said a well informed society would address the effects of drug abuse.

“It is harmful to use kerosene tankers to load groundnut oil, to use potassium bromate to bake bread so as to improve the dough and to dyes to redden palm oil,” she said.

Adeyeye called on Nigerians to stop buying medicines from hawkers, but patronise approved medicine shops which are under the agency’s regulatory purview.

She said the awareness campaign, which would last for three days, was aimed at sensitising youths on the dangers of  consuming codeine, tramadol, and their abuse, as well as the harm caused by other dangerous drugs to their health.

“We also advise market women to desist from using chemicals to quicken the ripening of fruits, like plantains and bananas, because it is dangerous to health,” she said. 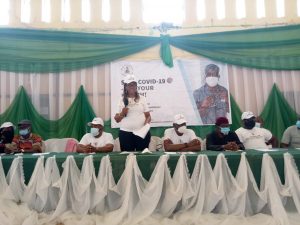 She called on traditional institutions to use their reach with the grassroots to help NAFDAC achieve optimal results in the quest for a society free of drug abuse and unwholesome products.

In his response, Igwe Achebe expressed worry over the increasing cases of drug abuse, particularly among youths in the state, saying that Onitsha had zero tolerance for drug trafficking and it employs effective community-based approaches to tackle the menace.

Achebe said he had directed the demolition of two buildings housing illegal drug users in the past, but that there was the need for the Police and other related agencies in charge of drug control to complement these efforts.

The traditional ruler said beyond the prevalence of drug abuse among youths on the streets, investigation had revealed that most people who used motorcycles to peddle drugs ended up in the barracks.

“The rate at which the youths in the area engaged in the selling and consumption of illicit drugs is worrisome.

“There is a need for the restoration of societal core values to enable the people avoid engagement in drugs abuse.

“I believe that people engaged in meaningful activities cannot go into illicit drug consumption, that is why as a community, we are working hard to ensure that youths are trained on, skills including ICT,” he said.

Achebe pledged to partner with the agency to ensure a drastic reduction of the sale and consumption of illicit drugs.

The event included a lecture and road show that took the team around the commercial city of Onitsha.

In a related development, the Chairman, Senate Committee on Army, Sen. Ali Ndume, has urged the Chief of Army Staff (COAS),  Lt.-Gen. Faruk Yahaya, to remain focused in tackling security challenges in the country. 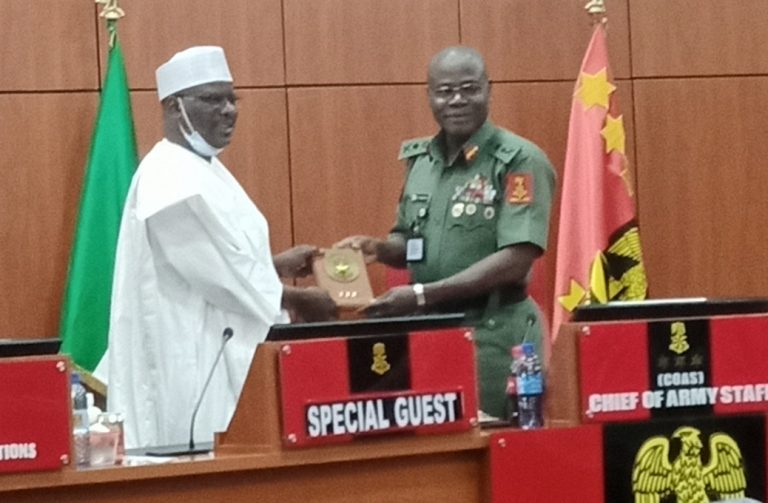 Ndume made the call when he led members of the committee on oversight visit to Army Headquarters on Thursday in Abuja.

He said that the Senate and Nigerians recognised and appreciated the recent successes of the Nigerian Army in the fight against insurgency, banditry and other forms of criminality across the country.

He said that the increased heat by the troops in Zamfara had forced many bandits to flee to neighbouring states, urging the army to continue the onslaught to smoke them out.

Ndume assured Yahaya that the National Assembly would continue to give Nigerian Army the needed support to be able to discharge its constitutional responsibility effectively.

He also urged the army authorities to ensure that its needs were properly articulated in the budget to enable the Senate to give it proper attention.

“The purpose of oversight is not audit but to ascertain what you have done with the money given to you and what you still need to do your work.

“The aim of the committee’s visit is to show appreciation, support and give commendation to the Nigerian Army for the tremendous successes recorded so far in the fight against insurgency, banditry and other forms of criminality that is bedeviling our country almost everywhere.

“We are here to urge the army to remain focused and keep the good work until it is over, using what we all know as the kinetic and non-kinetic operations in tackling insecurity with the aim of achieving the desired result within the shortest possible time.

“I want to assure you that the Senate Committee on Army and indeed the leadership of the National Assembly are always ready to offer you full support towards achieving your mandate.

“We will not delay in making sure that you achieve your goal within the shortest possible time by securing the country where Nigerians can sleep with their two eyes closed,” he said.

Responding, Yahaya, commended the committee for the continuous support given to the army so far.

He said that the just concluded second and third quarters COAS conference afforded him the opportunity to interact and review the activities of Nigerian Army with a view to improving on its operations.

He thanked the lawmakers for encouraging and supporting them in their operations and activities.

The COAS urged the lawmakers to feel free to go round all army units and formations for oversight, saying their activities would benefit the service.

“We appreciate the oversight and we are not covering anything but we want you to go round and see things for yourselves.

“We are aware and appreciate the support of President Muhammadu Buhari and the National Assembly in the area of funding and equipment,” he said.