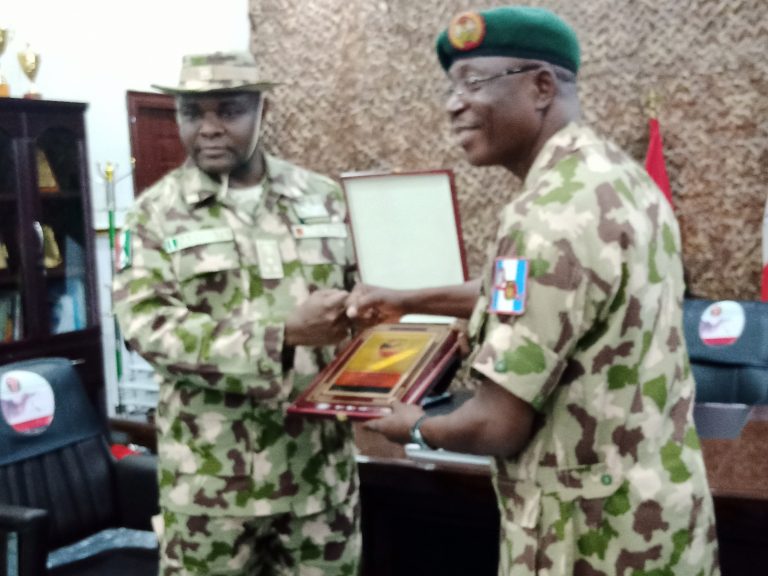 He said the terrorists surrendered from their enclaves in Sambisa Forests, as well as other hideouts.

Eyitayo, who is also the Commander, Sector 1, Operation Hadin Kai, disclosed this during a visit by the Director, Army Public Relations, Brig.-Gen. Onyema Nwachukwu and a team of Defence Correspondents form Abuja on Tuesday, in Maiduguri.

He said the surrender by the repentant terrorists was a welcome development, adding that, the overwhelming fire power of the troops was responsible

According to him, one of the reasons they are surrendering in droves is the overwhelming fire power from the troops.

” It is because every man’s endeavour is motivated by his family’s wellbeing, that is why they are coming out with their families. We started seeing the signs from June.

“Our intensified operations had blocked their logistics’ routes and supplies, bombardments all over, that is why they started surrendering and diseases have overpowered many of them.

“It was better because in the end, the troops will clear all of them and their sympathisers combined,” he said.

The GOC warned that a time would come that the window of surrender would no longer be available, urging the sympathisers of the terrorists to encourage them to come out.

He added that whoever supported the enemies of the state would also be treated as an enemy by the state forces.

He said the military was more determined than ever to deal decisively with the terrorists and their supporters.

On the handling of the surrendered terrorists, Eyitayo disclosed that the Nigerian army was responsible for receiving, profiling or screening of the terrorists.

Also read: We will talk to terrorists, bandits in language they understand – COAS Yahaya

The GOC stated that afterwards,  they would be handed over to the Borno government for further action.

He explained that a sizeable number of the surrendered,  comprised wives and children of the terrorists, as well as those that were forcefully recruited into their folds.

Earlier, the director, army public relations, said the media tour was part of efforts to counter the wrong narratives and apprehensions generated by recent surrenders of the terrorists.

Nwachukwu acknowledged and commended efforts of the troops in putting pressure on the terrorists to abandon their illicit activities.