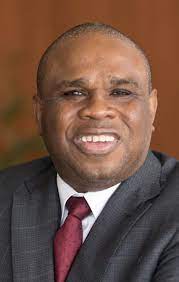 The Africa Export-Import Bank (Afreximbank) says with a Gross Domestic Product (GDP) of US$ 3 trillion, Africa will be the biggest free trade area in the world.

Prof. Benedict Oramah, the President/Chairman, Board of Directors, Afreximbank, said this at the opening of the Agriculture Summit Africa 2021, hosted by Sterling Bank Plc in Lagos.

The newsmen report that the two-day summit is titled: “Building the New Agro Order.”

Oramah was represented by Mr Ibrahim Sagna, Global Head/Director of the Advisory and Capital Market of the bank.

He delivered a keynote address on “The Green Mile – AfCFTA, Trade and Africa’s Agribusiness Economy – Discussing the policy framework and funding opportunities for Financial Institutions.”

Oramah said that the free trade area could be achieved through proper and successful implementation of the Africa Continental Free Trade Agreement (AfCFTA) that would create a single market for over one billion consumers on the continent.

He said that the AfCFTA was a treaty that would transform Africa from its fractured commodity dependent growth of economies into a vibrant integrated market of over 1.2 billion people.

According to him, establishing the AfCFTA and its counterparts, with the commencement of trade will drive and deliver sustainable solutions to the needs of African countries.

He also said that the agreement presented a major opportunity for African countries to bring 30 million people out of extreme poverty and raise 68 million others who live on less than five to US$ 50 per day.

He added that having a strategy of interventions to regulate the external manipulation of currency was critical as it was evident that technology would be a highly significant factor in the success or failure of African exports.

“The AfCFTA depends on approvals and implementation and especially raising the agriculture sector.

“It is in agriculture that the continental free trade aspirations can be actualised especially by strengthening the regional value streams integrated into priority products led by diverse private sectors inspired by small business owners, commercial finance, miners and operators.

“If successfully implemented, the continental free trade will create a single African market for over a billion consumers with a total GDP of three trillion dollars which will make Africa the largest free trade area in the world”, he said.

Oramah also said that the tariff on African goods was relatively lower entering the European Union and the U.S. markets, making exports to these destinations more lucrative than exporting to other African countries.

He added that COVID-19 had a disastrous result all around the globe and for Africa as it revealed inefficiencies across various industries like health, logistics and food with issues mainly around vaccines affordability and availability.

According to him, this encouraged the need for laying the foundation for a structured way for African countries to manage their own circumstances in the future by supporting intra-African trade to boost regional development.

He said the AfCFTA committed countries to remove tariff on 90 per cent of goods, progressively raising trade, services and addressing a host of non-tariff barriers.

He said: “The Afreximbank, AfCFTA and trade minister partnered to roll out an adjustment fund for countries that may record new loss arising from this liberalisation and it will support the private sector to adjust to the new trading environment established under the agreement.

“The bank is proud to be contributing to Africa’s integration and to achieve this, the bank has developed a number of financing and a facilitation instrument to support intra-Africa trade and one of such is the intra-African trade fair bi-annual event to connect buyers and sellers across the continent, addressing access to trade and investments.

“Some of the critical solutions that will be showcased by the bank include the African trade gateway, a digital ecosystem that facilitates intra-Africa trade and eliminates its challenges around complexities of payment across Africa.”

He, however, said that in spite of the delay due to the pandemic, the bank had been working with the African Union and the secretariat of the AfCFTA to facilitate the implementation of the agreement.

He added that the bank has already disbursed close to US$ 20 million of intra-Africa trade during the last four years and would double the amount in the coming years.

Newsmen report that the event would host a series of panel sessions/discussions aimed at discovering practical solutions to the region’s unique challenges; facilitating transactions between willing investors and potentially profitable agric-focused ventures.

It would also highlight opportunities available in the sector for the benefit of public and private interests, as well as the larger macro-economy at large.