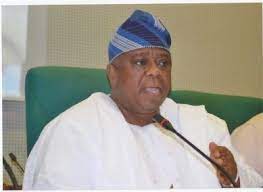 The House of Representatives has called for full investigation into alleged leakage of classified security documents to the public.

This followed the adoption of a motion by Rep. Samuel Adejare (APC-Lagos) on the floor of the House on Thursday in Abuja.

The House subsequently mandated the Committee on National Security and Intelligence to carry out a detailed investigation on the matter.

The House further asked the committee to report back within two weeks for further legislative action.

Adejare in his motion expressed worry about the recurring incidents of leakage of classified security documents to the public through various social media platforms, online print media and other sources.

This he said was jeopardising the fight against insurgency, banditry, kidnapping and other crimes in the country.

He also noted that the Federal Government had made concerted efforts through the provision of human, material and financial resources in the fight against insecurity.

He stated that the leakage of classified security documents and other acts of sabotage were causing failure of intelligence gathering, misunderstanding and lack of cohesion.

This according to him is mostly among operatives involved in different operations against insurgency and other acts of terrorism in Nigeria.

The lawmaker noted that the unfortunate situation was enabling other acts of crimes and criminality such as jailbreaks, mass abductions, invasion of farms and animal rustling.

He said that if such acts of sabotage were left unchecked, they might pose great risk to the lives of security personnel and ultimately imperil the country.

In the meantime, the House of Representatives has urged the Federal Government to intervene and secure the release of Nigerians who are being detained illegally in prisons abroad.

This followed the adoption of a motion by Rep Dennis Idahosa (PDP-Edo) on the floor of the House. on Thursday, in Abuja

In his motion, he stated that there was need to ascertain the number of Nigerian citizens being detained in foreign prisons.

Idahosa noted that Nigerian citizens were in almost all countries of the world, making exploits in sports, technology, and business.

Other areas, he said include education and politics, adding that Nigerians had been ranked as one of the highest educated immigrants in foreign countries.

He noted that due to the large population of the Nigerian diaspora community, the Nigerians in Diaspora Commission (NIDCOM) was established to provide for the engagement and protection of Nigerians in the Diaspora.

He said that the international conventions and treaties prescribe that anyone charged with a criminal offence, is entitled to a fair hearing within a reasonable time.

This, according to him is by an independent and impartial tribunal established by law.

He stated that Nigeria was one of the highest-ranking countries of the world in remittances inflow, adding that the remittances of Nigerians living abroad have been of significant impact in the growth of the country.

He stated that from a 2019 survey report by the Legal Defence and Assistance Project (LEPAD), about 16,500 Nigerians who are in prisons outside the country were convicted without legal representation.

He said that some of them did not know why they were in jail, while calling on the federal government to employ diplomatic means to assist Nigerians who were wrongly convicted and are being detained in various prisons abroad.

The House, therefore mandated the Committees on Foreign Affairs, Justice and Inter-Parliamentary Relations and diaspora, to ensure compliance.