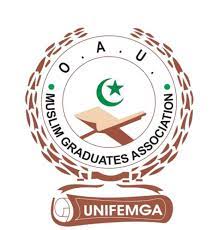 The one-day workshop, which was held in Ibadan under the theme: ”Seeking socio-economic security: the Islamic panacea”, was attended by both Muslims and Christians.

The newsmen reported that the participants were taught writing acceptable business proposals for investors, starting business with zero capital and different business opportunities in agriculture.

They were also acquainted with several Islamic windows available for funding businesses in banks, while the facilitators also highlighted the attractions of non-interest banking.

An investor, Mr. Niyi Salawu, who was impressed by the organiser’s commitment to poverty reduction in the land, promised to fund the best acceptable five business proposals of not more than N100,000 each.

One of the partnering organisations,  LifePlus Foundation, promised to collaborate with UNIFEMGA to facilitate an effective training programme in agriculture that would provide a platform to mentor participants and guide them on funding and marketing of their produce.

Dr Lukman Fasasi, the Organising Secretary of the Empowerment Programme, disclosed that the participants would be monitored, while a platform would be created for future business networking.

One of the participants, who spoke on behalf of others, expressed their gratitude to the Association and urged UNIFEMGA to facilitate more of the programme to serve as an eye opener for self empowerment.

In their remarks, the National President of UNIFEMGA,  Alhaji Abdul Fatai Olanlege, and Oyo state chapter’s Chairman, Dr Ismail Kamil, said the workshop was part of the association’s efforts at contributing to national development.

Earlier,  the Chairman of the Organising committee, Alhaji Wakeel Dele, expressed the willingness of the association to partner with donors and investors, to alleviate poverty amongst the people.