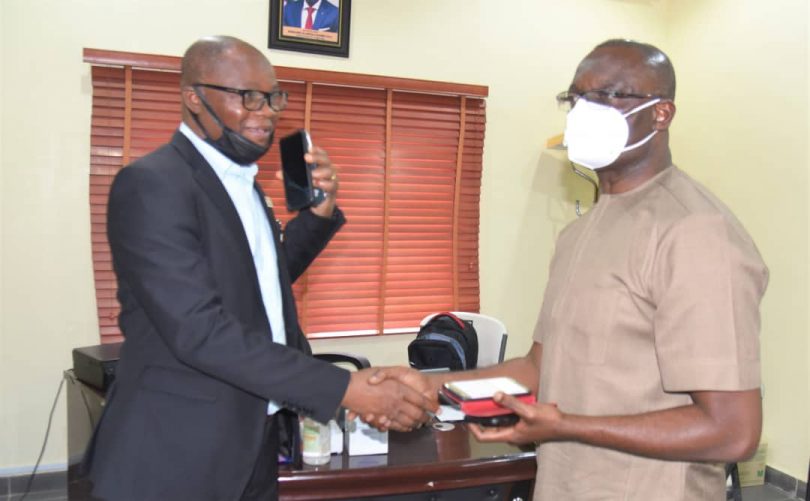 The National Inland Waterways Authorities (NIWA) on Thursday commissioned three patrol boats to safeguard lives and property on the waterways.

The Managing Director and Chief Executive Officer of NIWA, Dr George Moghalu, commissioned the boats at the NIWA Stakeholders Forum for boat operators in Lagos.

Moghalu also inaugurated the Inland Waterways Safety Joint Task Force that would be deployed on the waterways to ensure that safety protocols were adhered to.

According to him, security and safety on our waterways is one area that gives me so much concern and inaugurating this taskforce will help NIWA enforce all the protocols and this has to be done immediately.

“I commend our partners in this project, the Association of Tourists’ Boat Operators and Water Transporters of Nigeria (ATBOWATON), Maritime Workers Union of Nigeria, Lagos State Waterways Authorities, National Durg Law Enforcement Agency, I appreciate them all for their support.

“NIWA is coordinating this particular activity because of the emphasis on security and emergency response and we have procured quite a number of patrol boats, 20 of them that will be given to our area offices and we have brought three to Lagos today.

“We have also procured two ambulances already and the procurement process for additional seven is ongoing, one is being brought to Lagos,” he said.

He noted that people were averse to obeying protocols, but NIWA had placed embargo on movement from 6.30p.m and not before 6.30 a.m in the morning because 90 per cent of accidents on waterways occur during these periods. Moghalu said that some of the boats do not have light navigational aids and, unfortunately, they insist on breaking the protocol, even some enter the boats without life jackets and do overload.

“So, the taskforce will enforce all the protocols whether on NIWA controlled jetties or not, so long as they operate on Nigeria waterways and I assure members of the taskforce of management’s support,” he said.

Mr Joseph Ororo, General Manager, Marine, NIWA, while giving a brief on some innovations on boat operations, noted that the registration of boat operations would soon be automated.

He noted that the manual registration does not comply with the ease of doing business of the federal government and so NIWA had taken up the project to ensure things were done properly.

“The NIWA we used to know that was not forthcoming and was a bit laid-back is no longer the same. NIWA is doing a lot and that is why we have come up with all these things.

“On innovations of boat operations, there will be an electronic registering system, boat owners do not have to come to the office again or interact with NIWA staff physically, to register their boats, this can be done in the comfort of their homes and this will commence latest first of January 2023. “The only contact boat owners will have with NIWA staff is for the joint inspection and survey,” he said.

He also stated that after the boat’s registration, an alert would be received and when the license is due to expire, three months before it expires, the operator will, similarly also receive an alert for renewal.

Ororo said that with this process, the system would automatically generate an identification number for the boat, the number would go with the boat until it is decommissioned.

“One of the advantages is for security purposes, it will be easy for security men to identify ownership of the boat because for the ones whose number is generated, a name plate will be affixed conspicuously on the boat so that from afar, security men could zoom into your boat and get the details.

“If one allows the boat to be used for an illegal purpose or is stolen, it will be tracked easily. Another advantage is that it will reduce discrepancies due to minimal contact with staff,” he said.

Ororo added that on boat drivers’ license, NIWA was mandated to train boat drivers and other crews that operate on the inland waterways, adding that training had commenced in Warri, Yenagoa and Port Harcourt and would soon start in Lagos.

He noted that NIWA would be introducing the Inland Waterways Transportation Code soon, after the finishing touches to the code by the Federal Ministry of Justice.

“All we seek from stakeholders is their cooperation so that lives and property can be saved, even investors’ money will not go down the drain,” he added.

Earlier, Mrs Sarat Braimah, Area Manager, NIWA, noted that the inaugurated task force team would on Oct. 4 start an intense training on what they would do on the waterways.

Some stakeholders present sought for the replacement of navigational signs on the waterways, insurance for boat users and tackling the issue of fishermen causing obstruction on the waterways.