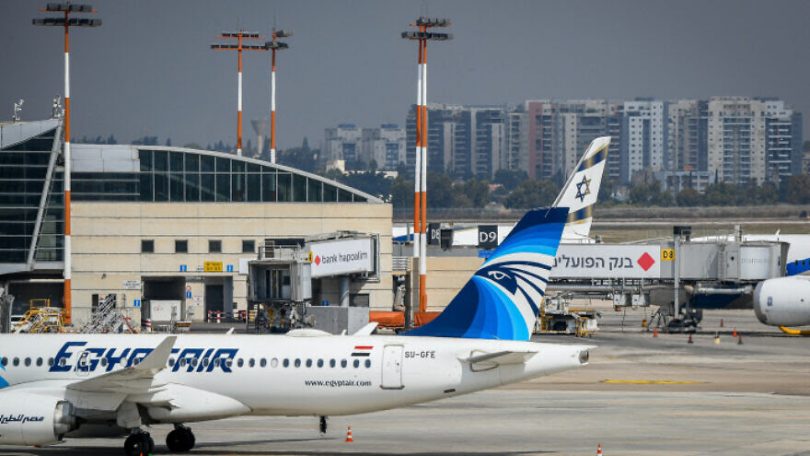 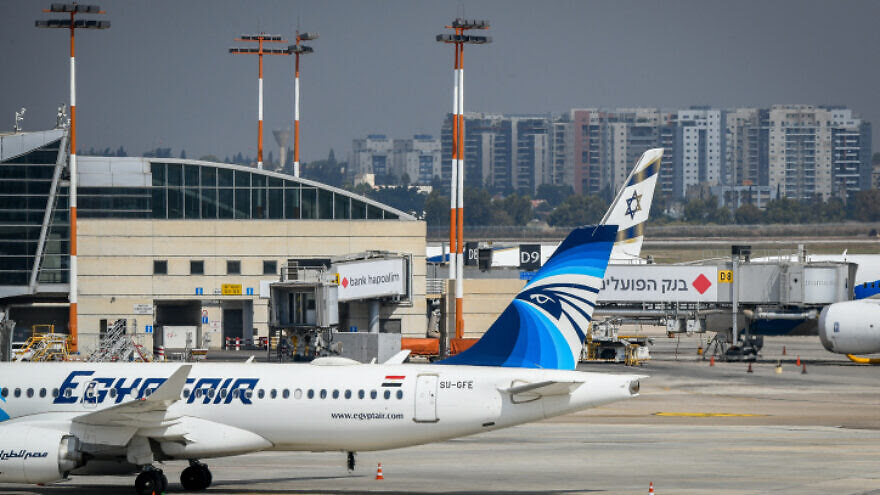 An Airbus 320 belonging to Egyptair airline lands for the first time in a commercial flight, at the Ben-Gurion Airport near Tel Aviv on Oct. 3, 2021. Photo by Yossi Zeliger/Flash90.

For economic reasons, in particular, the Egyptian community sees the rewards experienced by Israel and their new peace partners in the Gulf as a result of the Abraham Accords and want a piece of the pie, said former Israeli Ambassador Zvi Mazel.

The first commercial Egyptair flight touched down at Ben-Gurion Airport near Tel Aviv on Sunday, potentially symbolizing a new chapter in the relationship between Israel and Egypt, which has been at peace, albeit a cold one, since the two nations signed a diplomatic agreement in 1979.

Former Ambassador Zvi Mazel, who served eight years at Israel’s embassy in Cairo—from 1980 to 1982 during his first stint, and then as the ambassador for five years from 1996 to 2001 during his second—expressed cautious optimism that the new route could signify a thawing of relations.

Mazel, currently a Fellow at the Jerusalem Center for Public Affairs, told JNS, “If this flight signals the warming of relations and is the opening of a new phase in normalization between the countries, then yes, absolutely, I am happy.”

On the flip side, Mazel said that “after 42 years of peace, at the same time, it’s a little bit sad that it took so long for an official commercial flight from Egypt to land at Ben-Gurion Airport.”

Mazel explained that following the signing of the 1979 peace accords, commercial flights between Egypt and Israel were operated by a company called “Nefertiti” after the famous Egyptian queen, and afterward and until recently were run by Air Sinai Airlines, but flew utilizing unmarked planes and without the country’s logo.

Expressing some skepticism, Mazel said it was significant in his view that two weeks ago, when Israeli Prime Minister Naftali Bennett flew to Egypt to meet with Egyptian President Abdel Fattah El-Sisi, the meeting took place in the Red Sea resort town of Sharm El-Sheikh as opposed to the capital of Cairo, where he said foreign dignitaries are normally welcomed.

He added that like other leaders before him, perhaps El-Sisi was concerned about demonstrations by the Egyptian people if top-ranking Israeli leaders were welcomed to the capital, noting that the “old elite” and “extremists” in Egypt still don’t favor ties with the Jewish state.

He was also disappointed following the Bennett-El-Sisi talks, saying, “I expected an exchange of an economic, industrial and high-tech delegation between the two nations. This would have been a good beginning towards normalization. But let’s be happy with the landing of the Egyptair flight.” 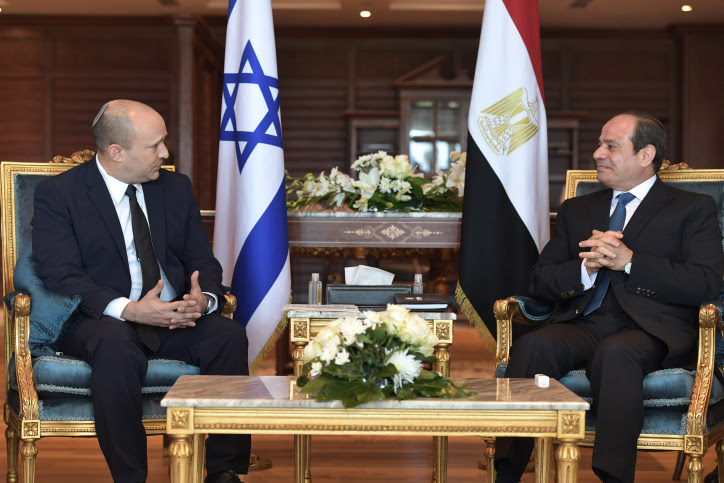 “Maybe now something is changing,” said Mazel. “After all, the Abraham Accords are very important, and I’m sure many Egyptians are asking themselves why they waited this long to normalize relations.”

He added that for economic reasons, in particular, the Egyptian community sees the financial rewards experienced by Israel and their new peace partners in the Gulf as a result of the agreements and wants a piece of the pie.

‘This is a fantastic milestone’

Mark Feldman, director of Diesenhaus Jerusalem, a leading tourism brand in Israel, also praised the new route as a byproduct of the Abraham Accords and told JNS that he hopes the regularly scheduled flights will encourage Egyptian tourists to visit while boosting ties between the two countries.

He said “the significance that Egyptair is flying to Israel is a testament to the lasting effects of the Abraham Accords. After dozens of years of Air Sinai flying between Cairo and Tel Aviv so the Egyptian government could avoid any embarrassment, the fact that the relationship is no longer hidden shows great leadership in their government.

“One can hope that it will encourage Egyptians to visit Israel just as Israelis have been touring through Egypt for decades,” continued Feldman. “This is a fantastic milestone in Israel being accepted as a nation in the Middle East. There really is no turning back; this strengthens ties tremendously.”

There is also speculation that many Christians are interested in taking advantage of the new route to visit Israel along with Egypt; however, at this point due to the ongoing coronavirus pandemic and restrictions limiting the numbers of tourists allowed into Israel, Feldman said that “I’m sure we will see an influx of Christians combining a visit to the Holy Land with Egypt, but until we open up our country, nobody is making plans.”

The groundbreaking Egyptair flight arrived less than a week after the first Gulf Air airlines commercial flights were launched between Bahrain and Israel as a direct result of the Abraham Accords. A festival ceremony was held at Ben-Gurion on Sept. 30 celebrating the landing of the first Gulf Air flight, Bahrain’s national carrier, from Manama.