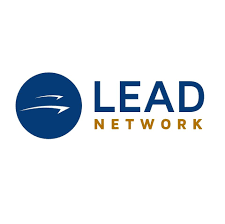 The Executive Director of LEAD Network Africa, Mr Chukwuma Okenwa, made the assertion while speaking with newsmen in Enugu on Thursday.

The newsmen report that the Senate on Tuesday rescinded its decision against electronic transmission of election results by the Independent National Electoral Commission.

Okenwa described that decision as commendable.

He said that electronic transmission of election results and related technological innovations would open up Nigeria’s electoral system.

According to him, LEAD Network Africa is excited at the senate’s decision.

He said that the decision was a right step in the right direction.

“LEAD Network Africa is optimistic that it will increase the credibility, transparency and popular participation of more Nigerians in the electoral process.

“There will be more believability created by the electronic transmission of results; manipulation will be checked.

“This move will also encourage popular candidates to vie for elective positions,” he said.

Okenwa thanked the senate for the decision.

“I laud the senate for looking beyond today. They  (senators) have looked into the future and have decided to support the growth of the electoral process or system,” he said.

Okenwa added that the decision would make the 2023  elections to be more people-driven.

“I believe that when applied appropriately, we might see a repeat of the 1993 Option-A4 elections which then got massive participation, credibility and recognition both locally and internationally,” he said.

In the meantime, the Lagos State Chapter of the Accord Party on Thursday has said that Senate’s amendment of the electoral act which now permits electronic transmission of elections results will reduce voter apathy.

Party Secretary Dele Oladeji told the newsmen in Lagos that the passage would further boost citizens’ faith and confidence in the electoral system.

According to him, voter apathy is due to the general belief of the people that their votes do not count, a notion that the e-transmission of results is meant to address.

“This is a welcome development. We are happy at this strengthening of the electoral system in Nigeria.

“Majority of electoral frauds are perpetrated between the polling unit and various levels of collation,” he said.

The spokesman said that with the e-transmission of elections’ results, every Nigerian would be confident of the integrity of elections.

He said that Accord Party was awaiting President Muhammadu Buhari’s final approval which, he said, should be immediate.

“We can now confidently and with full assurance go into future elections, knowing that robbers of votes have been largely incapacitated by this e-transmission of elections’ results,” he said.

He said that many opposition parties had been direct victims of electoral manipulations and fraud, occasioned by manual collations of election results in the country.

According to him, the manual collation of election results is old-fashioned, stressful, cumbersome and encourages manipulations.

On the Senate’s resolution on compulsory use of direct primaries for the nomination of candidates for elections, Oladeji described the resolution as a great development in the political party administration.

He said that it would empower members of political parties to decide who would represent them in elections.

“This will further remove the monetisation of the party primaries, where delegate votes either go to the highest bidder or candidates are imposed by party leaders.

“We in Accord are happy on this sanitisation of the political system in Nigeria,” he added.

The Senate had on Tuesday passed an amendment to the Electoral Act.

The Act allows the Independent National Electoral Commission (INEC) to determine the mode of transmission of results during elections, either electronic transmission or manual transmission.

The Senate also approved an amendment to the Electoral Act which provides that political parties will henceforth use only the direct mode of primaries to nominate candidates for elections.