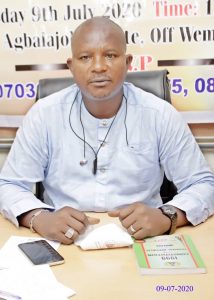 The Centre for Human and Socioeconomic Rights (CHSR) says the Senate has returned power to the people with the passage of electronic transmission of elections’ results.

The Senate on Tuesday passed an amendment to the Electoral Act that allows the Independent National Electoral Commission (INEC) to determine the mode of transmission of results during elections, including electronic transmission or manual transmission.

This is a reversal of its earlier resolution that INEC could transmit elections results electronically with the approval of the Nigerian Communications Commission (NCC) and the National Assembly, which was greeted by outcries from the people.

Reacting, CHSR’s National President, Mr Alex Omotehinse, told the newsmen on Wednesday in Lagos that the Senate has lived up to expectations.

Omotehinse said: “I think that it is the expectations of everybody to stop election manipulation and malpractices during the collation of results of elections. This is the best.

“It is the agitation of every Nigerian for some time now. Senate bow to pressure and kudos to them; this is what we want.

“Nigerians have been demanding that their voices must be heard, so the Senate has done well in listening to Nigerians.

“If Nigerians said the electronic transmission of election results is the best to curb election malpractices in collation of results, it is good that the Senate bowed to pressure.”

According to him, by rescinding its earlier decision on the matter, the Senate has demonstrated that the people’s power is supreme.

On the Senate’s resolution on compulsory use of direct primaries for the nomination of candidates for elections, Omotehinse described the resolution as an error.

According to him, each party has its ideology and should have their own different ways of producing their flag bearers, which should not be tampered with in a democracy.

Newsmen report that the Senate also approved an amendment to the Electoral Act which provides that political parties would henceforth use only the direct mode of primaries to nominate candidates for elections.

The Senate had earlier approved a provision in the Electoral Bill which allowed parties to use either direct or indirect mode of primaries in nominating candidates for elections during primaries.

Another amendment approved by the Upper Chamber is the provision that empowers INEC to use electronic voting machines during elections.