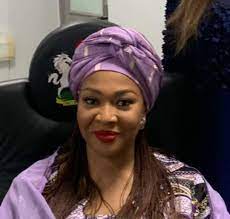 The Minister of State for Transportation, Sen. Gbemisola Saraki, has said that the Federal  Government would take a holistic look at the remittances of the Nigeria Maritime Administration and Safety Agency (NIMASA) to the Maritime Academy, Oron, in a bid to resolve the impasse surrounding the releases.

Saraki said this on Thursday while fielding questions from newsmen after a facility tour of the Maritime Academy of Nigeria, Oron, in Akwa Ibom.

The minister said that there appeared to be a misunderstanding on how funds meant to be sent to the academy in Oron by NIMASA did not get to there.

“There seems to be a misunderstanding on the part of NIMASA as to how these funds are supposed to be given to the Maritime Academy, Oron.

We already have problems on irregular remittance of five per cent funding of the Academy by NIMASA.

“It’s not in NIMASA’s pleasure, it’s not whether NIMASA wants to, or how it is NIMASA’s duty, it is not NIMASA to oversight it, NIMASA’s own is that you are supposed to give an amount to the Maritime Academy.

“We will look into the system as it is supposed to be.

We are looking at a way of seeing how this ridiculous problem can go away forever.

“As at now, it is not working.

The many things that have not been answered are funding, amount, how remittances are done and when they are done.

“We will sit together, independent of the maritime academy and NIMASA, to look at what is the problem and find solutions, because sometimes it seems we have a misunderstanding.

“We will make it very simple for everybody, so that there will be no area that we are confused about,” Saraki said.

She said that the maritime sector, if harnessed properly, could generate enough revenue for the economy.

Saraki said that the essence of her visit was to see how to improve the facilities at the academy, improve on the curriculum and standard of what the institution has to offer to Nigerian students and others.

The minister said she was satisfied with the quality of infrastructure at the academy and commended the present leadership of the institution, led by the Rector, Cdr. Duja Effedua (rtd)

She said that plans were underway to ensure that Nigeria dominated the rest of Africa in the area of training of seafarers.

Earlier, the rector had disclosed that the decision to name some of the recently completed projects in the academy after women who had distinguished themselves in the sector, was meant to motivate other women to work hard.