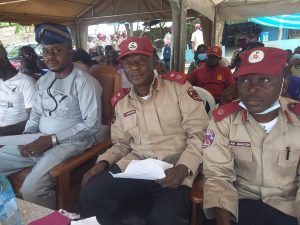 The Unit Commander, ACC Akeem Kareem, gave the warning on Thursday, during the 2021 flag-off of the ember months campaign of the command in Egbeda, Ibadan.

Kareem said that most crashes on Nigerian roads were caused by human factors and were avoidable if adequate care, caution and prevention were taken to curtail such occurrences.

The unit commander said that most public transport drivers on Nigerian roads hardly drive without consuming hard drugs and other substances which were counterproductive and often lead to avoidable crashes.

“We don’t need to rush or follow one way just because you want to get to your destination on time, you must rest when you are tired.

“Lack of rest will cease your blood circulation and can lead to an accident,” Kareem warned.

He said that the ember months of September to December are free and safe just like every other month of the year and have no evil spirit.

Kareem urged all road users to be road safety conscious, noting that it is the responsibility of all and called on everyone to key into road safety projects to guarantee safety on the road.

Morakinyo urged motorists to obey all traffic rules and regulations, avoid night travels and give consideration to other road users.

Speaking on the condition of roads, Morakinyo said the attention of the Oyo State government had been called to it and work would soon start on the affected roads.

He called on motorists to cooperate with the corps while road diversion was taking place during the road maintenance and construction.

The Chairman of Egbeda Local Government Area, Mr Sikiru Sanda, called on motorists, especially the motorcyclists, to be guided by traffic code.

Sanda said that 70 per cent of accident victims in the hospital were caused by motorcyclists.