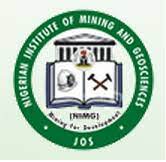 Prof. Bolaji Hassan, the Director-General and Chief Executive of the Nigerian Institute of Mining and Geosciences (NIMG), has said that the activities of illegal miners in the country were robbing the government of huge revenues.

Hassan, who said this in an interview with journalists on Thursday, in Jos, explained that the miners were exploiting rich mineral resources through the back door, while the government doesn’t get the desired revenues it ought to get from their activities.

He added that by using artisanal methods to mine and process the mineral resources, most of the miners were often forced to sell out the resources in their raw forms and at a give away rate.

“Illegal miners are simply robbing the nation of huge revenues that are supposed to go to government coffers. And this is simply because these minerals are being removed illegally; due process is not followed.

“Because they do it illegally, the miners sell the product without value.

“If these activities are done the right way or they come to us to process and add value to the product, the government will generate more revenues,” he said.

The NIMG DG further explained that some of the miners actually have genuine licenses to mine, but lacked the equipment to do it professionally, hence making the process illegal.

He called on the miners to allow the government to regulate their activities for maximum revenue generation, as well as to improve their personal incomes.

In another development,  Dr Chijioke Osuji, an agro-entrepreneur and value chain expert has asserted that the current security challenges and postharvest losses are major causes of the high cost of food in Nigeria.

Osuji told the newsmen in Calabar on Thursday that the security challenges in the country needed to be tackled to enable farmers to return to their farms.

Osuji, also an Associate Professor at the Federal University of Technology, Owerri, added that some farmer even fled their homes to save their lives leaving their harvested crops behind.

He told newsmen that between 30 per cent and 50 per cent of harvested crops were also lost to dearth of storage facilities and that the situation needed to be addressed speedily.

“This is the rainy season and some agricultural communities are not accessible due to the deplorable state of the roads; this worsens an already bad situation, caused by insecurity in the nation.

“The insecurity even prevents remedial measures on these roads, so when the farmers cannot farm, harvest, store or evacuate produce to the markets, a form of scarcity begins to build and the prices of foodstuffs go up.

“If we check insecurity and install a system for managing postharvest losses, the effect will be an increase in the volume of food available,’’ Osuji said.

Also, Prof. Uchechi Ogbuagu of the Department of Economics, University of Calabar, said that from the angle of economics, insecurity and excessive dependence on importation were the causes of food shortage in Nigeria.

Ogbuagu said that even in areas tagged food baskets of the nation and which had not had serious insecurity issues in the past, farmers there were afraid of going to the farms thereby reducing output.

He said the reduction in output was part of factors affecting the prices of food items.

The economist noted that while Nigeria’s population was growing exponentially, the economy was not growing fast enough to meet the needs of the people.

Citing 2020 data, Ogbuagu said that on average, Nigeria’s economy was growing at the rate of 0.77 per cent while the population was growing at 2.5 per cent.

“If you look at this, you will understand that there is pressure from population growth against the retardation in the GDP.

“We just have to find a way to boost our economy through increased production,’’ Ogbuagu stressed.