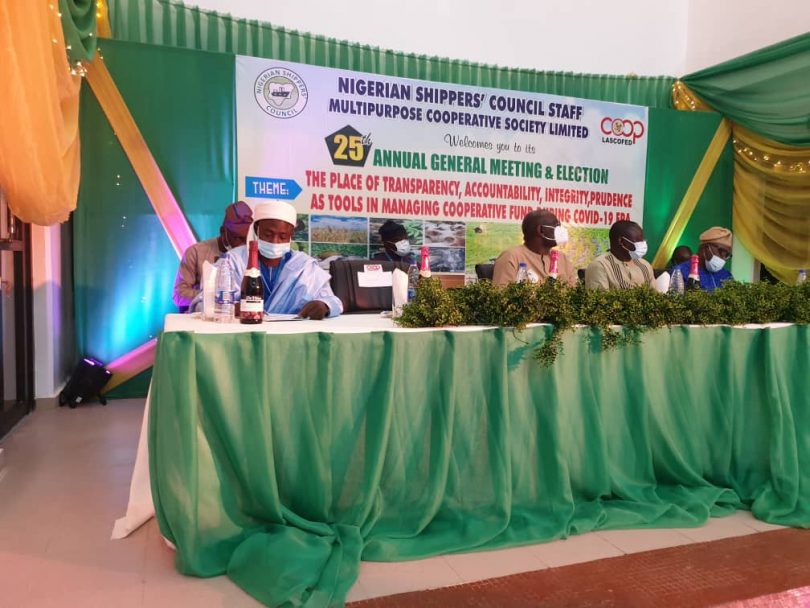 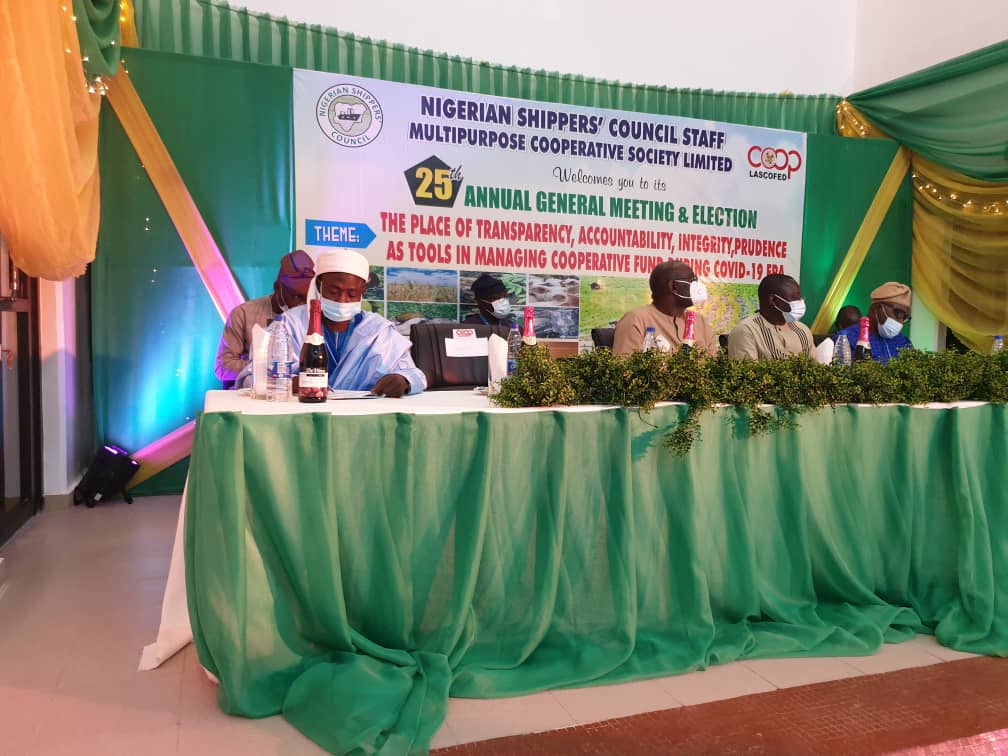 The Executive Secretary of the Nigerian Shippers’ Council (NSC), Emmanuel Jime has commended Council’s staff cooperative society on the award it recently received from the Lagos State Ministry of Commerce, Industry and Cooperatives.

He gave the commendation during the 25th annual general meeting and election of the cooperative society held at the council’s multipurpose hall, in Apapa.

Jime noted that this was the first of its kind since the inception of the cooperative society over 20 years in the council.

According to him, “The outgoing Executives deserve our commendation in addition to the Award recently given to them by Lagos State Ministry of Commerce, Industry and  Cooperatives with respect to their transparency and hard work.

“That was the first of its kind since the inception of the cooperative over 20 years in the council. That to me is an award not only to the Cooperative but also to NSC. We hope and expect more awards from the incoming Executives”.

Jime made the presentation of awards to past presidents of the cooperative and urged the electoral committee to ensure that the result of the election is transparent and should execute their duties without fear or favour.

The NSC boss called on management and staff of the council to ensure that they comply with the federal government’s directive on Covid-19 vaccination.

The Executive Secretary reiterated that the federal government has mandated all staff to be vaccinated and the council is not an exception.

According to him, council’s staff are civil servants that must abide by the government’s directives and guidelines on Covid-19, pointing out that nose masks and social distances must be properly adhered to as part of the preventive measures.

Jime who asked workers at the event to know the numbers of those vaccinated so far maintained that the federal government has mandated all staff to get themselves vaccinated and it’s a must.

The president of the NSC Staff Multipurpose  Co-operative Society, Mal. Bashir Ambi-Mohammed announced that his administration left the sum of N384,493,251.84  as against N30,442,770.89 it inherited from the previous administration.

He recounted the achievements of his administration to include an increase in the net surplus, cost-cutting policy, merit award, return of unused approved AGM money to the Cooperative account, children education loan, training of 40 cooperators via Lagos State cooperative Federation LASCOFED amongst others.

He urge whoever takes over as the next president of the cooperative to continue from where he stopped.

In his words “there are pending projects and investigations which I want them to look into like the case of an allegation against NSC Cooperatives by Polysonic Nigeria Limited, which I made public and ensure they don’t pay kobo until the case is resolved”.

Mr Adeyemi Olaolu who was the treasurer in the previous administration of the Cooperative emerged as the 8th president alongside others unopposed.

In his acceptance speech as the new President of the Cooperative, Adeyemi promised to bring to the table skill sets, build consensus and deliver results, establish trust, turn ideas into reality, doing the right thing at the right time for the Cooperative.