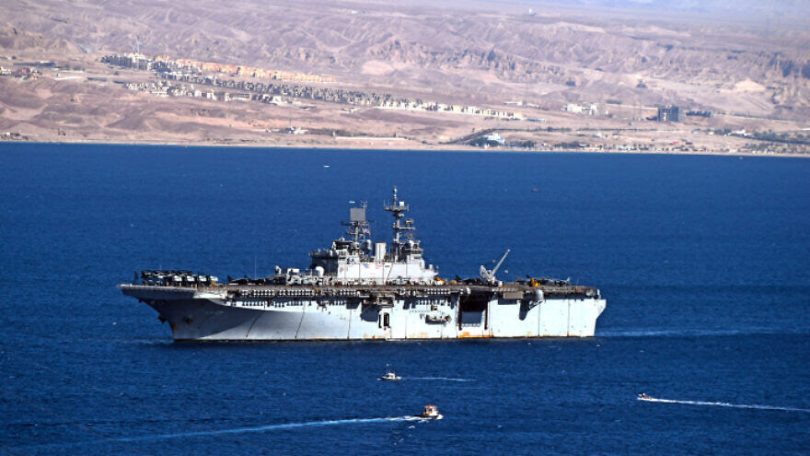 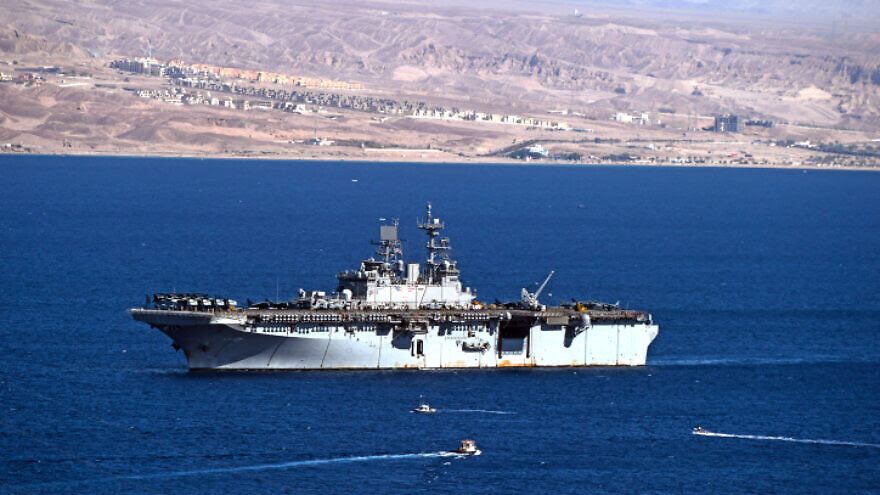 Israeli Navy official: “We are dealing with a terror threat.

This Iranian entrenchment is happening not only by proxies in the area but is also happening at sea.”

Iranian entrenchment activities in the Middle East are occurring at sea as well as on land, an Israeli Navy official stated in recent days, as Israel for the first time took part in a joint Red Sea naval drill together with the United States, the United Arab Emirates and Bahrain.

The historic joint exercise, held last week under the auspices of the U.S. Fifth Fleet, occurred as Iran held a major war exercise near the Strait of Hormuz, a naval chokepoint where some 20 percent of the world’s oil passes through.

That exercise included Iranian military drills in the Persian Gulf and the Arabian Sea.

“We exchanged information together.

There will be more, more advanced exercises,” he added.

While Iran is “trying to do their deterrence and power projection,” the official said, “we are doing cooperation.”

Israel is dealing with an ongoing terror threat at sea, he said, and this includes Iranian entrenchment efforts that occur not only through proxies on land but at sea as well.

“We have to deal with the safety of the sea and keep it a safe dimension.

Not just for Israel, which we are concerned with, but with all countries around us,” he stated.

In describing Iranian threats, the officer drew attention to the July 30 Iranian explosive drone attack on the Mercer Street oil tanker off the Oman coast, which killed a British security guard and the ship’s Romanian captain.

“We are dealing with Iranian terror on many dimensions.

The Mercer Street [attack] was a brutal terror act on an innocent vessel, and at the end of the day, two people were killed,” said the official.

That attack made clear the fact that Iran’s conduct “can also be a problem to other countries on land and the sea,” he stated.

“We’re not the only ones feeling this threat.

We see other places where those [Iranian] UAVs [unmanned aerial vehicles] are being fired in this arena in many countries.

This is not just a threat to Israel. It’s a challenge for the area.”

The drill was made possible by the shift of Israel into the U.S. Military’s CENTCOM’s area of responsibility, which covers the Middle East, and away from EUCOM, in September.

The Fifth Fleet’s umbrella coalition maritime forces are currently made up of 34 countries; Israel is set to become its 35th member.

Israeli and American naval vessels trained together in the Gulf of Aqaba on Aug. 31 in an exercise involving the Fifth Fleet, but the Israeli naval official said this latest drill was the most important collaboration of its kind to date.

He described scenes of Israeli Navy officers and sailors meeting with Bahraini, Emirati and American counterparts onboard the same ships.

“This will increase cooperation and the safety of the Red Sea—but not just the Red Sea,” said the official.

“This is the beginning of cooperation which will be conducted in stages under the planning that we did together.

What is beautiful about the sea is that, for many years, it has been easier to create partnerships and cooperation there,” stated the source.

“The sea is further away from land, and sometimes it is not visible to the eye. It is a different dimension.”