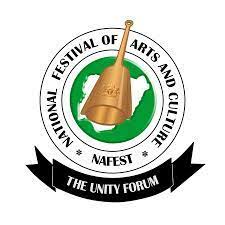 Runsewe said this at the closing ceremony of NAFEST 2021 late Saturday night.

The festival with the theme, “Celebrating National Unity in Diversity”, commenced on Nov. 14 and ended on Nov. 22.

NCAC is responsible for organising the annual cultural festival.

“The 2022 edition of NAFEST will hold in Lagos State.

“Lagos is waiting for the world and we are going to Lagos with an advanced NAFEST, we will do something bigger than what we have had in the past,” he said.

Runsewe said that NAFEST remained a veritable tool for uniting the nation, adding that such cultural festivals would stop agitations for separation.

“We will get Nigeria united by all means, we must remove that spirit of dishonesty, hatred and fake news, all must go now.

“The story been carried around that Nigeria is going to be divided, you can see 31 states in Ekiti, this is to tell us that nothing can divide this country, the country will remain.

“I thank Ekiti people and the government for receiving the 31 states and giving us the impression we need, it is a big statement and I remain grateful.

“There is no reason to disagree among ourselves considering the beauty of this nation, rather, we should stand together in love, peace and harmony,” he said.

Runsewe noted that over 450 Ekiti indigenes had been empowered with some forms of skills like wig and bead making, tailoring, cosmetology, shoe making and conversion of waste to wealth.

residents especially those in hotels, transportation and other businesses.

According to him, with such a festival, Nigeria will be stronger and better again.

The state Commissioner for Commerce, Industry and Cooperatives (MCIC), Dr Lola Akande, made this known in a statement, signed by Mr Kayode Oyekanmi, Director, Public Affairs, MCIC, on Monday.

Akande noted that the four-day-long event which would be declared open by Governor of Lagos, Mr Babajide Sanwo-Olu, would begin on Tuesday, Nov. 23, at Adeyemi Bero Auditorium, Alausa.

The Commissioner said the event would showcase new initiatives in the industrial sector of the state, aimed at encouraging more contributions of the sector to the overall economic growth and development of the nation.

Akande added that the event would feature presentations of model projects designed by students across the State and also new initiatives of young African industrialists.

“The Industrialists Week will provide a platform for exhibitions, daily lectures and paper presentations by erudite scholars on topical issues affecting industries.

“There would also be a public presentation of the award of excellence to outstanding industrialists in the state.

“We commend African industrialists for their creative science-based researches and fabrications exhibited in previous years.

“We are also emphasising the state government’s commitment to promoting policies and providing infrastructure that would encourage sustainable growth and development of the sector,” she said.