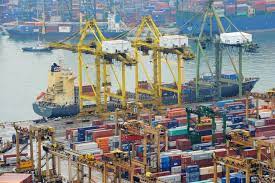 Clearing and forwarding operators in Rivers have called on the Federal Government to upgrade the Port Harcourt seaport to enable it to meet current demands in cargo handling.

The Port Harcourt seaport was constructed over 100 years ago.

He said that an upgrade on the Port Harcourt port had become imperative as the facility could no longer accommodate further surface dredging.

“Our challenges are numerous but among the greatest is the draft; we have a very shallow draft, not more than nine meters and there is a limit to which a port could be dredged.

“The Port Harcourt port is over 100 years old, we even wanted to dredge it but the foundation is no longer conducive for further dredging“, he said.

He said other factors such as poor access roads, truck holding bays and poor security within the seaport were constraining businesses at the facility.

“If our ports here in the south are well secured, vessels will come, importers will be confident in bringing their cargoes.

“Right now most importers from Anambra especially Awka and Onitsha areas take their cargoes to as far as Lagos state where they have more confidence in the safety of their goods,” he said.

The PTOL boss, therefore, urged relevant authorities to beef up security at the ports and their host communities.

“For instance, if importers spend a lot on security, they will be left with no option than factor it into prices of their goods and the end user now pays for whatever they may have spent.

“Goods down south will be cheaper than what we currently have if those security expenses which i described as needless are appropriately handled by relevant authorities.

“I call it needless expenses because in other ports, especially the Lagos ports, importers don’t make provision for security, they don’t spend money on the security of their vessels and cargoes.

“We understand that no matter the model, insecurity cannot be eradicated but we are calling on relevant authorities to employ measures to ameliorate it,” he said.