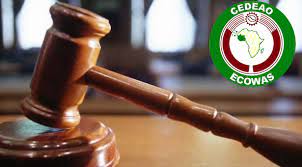 Legal luminary, Femi Falana, has advocated the setting up of an appellate division of the ECOWAS Court as a solution for flagrant disregard to court rulings by member states.

Falana gave the suggestion while presenting a paper at the ongoing International Conference organised by the ECOWAS Court in Lome, Togo to celebrate its 20th anniversary.

His position was, however, countered by a justice of the Court, Dupe Atoki, who held that an appeal court is no solution to the impunity by member states and lack of enforcement of court rulings.

The newsmen report that currently, the Revised Protocol of the court stipulates that its ruling could not be appealed by member states.

In its 20 years of existence, less than half of its 150 rulings have been executed by affected member states with only six out of 15 states complying with the pre-requisites for obeying the court ruling.

It is, therefore, in a bid to reduce the rate of disregard for the court that Falana said member states could better embrace ruling if there is an opportunity to appeal it.

“There is the fear that the Court may lose its relevance if its judgments are continuously treated with disdain by member states of the ECOWAS.

“In view of the increasing workload of the Court, the suggestion that the jurisdiction of the Court on human rights is hinged on exhaustion of domestic remedies can no longer be ignored.

“But the Court cannot suo motu introduce exhaustion of local remedies as a precondition for accessing the Court as suggested by some advocates.

“It is a proposal that will require an amendment of the Protocol of the Court,’’ Falana said.

He added that the future of the court was bright as it had a lot of work to do with some countries in the region being overtaken by the military.

However, in her submission, a Justice of the Regional Court, Dupe Atoki stressed that an appellate court would by no means solve the problem of impunity on the part of members states.

Speaking with newsmen after moderating a session on sanctions of dissident members, Atoki held that setting up an appeal court “will not solve the problem of enforcement’’.

According to her, an appellate court is to ensure error-free rulings.

She added that it would still be a decision of the Court and would not command any different action from erring member states.

“I do not share this sentiment because the fate that befell the lower court will also befall the appellate court.

“It does not make any difference, it is still a decision coming from the ECOWAS Court.

“The reason for an appellate court is not for enforcement, rather it is to guarantee that there is no error in the decision of the lower court.

“So, if you are looking for enforcement of the judgment, designating an appellate court is of no consequence.

“The same culture of impunity will attend the decisions of the appellate court,’’ Atoki said.