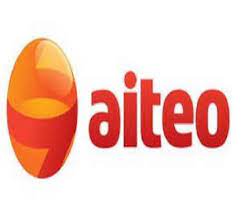 The Federal Government on Tuesday directed AITEO Eastern Exploration and Production Company Ltd. (AEEPCo), to stop the operation of oilfield in Bayelsa State.

A statement by Mr Saghir el Mohammed, Press Director, Ministry of Environment, said this in Abuja, indicating that the government has ordered that the company should not operate in the area until a proper investigation is carried out and adequate measures put in place to ensure the safety of lives and property.

According to him, this is a proactive measure to address the recent unfortunate oil spillage at Santa Barbara in Nembe Local Government Area of Bayelsa state.

“The Federal Government has directed the exploration company, AITEO Eastern Exploration and Production Company  Limited (AEEPCo), to halt operations in the area until a proper investigation is carried out.

“Also, adequate measures will as well put in place to ensure the safety of lives and property in the area.

“It can be recalled that the spill occurred on Nov. 5, 2021, in a form of a fountain within the proximity of Opu Nembe Community at Well 1, Well Head located at the Southern Field of Sant Barbara.

“Upon receipt of the report of the incident, a Joint Investigation Team (JIT) comprising the National Oil Spill Detection and Response Agency (NOSDRA), Nigerian Upstream Petroleum Regulatory Commission (NUPRC), was set up.

“Also, the state Ministry of Environment, Community representatives and Aiteo Eastern Exploration and Production Company was set up on Nov. 6, 2021, to immediately address the situation.

“The exercise was inclusive because of inaccessibility to the wellhead location due to the hydrocarbon fumes that saturated the atmosphere in the area.

“Consequently, the JIT directed AEEPCo to shut down in the impacted asset (wellhead) for appropriate oil spilI response.

“As at Nov. 10, 2021, efforts to shut the well has proven difficult due to inaccessibility.

“Meanwhile, in an effort to safeguard the environment and livelihood, staff from the NOSDRA’s Yenagoa Field Office were deployed to the site to monitor and give a progress report on the measures being taken to address the issue.

“There are further directives to AEEPCo to engage all relevant stakeholders in the spilled oil recovery process.

“In this vein, 3,000 barrels of emulsified crude oil have been recovered and held in a recovery barge.

Also, additional booms were deployed by the Clean Nigeria Association (CNA) System to work with the on-site recovery contractor.

The further effort yielded result as containment and recovery within the leak area have been reinforced by Nov. 15,” he said.

Mohammed said that the CNA has mobilised to the site for enhanced containment and recovery.

He added that boot and coots, mobilised for good control and securing and AEEPCo has secured a temporary work permit for expatriates expected in the country for the activity.

According to him, based on JIT reports, a well control company (Kenyon International) was at the incident location for an on-site assessment.

“Meanwhile, containment and recovery are still ongoing. It is instructive to note that the wellhead experts have arrived in Nigeria and will commence work on killing the well.

“However, in order to ensure safety and guarantee future operations in the area by AEEPCo, NOSDRA has mandated the company to carry out concrete actions.

“The action is to address the situation that includes clean-up of impacted areas, remediation of spill site as well as damage assessment and post-spill impact assessment.

“NOSDRA, through the Federal Ministry of Environment, will keep the public informed on future developments on the spill incident with an effort to contain the further spread and limit the effect on the environment.

In another development, the National Oil Spill Detection and Response Agency (NOSDRA) says it has rolled out strategies to tackle incessant oil spills in communities in the Niger Delta.

NOSDRA Director-General, Idris Musa, disclosed this at a one-day Community-based Disaster Risk Reduction (DRR) plan on Tuesday in Port Harcourt, organised by NOSDRA to create awareness on the dangers of pipeline vandalism.

Represented by Mr Oladipo Obanuwa, NOSDRA’s Director, Asset Safety and Mitigation, Musa said the new strategy involves the deployment of its DRR plan to all states in the region.

“The DRR plan was first carried out in Bayelsa state in 2014, and will now be replicated in other oil-producing states and transit states.

“The plan was developed by NOSDRA to create and sustain an interface with stakeholders that hitherto has not been effectively engaged in the effort to curb pipeline vandalism.

“Even though crude oil spills can sometimes occur from failure of equipment, pipeline vandalism by unscrupulous elements contributes largely to this menace.

“This menace has resulted in adverse socio-economic, health and environmental problems that have threatened the ecosystem and the people’s livelihood,” he said.

Musa said the agency commenced test running the new strategy in Ikarama and Kalada communities as well as in 25 other participating communities between May 26 and August 27 2015.

According to him, the DRR plan harmonises the roles and responsibilities of government, oil industry operators, host and transit communities, and other relevant stakeholders in addressing crude oil spills.

“It also ensures that host and transit communities in collaboration with relevant stakeholders hold themselves responsible for the advocacy and protection of their immediate environment,” he explained.

Mr Emmanuel Fienemika, the Director, Inspectorate and Enforcement, Rivers State Ministry of Environment, expressed concern over activities of pipeline vandals in the state.

He attributed the rising vandalism to the alleged refusal of pipeline owners and operators to partner and engage communities.

“Pipeline owners and operators’ failure to partner host communities has led to distrust and self-help syndrome in our communities.

“Thereafter, we inaugurated committees on pipeline protection and preservation of oil and gas right of way, to carry out sensitisation campaigns across the communities,” he noted.

Fienemika urged NOSDRA to be dogged, honest and consistent in its newly-introduced programme that seeks to effectively tackle crude oil spills in the country.