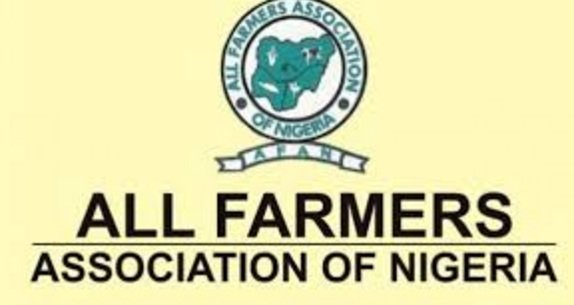 … As AATF, SEEDAN, others launch seed company for Nigeria***

Mr Romanus Eze, Chairman of, All Farmers Association of Nigeria (AFAN) Enugu Chapter, has blamed the hike in prices of foodstuffs on heavy taxation and inadequate preservative centres in the country.

Eze told the newsmen in Enugu on Wednesday that farmers faced challenges of both legal and illegal tax payments in states.

He said that the lack of preservative centres in the states took lots of perishable produce out of the markets.

The chairman noted that farmers in Enugu State after overcoming the challenges of harvesting their produce face legal and illegal produce tax collections.

According to him, farmers in the state have been facing lots of challenges from the Local Government produce tax collectors.

“These people have been extorting money from farmers starting from the local to the urban markets and it is the end-users of the commodity that pay for it”.

He called on the Federal and State Governments to abolish some taxes on produce at the local council level.

“It is the cost of farming, harvesting, produce tax and collection from security agents at checkpoints that cost hike in prices of commodities.

“Good road network should not be overlooked as it helps the farmers evacuate their produce to the markets,” he said.

Eze said that the country must provide preservative centres to sustain the efficacy of perishable goods.

“There is Modern Solar Power Preservative Mechanism that can be constructed at the Local Councils or cluster areas close to farmers,”..

Eze regretted the effect of the sit-at-home project in the South East, on-farm markets, and the region’s economy.

“It affects the farmers because they always harvest their produce at the weekend with intention of taking it to the markets on Monday.

“Losing Mondays which is the beginning of activities in the south-east tells economically on the lives of the people,” Eze said.

In the meantime, the African Agricultural Technology Foundation (AATF), Seed Entrepreneurs Association of Nigeria (SEEDAN), National Agricultural Seed Council (NASC) and other stakeholders have inaugurated a start-up company in Nigeria.

The newsmen report that the inauguration of the company, ‘ECOBasic Seed’, is part of efforts to increase the productivity and profitability of seed companies and farmers in the country.

The company will also produce foundation seeds of the highest quality and purity for Nigerian and West African markets.

Karume added that the company would Catalyze the development of hybrid maize technology adoption rate in Nigeria.

He said that closing the national maize production and demand gap would require concerted efforts by players across the value chain.

He stated that the company will be providing the services of genetically pure foundation seed so that the genetic potential of the hybrids is realized.

According to him, ECOBasic will concentrate in Nigeria, while in the long run, it will target the greater Economic Community of West African States (ECOWAS) Region.

“It will target indigenous and international seed companies that produce certified hybrid seeds.

In his remark, the Executive Director of AATF, Dr Kanangire Canisius, said ECOBasic seed company was driven by the mission to sustainably produce foundation seeds of the highest quality and purity for hybrid seed production for seed companies, thereby enhancing profitability, productivity, and food security in West Africa.

He expressed concern that Africa had remained the leading continent where issues of hunger and poverty remained on the increase, and where agricultural productivity remained at its lowest.

“ECOBasic Seed Company is coming at a time when the seed sub-sector in the region needs a vibrant player to fill in the gap”, he said.

“If you can get the seed sector right, then you have solved almost 70 per cent of the challenges associated with agriculture,” he said.