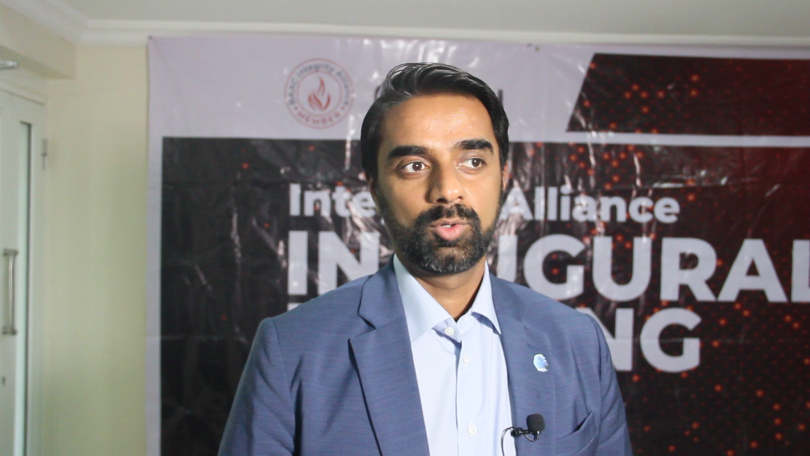 The Maritime Anti-Corruption Network (MACN) in partnership with the Convention on Business Integrity (CBi) and other major Maritime stakeholders, under the auspices of the Integrity Alliance Group, has flagged off strategic plans designed to strengthen integrity, efficiently transform and improve the operating environment in Nigerian ports and terminals. 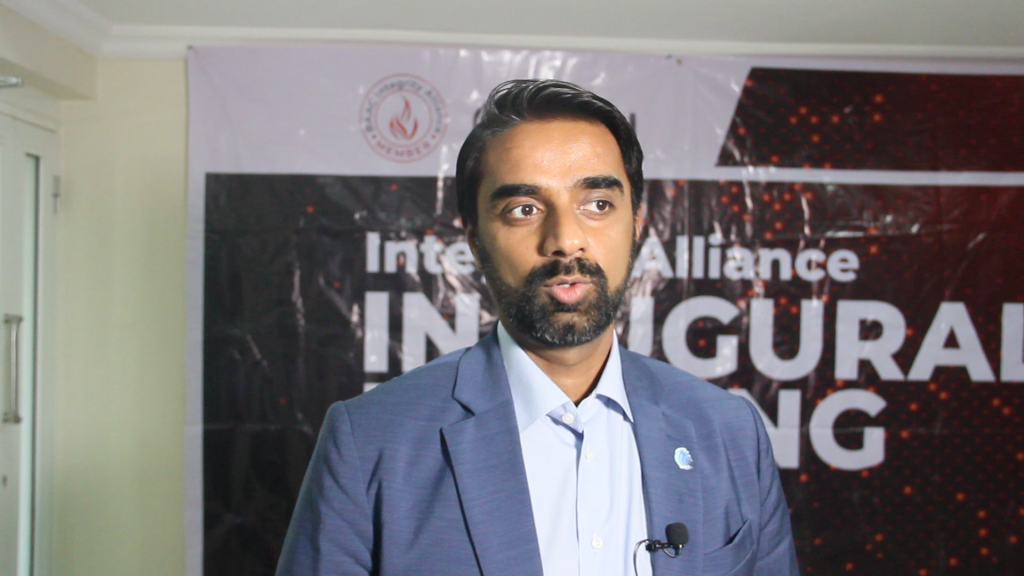 Already, the statistics on corruption, particularly unethical demands (bribery) has dropped from 126 some two years ago, to about 51 as at November 2021, following what is perceived as positive impact of Help Desk platforms created; and the improved perception among foreign ships calling at the nation’s seaports.

A Co-founder of the Convention of Business Integrity (CBi), Mr. Olusoji Apampa disclosed this on Wednesday, at the Amber Residence, Ikeja in Lagos, adding that the Integrity Alliance group is focused at working side by side with the Government, on its Anti-Corruption vision, to entrench global best practices in the ports industry.

He then unveiled the mission of the CBI at replicating the successes already recorded on the side of Vessels clearance, now in cargo clearance so as to reduce incidences of inefficiency and corruption at the ports. 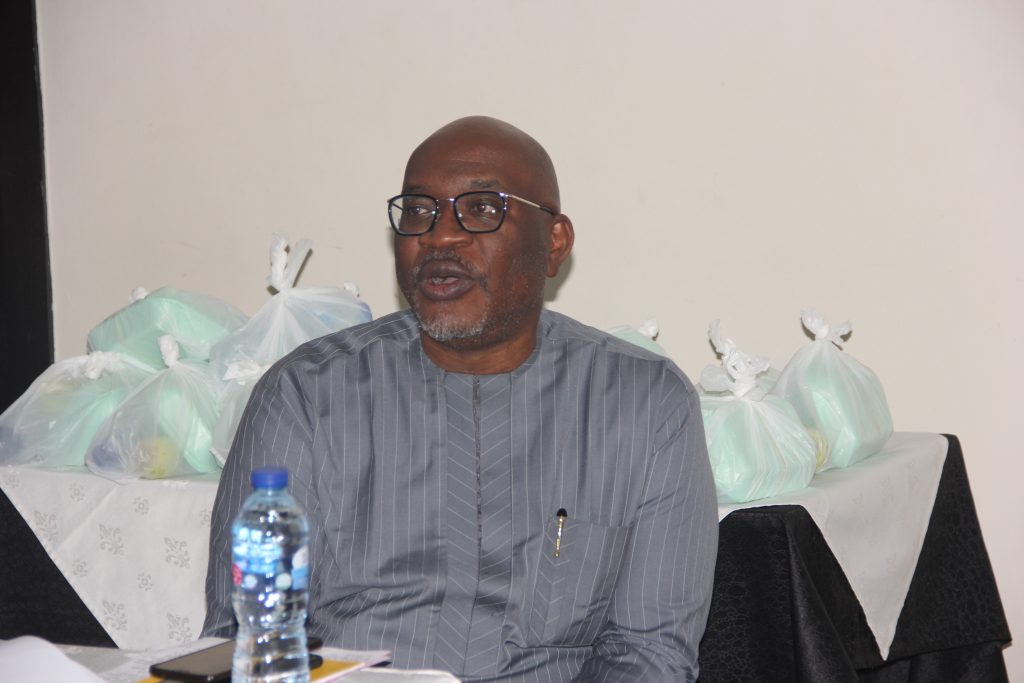 He also lauded the Nigerian Shippers Council (NSC) as the lead agency for the enforcement of these procedures through the National Port Process Manual (NPPM); and urged Nigerian Stakeholders, on the need to key into curbing bribery via the use of the Help Desk, noting that the introduction of Help desk and subsequent reports of corrupt demands by government officials from foreign ships captains dropped from 268 complaints in 2019; to 126 for the year 2020.

“You may be aware that a set of reforms have been going on since 2012 at the request of the Maritime Anti-Corruption Network. Based on that, there has been the government, MACN, agencies at the port and ICPC.

That has culminated into Standard Operation Procedures (SOPs) being defined, as grievance reporting measures being put in place which is managed by the Nigerian Shippers Council.

Today we also have the National Port Process Manual which had even expanded on making the processes at the port transparent”, the Integrity Alliance Chieftain further revealed.

“What we intend to do is the continuation of what has been achieved on the side of vessel clearance.

“In 2019, there were 266 incidents of demands for large cash un-receipted payments.

So, it is our hope in 2022, we can reduce this and can now start to take bold steps in cargo clearance; trying to reduce the incidence of inefficiency and corruption as well” he said.

While highlighting the plans and procedures set to be implemented to achieve the Alliance set goals, Apampa noted that there would be provisions for the training of the officials of government institutions and sister agencies while also ensuring adequate sensitisation of port users and the general public.

“We are having a strategic meeting for 2022 with members and leadership of the integrity alliance.

Integrity Alliance is the group of stakeholders in the maritime industry who are willing to do things in the right way.

We are partnering with the government to get agencies under it to do things the right way.

Luckily, we already have a government in the maritime sector that has Representatives who have been looking at the right way of doing things.

Hence, the purpose of this briefing through the Integrity Alliance is to engage the government to move the maritime sector forward.

“The meeting is to prepare us for the year 2022 especially in the first two quarters because the campaign would begin in earnest from mid next year and we don’t want to clash with the political agenda.

We want to achieve most of what we intend to in the first half of the year.

“In the first quarter of 2022, we would be training all the agencies officials who board vessels and the standing task team which comprises DSS, Shippers’ Council, NPA who are carrying out operations and ensuring proper implementation of the Port Process Manual.

“We want to also reexamine the digitalization of the Port in the first quarter especially the quest for single window in the context of the African Free trade Agreement.

As regards this, we want to have a stakeholder forum on the 27th of January, 2022.

“In the second quarter, we would bring from the sub-region, all of the agencies that board vessels, and try to get some training courses for them so they would understand international best practice on how to relate with ships clearing, and to also related with the consignee, freight forwarders in the clearing of cargoes” Apampa concluded.

In his own contribution, the MACN’s Associate Director, Global Operation and Industry Engagement, Vivek Menon expressed his optimism towards the implementation of change and integrity in the Nigerian port system.

This is even as he noted that models implemented in Nigeria had been working since 2019.

Menon also stated that the success so far recorded in Nigeria has become a huge motivation for replication in other countries like Ukraine, Egypt and India.

“Some handful of companies came together to look into doing ethical business going forward from a change in the processes of the system of Shipping companies with the advent of the UK Bribery Act 11 years ago.

This informs the MACN.

It is a Network and not a service based organisation.

In terms of container traffic, we have moved more than 75 percent of tonnage.

“We want to start with Nigeria because it is one of the most difficult working environments.

We are very optimistic because we consciously believe that there was change happening.

The change is not well amplified enough and we also want to take advantage of the change happening.

It is beneficial for the country, region and also the continent.

“This is a replication of what we are doing internationally using the Nigeria Model to be used in other countries.

I am proud to say the model we have been using in Nigeria had been working since 2019 with the advent of the help desk and the help we have been getting from the government.

It is just being implemented in Ukraine; Egypt has taken a similar route; and also India, using a similar model” Menon noted. 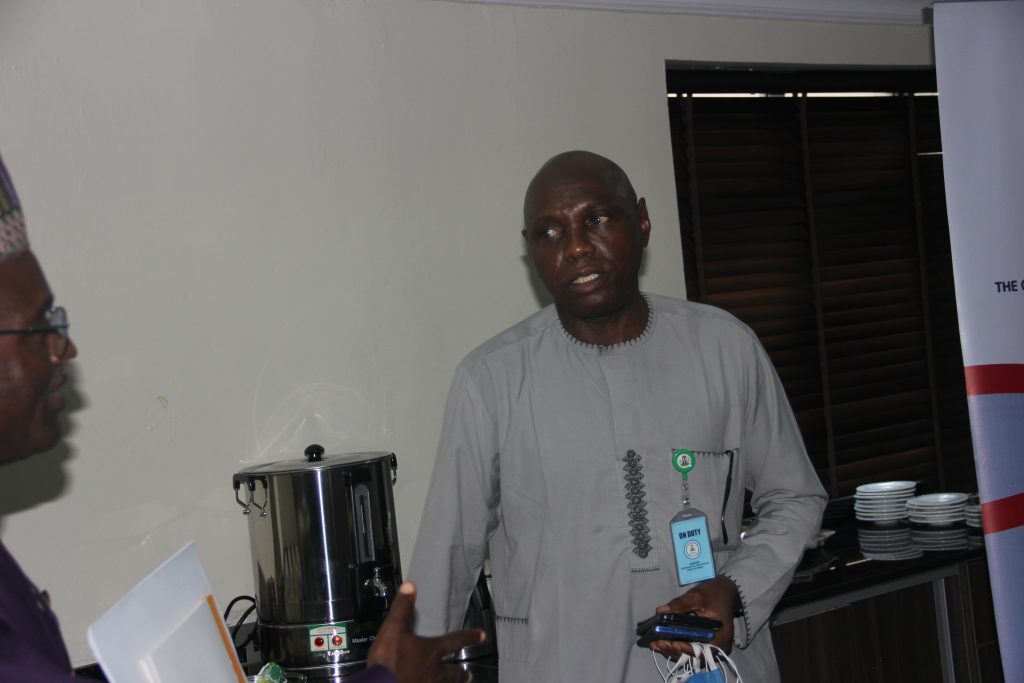 Speaking on the safety and security of the standing task team due to several previous resistance from terminal operators, the National Coordinator of the National Port Process Manual (NPPM) Mr. Moses Fadipe emphasised that the team is well equipped and formidable to ensure compliance at all levels of the port system.

He however solicited for the joint support of both stakeholders and the government in order to achieve huge success.

“If we really want the task force to work, with our collective efforts, the government will have no option than to support us.

There had been incidences of resistance.

When we got to Onne in Port Harcourt, it was a mob action but we thank God we were able to prevail over them.

“On the vessel side, 80 to 85 percent success has been recorded.

All we need is patience,  commitment and resilience.

Although there are a lot of threats, physical assault.

“We started operations in March on the Vessel side In all the ports of the Nation.

We are now moving to the Cargo side.

The terminals are already complying and not stopping us anymore because we have shown them our character.

I, therefore, appeal for support for the users of these services.

With your support, I think the sky is the limit” Fadipe said.

On his part, the President, Shippers Association of Lagos State (SALS), Rev. Jonathan Nicole described the project as the last hope of Nigerian maritime stakeholders.

He particularly commended the initiative and called for financial support from stakeholders, the government and the World Bank for the funding of the project. 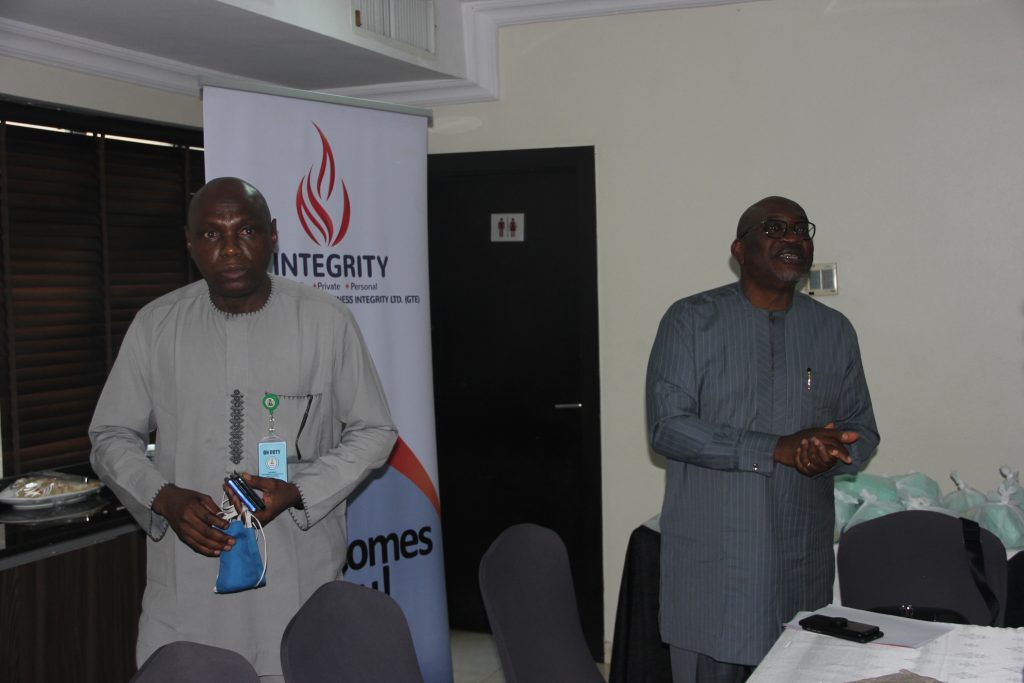 “This body is the last hope for all major stakeholders in our system.

We cannot rule out the history of Nigeria is shipping is not part of the heading.

We have to sit down and see how we can finance ourselves and get support from the government.

“I must commend the people who brought the NPPM together.

If we develop that, most of the challenges we have in our ports will not longer exist. We must strengthen our Compliance and make it a strong force” Nicole stressed.

Also, David Etim, Deputy President Calabar Chamber of Commerce, Industry, Mines and Agriculture said “it is critical that the private sector takes holds of this project, put their money where their mouth is and drive the project going forward.

We need to think very rapidly so that we can ensure the sustainability beyond political dispensations”.