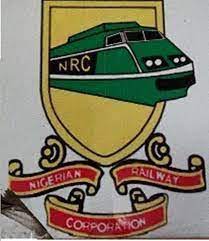 Sanni, in an interview with newsmen, said the Nigeria Railway Corporation (NRC) would soon commence e-ticketing along the axis.

The coordinator said this following series of passengers complaints along the Warri-Itakpe rail route.

He said:” I  am not in Agbor right now, however, it is possible to have a standing passenger on a train because the sales of tickets are manual.

”This will be curtailed with the introduction of e-ticketing which will come up soon.

”The Head office has advertised for this and bids were submitted.

The selection and award for the project is likely to be done this year.

”We are also making efforts to strengthen the train with additional two coaches of 88 passengers per coach.

This is expected to reduce the number of passengers without seats, Sanni added.

According to the coordinator,  the coaches are already stationed in Agbor and will be added by the first week of December after the Mechanical check and satisfaction.

newsmen report that in spite of the complaints by passengers, there is a video clip circulating in the media where passengers along the route were seen jamparked and standing in a train heading to Kogi.

A passenger who was onboard the train,  Gloria Ali, expressed displeasure that passengers paid the same fair to be transported to a location only for few to be sitted while a majority were standing.

”The train was full,  some passengers were even standing at the door and you can imagine that everyone paid the same fair.

And I’m sure some passengers using this medium for the first time today will have a horrible experience of the ride.

” I pray the appropriate quarters will do something as soon as possible about this situation, as it calls for serious concern,” she said.