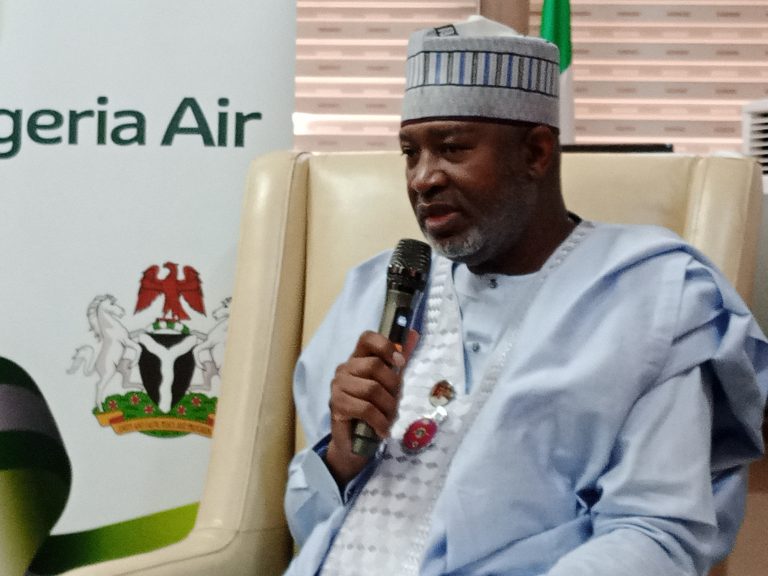 The Minister of Aviation, Sen. Hadi Sirika, has said that the establishment of Nigeria Air will create 70,000 jobs in the country.

Sirika, who made this known while addressing newsmen on Thursday in Abuja, said such a national project would reduce unemployment in the nation.

According to him, the Federal Government (FG) is taking all possible steps to ensure the dream of establishing Nigeria Air is realised in no distant time.

“The Nigeria Air, when operational, would generate over 70,000 jobs.

The Federal Executive Council (FEC), Wednesday, approved April 2022 as the official date for the commencement of the operations of Nigeria Air.

“The majority shares of 49 per cent of the Nigeria Air project will be owned by strategic equity partners; 46 per cent by Nigerians, while the Federal Government will own five per cent of the shares,” he said.

According to him, the provision of the equipment, including the software support and training, will make all the activities of civil aviation easier and faster toward results-oriented.

“The software will allow all of the activities of civil aviation regulations to be done electronically on one platform.

“These, including payments, follow-ups on personnel licenses, medicals, economic regulation of airlines, safety regulations of airlines and all other businesses within the envelope of civil aviation, will be monitored by this single software.

“This one also is the approval of the Outline Business Case for the establishment of the National Carrier,” he added.

According to him,  the airline will increase gradually from three aircraft to 30 aircraft (as planned) in line with the best practices.

Gabriel pointed out that the lease company would be employed in the process of procuring new aircraft.

He said the aircraft would be flown by Nigerian pilots with a Nigerian cabin crew.

The adviser explained that the best month in a year to start operation is either March or October.

He added that the airline would create huge recruitments for Nigerians.