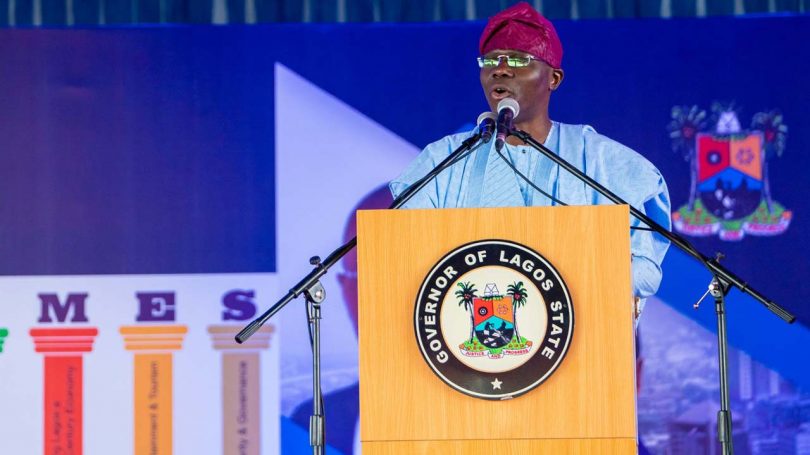 Lagos State Governor, Mr Babajide Sanwo-Olu will on Thursday,  share the state’s experience in the use of education and technology for development.

Secretary of the Lagos State University (LASU) Alumni Association, Mr Wale Anthony disclosed this in a statement on Monday in Lagos.

Anthony said that Sanwo-Olu, who is the Visitor to LASU,  would share such an experience during the 2021 LASU Alumni Governor’s Lecture.

He said the lecture would be held at the main campus in Ojo.

He further said that the programme would have as its, Chairman, a former Minister of Works, Sen. Adeseye Ogunlewe.

According to him, the lecture has its theme as: ”Educational Leadership and Technology as Viable Options for Educational Recovery and Nationhood: The Experience of Lagos State”.

”Earlier on Nov. 18, a team from the LASU alumni association, led by the Chairman Board of Trustees, Mr Teju Sonoki, had met with the Chairman of LASU’s Governing Council, Mr David Sunmoni.

“The meeting with  Sunmoni is to intimate him of Sanwo-Olu’s acceptance to give the 2021 lecture.

”The team also met with the Vice-Chancellor, Prof. Ibiyemi Olatunji-Bello and other members of the management team to intimate her of Sanwo-Olu’s acceptance to give the 2021 alumni governor lecture.

”Other members of the alumni team present at the meeting were Mr Boye Kalejaiye, Chairman Planning Committee of the  2021 lecture, Prof. Gbenga Oladimeji,  Secretary, Board of Trustees,  and Mr Folarin Moshood, Assistant National Auditor,” he said.

This is contained in a statement issued by Mustapha Jafaru-Kaura, Director-General, Press Affairs and Public Relations to the Zamfara State House of Assembly.

Magarya, who led various house committee chairmen to the project site, summoned the contractor to explain why the project is moving at a slow pace.

The speaker said his team was at the project site as part of the mandate of the legislative arm as enshrined in section 128 of the 1999 constitution, as amended.

“The constitution of the Federal Republic has empowered the state legislature to embark on oversight functions to projects being executed by the government.”

Magarya ordered the Commissioner for Housing and Urban Development and that of Works and Transport as well as the consultant of the project, B.J. Aeronautics, to appear before him to explain the reason for delaying the project.

The speaker said his meeting with the critical stakeholders would proffer a solution to the project delay.

Earlier, the state Commissioner for Housing and Urban Development, Alhaji Ahmad Muktar Gusau, while conducting the speaker round the project, assured that the quality of work would not be compromised.

The Commissioner said the work was delayed due to the paucity of funds as well as the security situation and the rainy season in the state.

He, however, assured the speaker that the ministry would ensure the bill of quantity is maintained.

According to the Commissioner, the ministry had maintained a weekly project site visit to ensure compliance.

He expressed optimism that the project would be completed on schedule.

Gov. Bello Matawalle, during an inspection of the project in May, said the Cargo Airport would begin operation before the end of 2021.

The newsmen recalled that former Gov. Mahmud Aliyu Shinkafi initiated the project in 2008, for an initial contract sum of N10 billion, but the successor administration of Gov. Abdulaziz Yari did not continue with the project in his eight years in office.

Gov Bello Matawalle, however, inherited the project in 2019 and announced his intention to complete and put it to use.