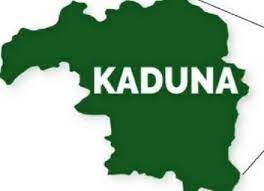 The Commissioner for Internal Security and Home Affairs, Mr Samuel Aruwan, made the disclosure in a statement on Monday, in Kaduna.

He said that according to the report, troops on patrol made contact with bandits around an identified hideout in Birnin Gwari LGA.

“They were engaged in a gun duel, after which two bandits were confirmed to have been neutralized.

“In another raid on a bandits’ camp around Idasu in Giwa LGA, security forces engaged the criminals and after a gun battle, three of these were confirmed neutralized.

“Cumulatively, across both locations, two AK47 rifles, one pump action rifle and three motorcycles were recovered from the operations, and are in the custody of the Military,” he said.

The commissioner said Gov. Nasir El-Rufai received the reports with satisfaction and thanked the security forces for conducting sharp and effective missions.

Adding that, the governor urged them to sustain their efforts towards dismantling identified criminal enclaves.

Aruwan said clearance operations will be sustained in these and other locations across the State.

In another development, the Deputy President of the Senate, Sen. Ovie Omo-Agege, has appealed to Nigerians to be patient, saying the Federal Government is making frantic efforts to tackle security challenges in the country.

Omo-Agege (Delta Central-APC) made the appeal on Monday at the 90th Anniversary of the Urhobo Progress Union (UPU) Worldwide.

The event was held at the UPU’s Secretariat in Uvwiamughe Community, Agbarho, Ughelli North Local Government Area of Delta.

The newsmen report that UPU, which is the apex Urhobo socio-cultural body, was established on Nov. 3, 1931.

Omo-Agege, who delivered a lecture entitled: “Challenges and Prospects of Urhobo Progress Union in Contemporary Time”, stressed the need for peaceful coexistence between the farmers and the herders.

“I plead with our people that the current heated temperature in the Nigeria polity is commonplace in a developing society.

“I urged our people to be patient as the government continues to grapple with this problem,” he said.

The senator called for unity among the Urhobo people, noting that the consequences of disunity were dreadful.

He said Urhobo, being the fifth largest ethnic nationality in the country, has great numerical strength, adding that they had not been able to utilise this politically.

“The loss of political power as a consequence of lack of unity among the Urhobo has clearly made the empowerment of our people and development of UrhoboLand difficult.

“Let me be clear and emphatic, we are better and stronger together. The consequences of lack of unity are dreadful. Urhobo is created for greatness,” he said.

Omo-Agege, who frowned at the poor quality of education in the country, said that the Federal Polytechnic, Orogun in Ughelli North Local Government area, would begin academic activities in September 2022.

He urged the Urhobo sons and daughters, particularly the youth to play their parts in the quest for the socioeconomic and political advancement of the Urhoboland.

Oborevwori, represented by Mr Solomon Ighrakpata, a member representing Uvwie Constituency at the Delta House of Assembly, said that UPU was a strong voice to address issues bordering on Urhobo nation.

He called for sustained unity and cohesion among the people of Urhobo.

Earlier, the President-General of UPU, Mr Moses Taiga, said that the organisation started as Urhobo Brotherly Society in 1931.

Taiga called for unity and continuity of purpose among the people.

In attendance were sons and daughters of Urhobo within and in the Diaspora, including the traditional rulers.