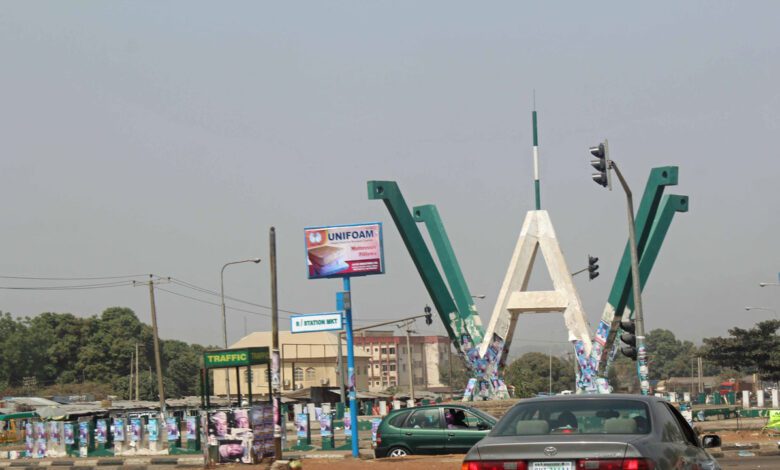 … As Niger Govt to partner with association on food security***

The Kaduna State Government has earmarked N1.4 billion for the reconstruction of schools and equipping programs across the state.

The project is a rollover from the 2021 budget.

This is contained in the 2022 Budget of N278.6 billion signed into law by Gov. Nasir El-Rufai on Wednesday and made available to newsmen in Kaduna on Thursday.

The document also showed that out of the N13.1 billion earmarked for the ministry of education for capital projects, N1.7 billion would be spent on intervention to improve nutrition in 26 boarding secondary schools in the state.

According to the document, N1.49 billion will be spent on the rehabilitation, equipping, and conversion of 16 schools across the state to full boarding facilities and N190.7 million on procurement of science, technical and vocational equipment.

Also, N163.2 million was allocated for the procurement of white marker board, smartboard, and other teaching and instructional materials for schools, while N1.0 billion was earmarked for fencing of schools.

Similarly, N500 million was allocated for disaster intervention against fire, windstorms, and rainstorms in 50 secondary schools across the state.

The state government also earmarked N20.3 million for the conduct of emotional intelligence training for school Guidance and Counselors.

A total of N150 million would be spent on the development and deployment of the education portal and the sustenance of the e-learning platform.

The document also showed that N2.billion was earmarked for the World Bank-supported Adolescent Girls Initiative for Learning and Empowerment project and N3.0 billion was for Global Partnership for Education.

Out of the N278.6 billion total budget estimate, N94.1 billion was earmarked for recurrent expenditure, and N184.5 billion for capital expenditure, representing 66.4 percent of the total budget.

Of the total budget, the education sector got the largest chunk of N69.8 billion, representing 25 percent with 41.7 billion allocated for capital spending and N28 billion for recurrent expenditure.

College of Education, Zaria got a total of N2.9 billion with N1.1 billion for capital expenditure and N1.8 billion for recurrent.

While signing the budget on Wednesday, El-Rufai described the document as “the budget of the people and budget of sustainable growth”.

He commended the Kaduna State House of Assembly for its thorough work on the draft budget estimates.

The governor pointed out that the assembly increased the budget from the N233 billion proposed by the executive to N278.58 billion to accommodate more project requests from citizens.

In another development, The Niger government is to partner with the National Association for Promotion of Agriculture and Food Security Department of the Farmers Council (NAAFS-NFC) to boost food security and national development.

Gov. Abubakar Bello of Niger made this known while inaugurating the state chapter of the NAAFS in Minna.

Bello, who was represented by Alhaji Ibrahim Matane, Secretary to the State Government (SSG) said that the measure would ensure food security for the state and the nation at large.

“We want to assure you that as a government, we will provide the enabling environment for NAAFS to work with our farmers in developing the state agriculture sector in order to ensure food security for the state and the nation,” he said.

“Due to our arable land, we can cultivate round the year because of the natural streams and rivers available to us,” he said.

He said that the state agriculture policy would assist NAAFS to operate with stakeholders in the state.

“We also have the Niger State Agricultural Investment Plan, which provides the kind of investment abounds in the sector,” he said.

The Governor decried a situation where the small-holder farmers in the state are not producing enough food as a result of the farmers not practicing agriculture as a business.

“I am happy that the association is focusing on small-holder farmers because they constitute 90 percent of the rural farmers.

“Today we want to assure you that we will work with you to develop our agriculture sector, which will grow the smallholder farmers,” he said.

He said that government would collaborate with the association to make food available and affordable in the state.

Bello urged farmers in the state to practice agriculture as a business toward creating jobs and wealth in order to sustain the state economy.

Also speaking, Dr. Joseph Okim, the Executive Secretary of NAAFS, said that the organisation was targeting 80 percent of the farming population in the state.

Okim said that NAAFS would create enabling environment for the rural farmers to access agriculture loans and grants, inputs, and implements.

He said that the association would ensure sustainable agriculture practices for the rural farmers in the state.

Earlier, Mrs. Salome Ndakotsu, the State Director, NAAFS, said that the association intends to establish demonstration farms across the state when it starts operations.

Ndakotsu appealed to the traditional leaders in the state to make such lands available to make for smooth implementation of NAAFS programmes.

“I enjoin our royal fathers to make land available for this purpose when the time comes,” she said.

Alhaji Shehu Galadima, Chairman, All Farmers Association of Nigeria (AFAN) who lauded NAAFS for the gesture promised the cooperation of farmers in the state to develop the agriculture sector.